Christians should not be surprised when a work of God is opposed, disappointed ‘certainly’ but surprised ‘No’. A cursory reading of the Bible will reveal that any work of God or upholding of His values will face opposition. 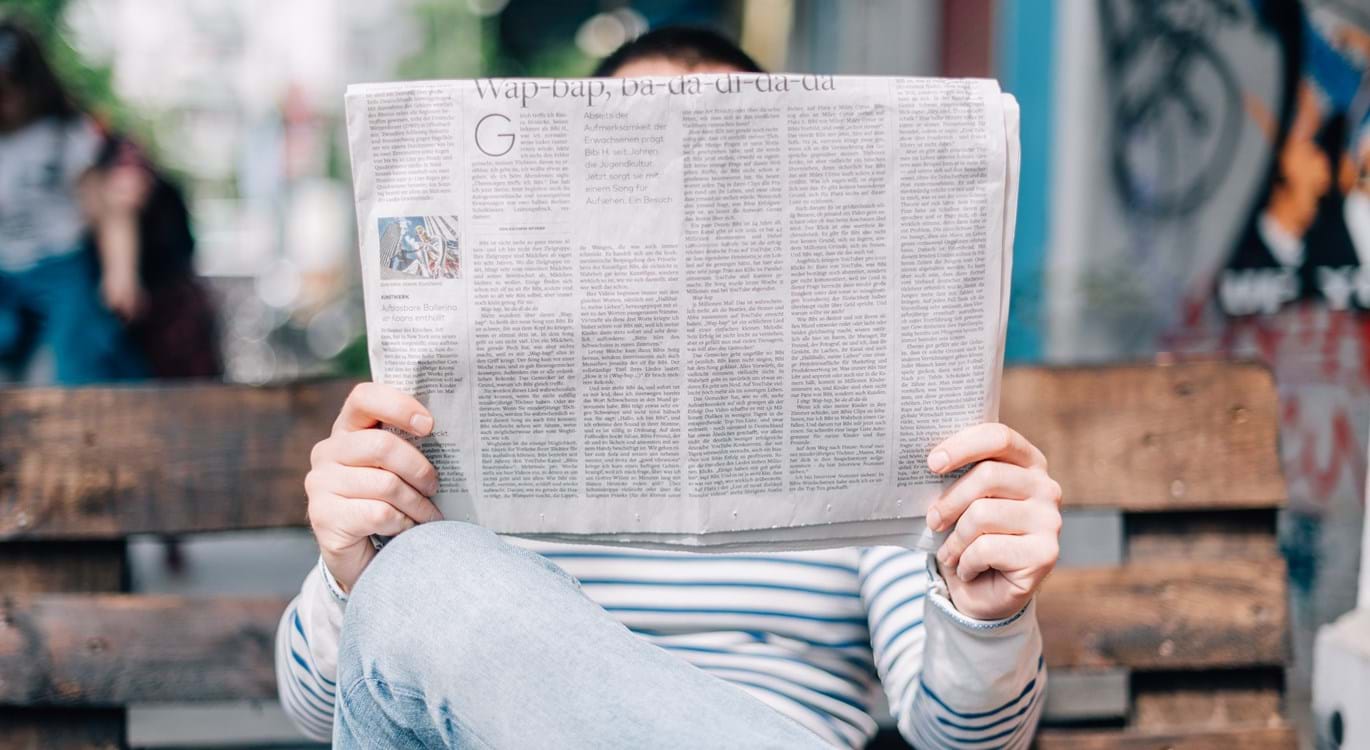 If we paid attention in our Physics class, we would have heard that Sir Isaac Newton's third law of motion states ‘For every action, there is an equal and opposite reaction’. However, if we look to our Bibles, we can be assured that although there will be an opposing reaction to God’s work it is not from an equal. The one true God, the Father of our Lord Jesus Christ, has no equal. He alone is sovereign, omnipotent, omniscient and omnipresent but in His infinite wisdom He does allow and ordain evil to occur.

In the book of Job, we can read how He allows Satan to test Job but places limits on that.

The Lord Jesus informed Peter of that.

‘And the Lord said, "Simon, Simon! Indeed, Satan has asked for you, that he may sift you as wheat. But I have prayed for you, that your faith should not fail; and when you have returned to Me, strengthen your brethren"’ (Luke 22:31-32).

In recent weeks, Christians have seen and read of hostility towards God’s work and His people in three areas. In all three it is disturbing to notice how the narrative has been framed and probably accepted by the majority.

Murder of the Unborn

Changes to the Abortion Law in Northern Ireland (BBC) mean that the safest place for an unborn child, its mother's womb, has now become the most dangerous place for some. The murder of children is now likely to occur on a scale that will dwarf the number killed in the ‘Troubles’. Writing in the Guardian, Anna Cafolla called the last-minute attempt to stop the change ‘a pathetic display of contempt for human rights.’ Her narrative, that human rights must be protected, is a convincing soundbite for many but sadly it totally neglects the human rights of the unborn child.

On the mainland, John Mason, SNP MSP and member of Easterhouse Baptist Church, recently urged the Scottish Government to reduce the abortion limit from 24 weeks to reflect recent medical advances. His motion states: “A baby’s life does not begin at birth but its life before birth is hugely important, and it is now not unusual for a baby to survive if born under 24 weeks. From the point of conception, two lives are involved and both the woman and the baby have the fundamental right to bodily autonomy, health and proper medical care”.

Sadly, his motion was attacked by Scottish Labour Health Spokeswoman Monica Lennon, who said: “This is not a party-political issue, it’s a woman’s rights issue and, therefore, a human rights issue. The Scottish Parliament should be progressive and John Mason’s proposal to reduce access to abortion is regressive.”

I would agree with the narrative of Monica Lennon that abortion is a ‘human rights issue’ but not in the way she would intend. Abortion concerns the rights of the unborn to life and not murder. Any concern for the human rights of the unborn must mean that abortion laws are repealed. One does hope that in years to come people will look on this evil in the same way we now look on slavery, questioning how it could have ever been allowed.

At the same time as the authorities passed laws to eliminate unwanted children before they pass through the birth canal, the government in Scotland sought to protect children by passing a law that bans smacking children (BBC).  Unfortunately, this move, that many with good intentions have proposed, is deeply flawed. It removes rights from loving parents to lovingly discipline their own children. Laws against violence have existed for many years and are perfectly adequate for prosecuting anyone who commits such acts. This new law will criminalise loving parents who use smacking as one of the ways to train their child. Sad to say, but the authorities have gone against the wisdom of God.

He who spares his rod hates his son, but he who loves him disciplines him promptly (Proverbs 13:24).

The rod and rebuke give wisdom, but a child left to himself brings shame to his mother (Proverbs 29:15)

The narrative of the proponents is worth considering. The smacking ban bill was introduced by Scottish Greens MSP John Finnie, who said that it will "send a strong message that violence is never acceptable in any setting". Notice how ‘smacking’ is labelled as ‘violence’. A common tactic in garnering support for your view is to twist the narrative by changing words. No one would say that ‘violence is acceptable’ but to equate all smacking with violence is incorrect. Violence can be defined as ‘the use of physical force so as to injure, abuse, damage, or destroy’. A loving parent will use all forms of discipline to train and build up their child in correct behaviour; this may include smacking but that need not be defined as violence.

The third area that had a twisted narrative concerned a fast-food outlet. When we hear that a fast-food restaurant will close after its six-month pilot period, we might suspect that it’s because the authorities have a desire to promote healthy eating. Not in the case of Chick-fil-A, that opened its first UK restaurant in Reading, England. The mission statement of the USA- based restaurant chain founded by S. Truett Cathy, an evangelical Christian, declares that their ultimate objective is "To glorify God by being a faithful steward of all that is entrusted to us."

Like many large companies, they do make significant donations to organisations. The largest recipient, in 2017, was the Fellowship of Christian Athletes, a sports-based organisation who believe the standard biblical teaching that, "The Bible is clear in teaching on sexual sin including sex outside of marriage and homosexual acts. Neither [...] constitute an alternative lifestyle acceptable to God."

Chick-fil-A’s support of them and other Christian groups has drawn howls of protest from Reading Pride, which has applied huge pressure on the authorities and urged the LGBT+ community and its allies to attend a 'Get the Chick out' protest. Reading Labour councillor Sarah Hacker said: "We can make sure that they don't spread their hatred across the UK" (BBC). Jennie Rigg, former chair of the LGBT+ Liberal Democrats, was one of many who spoke out against the chain. “I'm not going to give my money to a company that will give their money to people who want to eradicate people like me"(Vice).

The words ‘hatred’ and ‘eradicate’ have been used. These will most likely be accepted and used by the vast majority of people. There seems to be a failure, or wilful neglect, to understand that Christians who hold an opposing view, or disagree with a certain lifestyle, do not automatically hate, or desire to eradicate, a person. Chick-fil-A themselves said in a statement that “recent coverage about Chick-fil-A continues to drive an inaccurate narrative about our brand." This inaccuracy was clearly demonstrated when, in 2016, the Chick-fil-A restaurant in Orlando opened on a Sunday (Chick-fil-A are noted for not opening on a Sunday) to hand out free food to first responders, blood donors, and law enforcement working at the mass shooting that had occurred at the gay nightclub, Pulse. They showed love to those whose lifestyle the corporate body disagreed with.

Using a distorted narrative is a long-established tactic of those opposed to God’s work and His people. In Ezra chapter four we can read that opponents sent letters to the authorities attempting to thwart the building of the new temple in Jerusalem. They included a fanciful and biased prediction of future rebellion, ignoring the fact that there had been exemplary conduct in serving the government and writings urging the people to seek the welfare of the city and to pray to the LORD for its welfare.

What can we learn and how should we respond?

Christians must always expect opposition when God’s values are promoted. If true Biblical teaching is being upheld it will be opposed. That does not mean we should be silent, but we should speak with grace and wisdom. There is no valid reason for a Christian to lack self-control and display rage as these signs often accompany those whose argument is weak.

‘Walk in wisdom toward those who are outside, redeeming the time. Let your speech always be with grace, seasoned with salt, that you may know how you ought to answer each one’ (Colossians 4:5-6).

Christians need to get people to question the accepted narrative.

In each of the three areas highlighted in this article the narrative has been grossly distorted. When these subjects are discussed, it is perfectly reasonable to question the words being used. If it is human rights for all, then what about the unborn? Is all smacking really violence?  Does a different viewpoint mean that I hate you? We often repeat words and phrases without thinking about what we are really saying. Making people consider and reflect on the words they use is a simple step that can be very effective in shaking what was considered a strong belief.

Remember, our objective is not to win an argument but to gain a hearing, to show that Christians are not intolerant bigots and to point to the Lord Jesus Christ, the Saviour of the world.

In 1897, at a time of great personal crisis, Paul Gauguin completed the painting he described as his masterpiece and in the left-hand corner he placed a fascinating inscription.

Defend the Rights of the Poor and Needy

Who are the needy in our society, whose rights are being violated?

As the United Kingdom will shortly have a new Prime Minister it is helpful to reflect on the attitudes and actions a Christian must have to those in authority.