Researching the life of the 19th century cricketer C. T. (Charlie) Studd, I was reminded of one of his most famous statements: “If Jesus Christ be God and died for me, then no sacrifice can be too great for me to make for Him”. 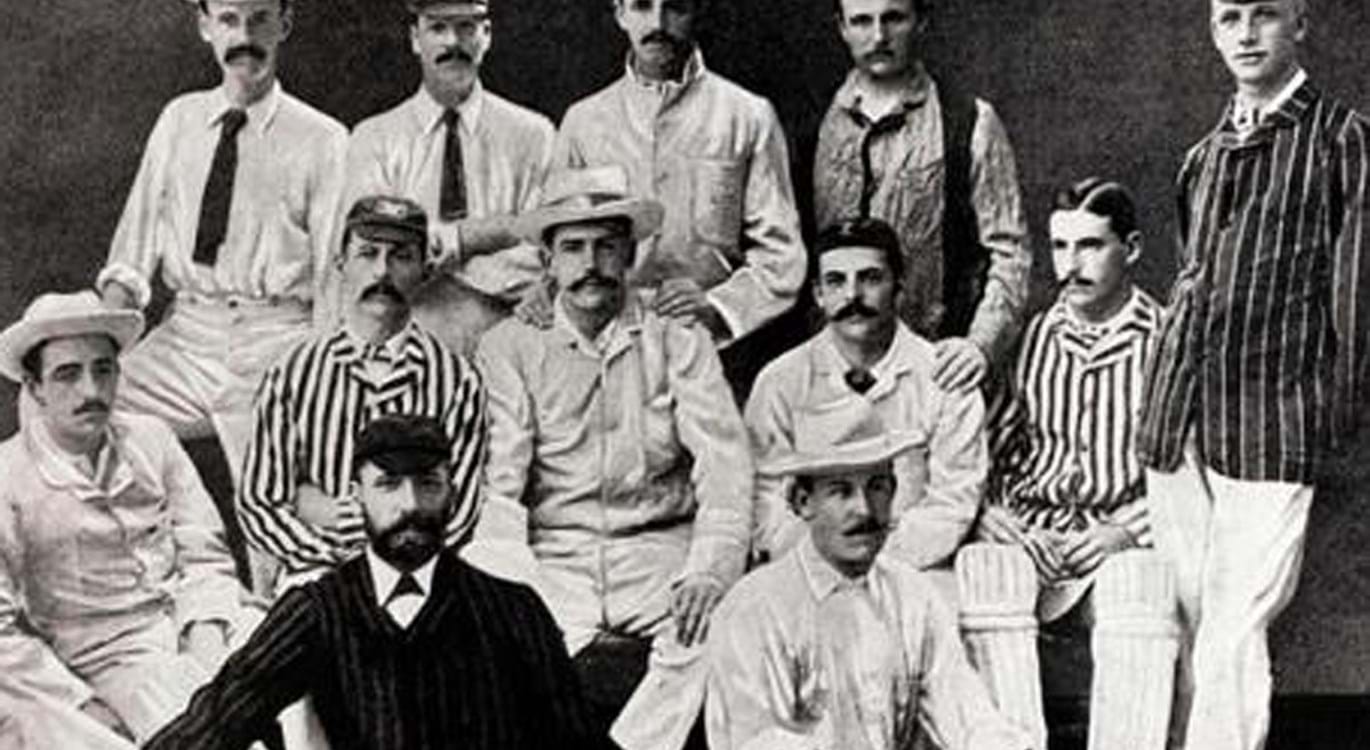 The logic of the argument put forward by Studd is clear, but it does raise two huge questions. First, is Jesus Christ God? Second, did He die for C. T. Studd? Read Norman Grubb’s biography of Studd[1] and you will be left in no doubt that he believed the answer to each of these questions is an emphatic “Yes”. He gave up fortune, fame and career to take the good news message of forgiveness of sins, peace with God and eternal life through Jesus Christ to China, India and South Africa, suffering huge deprivations, and enduring tremendous hardships and years of ill health. For Studd, the word “if” in his statement could legitimately be replaced with “since”.

Was Studd right, then, or was he deluded? And what are the implications for us today?

Who Is Jesus Christ?

Jesus Christ is clearly a historical figure. Otto Betz, professor of New Testament at Chicago Theological Seminary in the 1960s, said: “No serious scholar has ventured to postulate [suggest or assume] the non-historicity of Jesus”.[2]

More than that, He was an outstanding man. The Bible records crowds being “astonished at his teaching, for he taught them as one who had authority, and not as the scribes” (Mark 1:22 ESV). His own disciples, witnessing Him calm a terrible storm, asked: “Who can this be? For He commands even the winds and water, and they obey Him!” (Luke 8:25). And when officers sent by the authorities to arrest Him returned empty-handed, and were questioned as to why, they replied, “No one ever spoke like this man!” (John 7:46 ESV).

If you are thinking the Bible takes a biased view, non-Christian sources confirm the lasting impact of Christ’s teaching. Thomas Paine, who held Christianity in utter contempt, said this about Him: “He was a virtuous and an amiable man. The morality that he preached and practiced was of the most benevolent kind . . . it has not been exceeded by any”.[3]

A historical figure. An outstanding person. But the crucial question remains: is He God?

Who did He claim to be?

The fact is that He repeatedly claimed to be the Son of God, equal with God, with all the attributes of God – God the Son.

Was His claim true? McDowell, in “The New Evidence That Demands A Verdict” already quoted, devotes a whole chapter to what he calls “The Trilemma”, his argument that only three alternatives are possible as to the kind of person Jesus was. He proposes that Jesus was a liar, a lunatic or Lord. He notes first that Jesus’ claim to be the Son of God was either true or false. If it was false, one alternative is that He knew it was false, in which case He was a liar, deliberately deceiving His listeners. Let’s test that first.

Was He a liar?

Is that all possible?

Consider His impact on humanity for the last 2,000 years: the institutions and hospitals, the abolition of slavery, the higher standards of justice, the enhanced regard for human life, the charities that have been founded on His teachings.

William Lecky, one of Great Britain’s most noted historians and a dedicated opponent of organised Christianity noted this: “The simple record of [Jesus’] three short years of active life has done more to regenerate and soften mankind than all the disquisitions [essays or discussions] of philosophers and all the exhortations of moralists”.[4]

Someone who lived, taught and died as He did couldn’t have been a liar.

But what if He didn’t know His claim was false, i.e., He was sincerely deluded? That would make Him a lunatic.

Was He a lunatic, then?

Philosopher Peter Kreeft has suggested that the size of gap between what I think I am and what I really am is a measure of my insanity. If I simply believe that I am the most handsome, youthful looking 66-year-old in the world, I’m simply an arrogant fool. If I think I am Julius Caesar, I am probably over the edge. If, however, I think I am God, that’s another dimension of insanity altogether because of the gap between anything and everything finite and the infinite God.

An unbiased look at the words, the acts and the overall character of Jesus Christ shows that to conclude that this Man who claimed to be God was actually a lunatic is not an option.

That leaves only one alternative. Jesus’ claim was true; He is God.

So His disciple Peter was right when he said: “You are the Christ, the Son of the living God” (Matthew 16:16). And then there was that other disciple, Thomas, who had serious doubts about Jesus’ resurrection until he saw Him face to face, very much alive but complete with the wounds He had received when nailed to a cross a few days before. Thomas correctly acknowledged: “My Lord and my God” (John 20:28).

Did He die for us?

If C. T. Studd correctly concluded that Jesus Christ is God, was he also right to believe that Christ died for him? Again, weighing up the evidence, what other reason could there be why a Man who had power to still storms, to cast out hordes of demons (Mark 5:1-20), to raise the dead (John 11:38-44), and to walk through an angry mob unharmed when they had decided to throw Him off the edge of a cliff (Luke 4:28-30), would allow Himself to be crucified. It’s worth noting, too, that when the soldiers and officials came to arrest Him and He spoke to them with authority, they all fell on their knees in front of Him (John 18:1-6). So why did He then give Himself into their hands?

The simplest explanation is the one the Bible repeatedly gives: that “Christ Jesus came into the world to save sinners” (1 Timothy 1:15); that “Christ . . . suffered once for sins, the righteous for the unrighteous, that he might bring us to God” (1 Peter 3:18 ESV); that “Christ died for our sins according to the Scriptures, and that He was buried, and that He rose again the third day according to the Scriptures” (1 Corinthians 15:3,4). C. T. Studd, and you and I, too, were headed for eternal punishment from God because we had broken His laws and gone our own way, but Christ, the holy Son of God, who has no sin, died as a suitable sacrifice to pay the ultimate price for sin, and proved it by rising again three days later.

T. Studd was right on both counts. Jesus Christ is God and He did die for us.

What are the implications for us?

The God whom we have offended by our sin has made amazing provision for us in the giving of His Son, Jesus Christ, to rescue us from sin’s consequences. The Bible summarises the situation like this: “how shall we escape if we neglect so great a salvation?” (Hebrews 2:3).

You say, “what should I do, then?” You can do no better than to acknowledge your sin before a holy God and to bow before Jesus Christ as Thomas did, to say to Him “My Lord and my God”, and to welcome Him into your life to be Saviour and Lord there. Then, like C. T. Studd, to be willing to make any sacrifice He might demand of you, not to win His favour, but out of gratitude for His amazing love and grace that has saved you. 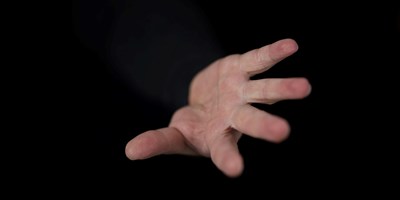 When No One Else Can Help, Jesus Can

Whatever your circumstance, He is able to meet you there and to bring you real hope – in this life and for eternity. He is the answer. 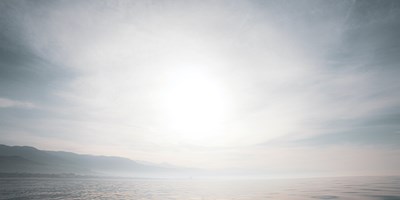 Jehovah Mekaddishkem – The Lord Who Sanctifies You

As a result of that disobedience, the whole human race has been defiled so that no one is fit to come near to God; nor can anyone devise his or her own means of approach. 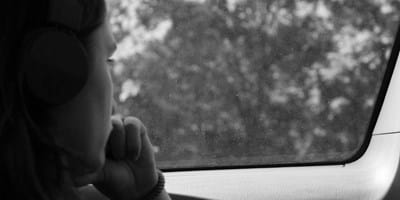 A Christian May Be Lonely But Is Never Alone 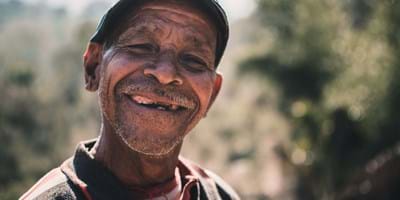 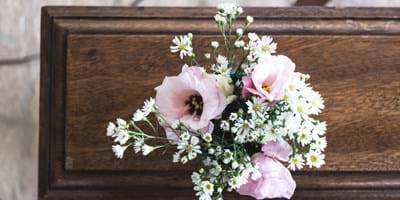 Jesus’ Compassion For The Lonely 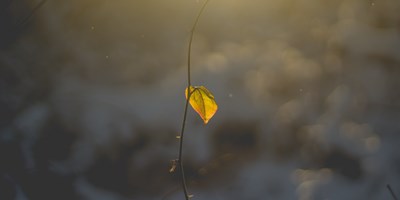 One Man Was Truly Lonely 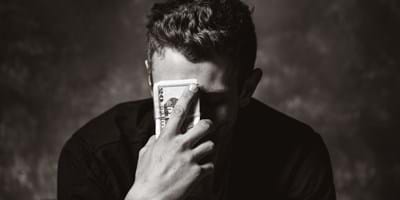 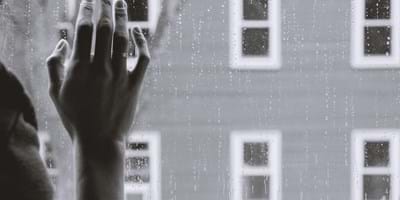 Jesus Is The Friend To The Lonely 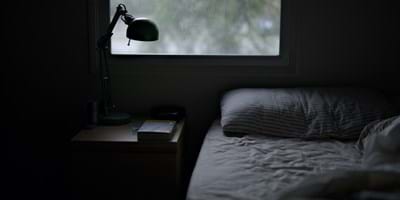 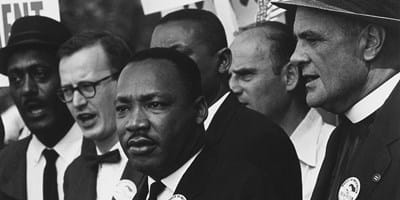 Can Light Drive Out The Darkness?