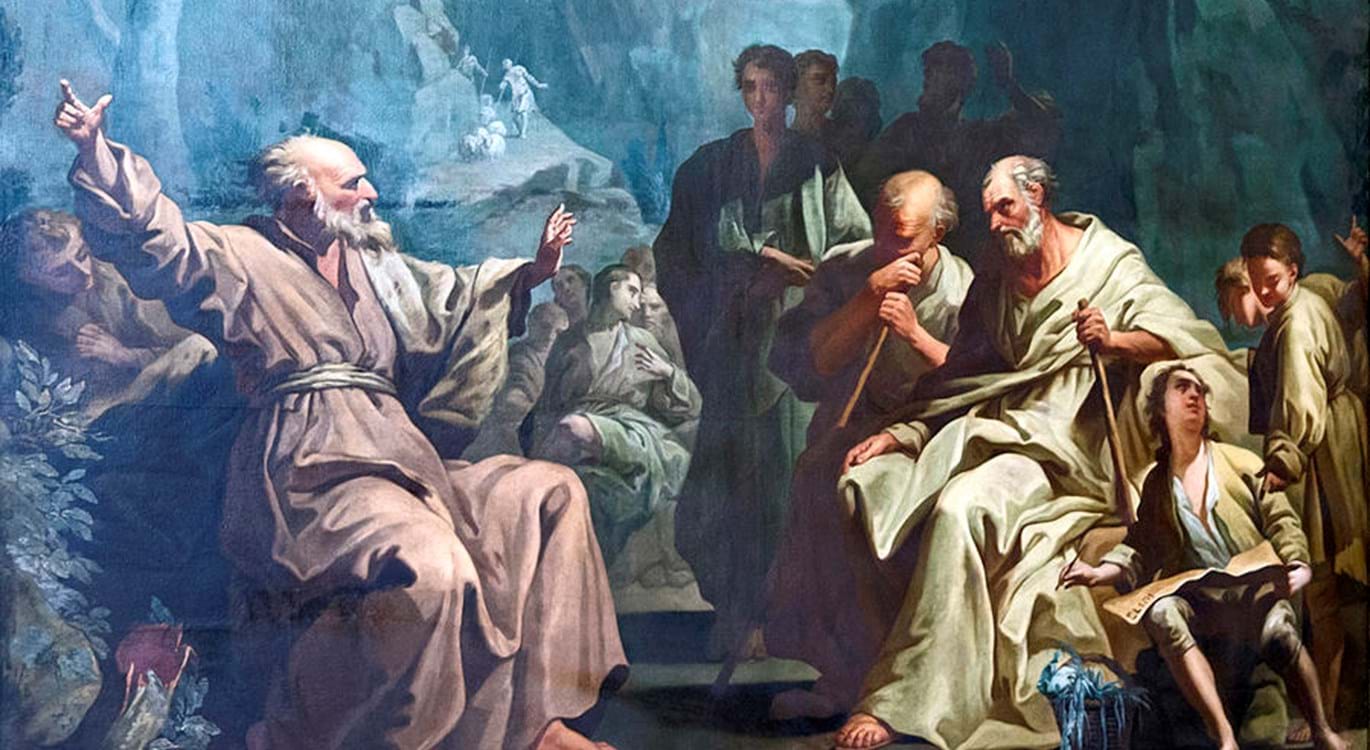 ‘As prophet in your place’

Elisha was to be anointed as prophet because he was Elijah’s God-appointed successor.

Prophets are familiar characters to anyone who reads the Old Testament. They have a significant role in God’s dealings with men. Abraham was the first designated prophet. Thereafter, many prophets from diverse backgrounds served God among His people: Moses was educated as an adopted prince of Egypt; Ezekiel and Jeremiah were priests as well as prophets; David was first a shepherd, then warrior, king, poet and prophet; Amos was a herdsman; Daniel was a civil servant.

A prophet spoke for God

Prophets were God’s chosen method of communication to men: they were His spokesmen.

I have also spoken by the prophets, And have multiplied visions; I have given symbols through the witness of the prophets. (Hosea 12:10)

Moses is a good example of a man whom God chose to speak for Him. At Mount Sinai, Israel had the opportunity of hearing directly from the Lord, but the signs of His presence terrified the people. Instead, they asked Moses to be a go-between and deliver the words of God to them.

I stood between the Lord and you at that time, to declare to you the word of the Lord; for you were afraid because of the fire, and you did not go up the mountain. (Deuteronomy 5:5)

And the Lord spoke to Moses, saying, “Speak to all the congregation of the children of Israel, and say to them: ‘You shall be holy, for I the Lord your God am holy. (Leviticus 19:1-2)

Since the day that your fathers came out of the land of Egypt until this day, I have even sent to you all My servants the prophets, daily rising up early and sending them. Yet they did not obey Me or incline their ear, but stiffened their neck. They did worse than their fathers. “Therefore you shall speak all these words to them, but they will not obey you. You shall also call to them, but they will not answer you. (Jeremiah 7:25-27).

A prophet was tested by the people

If a man claimed he was a prophet, and was therefore speaking for God, his credentials were to be tested. This made perfect sense as his words were to be received with all the authority of God’s words. Claiming to be a prophet was dangerous, with severe consequences falling on an imposter.

I will raise up for them a Prophet like you from among their brethren, and will put My words in His mouth, and He shall speak to them all that I command Him. And it shall be that whoever will not hear My words, which He speaks in My name, I will require it of him. But the prophet who presumes to speak a word in My name, which I have not commanded him to speak, or who speaks in the name of other gods, that prophet shall die.’ And if you say in your heart, ‘How shall we know the word which the Lord has not spoken?’— when a prophet speaks in the name of the Lord, if the thing does not happen or come to pass, that is the thing which the Lord has not spoken; the prophet has spoken it presumptuously; you shall not be afraid of him. (Deuteronomy 18:18-22)

Moses told the people that the Lord would put the words into the prophet’s mouth. The veracity of the prophet’s claims would then be proved by the fulfilment, or otherwise, of his words. If his words did not come to pass as he said they would, the prophet was false and had to be put to death. Anyone who represented himself as a prophet and passed on a false message was liable to the death penalty. God would not tolerate being misrepresented and His people deceived. Why should we think that the passing of time would change His attitude to people claiming to speak for Him?

A prophet brought the people to God

The credentials of a prophet were subject to a reality check. The test was whether a prophet drew people to the Lord or lured them away from Him.

Yet He sent prophets to them, to bring them back to the Lord; and they testified against them, but they would not listen. (2 Chronicles 24:19)

Similar tests are laid down in the New Testament when words are spoken, or work is done, in the name of the Lord. The tests are objective and clear.

Therefore I make known to you that no one speaking by the Spirit of God calls Jesus accursed, and no one can say that Jesus is Lord except by the Holy Spirit. (1 Corinthians 12:3)

Beloved, do not believe every spirit, but test the spirits, whether they are of God; because many false prophets have gone out into the world. By this you know the Spirit of God: Every spirit that confesses that Jesus Christ has come in the flesh is of God, and every spirit that does not confess that[a] Jesus Christ has come in the flesh is not of God. And this is the spirit of the Antichrist, which you have heard was coming, and is now already in the world. (1 John 4:1-3)

The consistent testimony of scripture is that among his own people a prophet was usually unpopular.

That this is a rebellious people, lying children, children who will not hear the law of the Lord; who say to the seers, “Do not see,” and to the prophets, “Do not prophesy to us right things; speak to us smooth things, prophesy deceits. (Isaiah 30:90-10)

The Word of God has never been universally popular, even among the people of God. When people do not want to hear what God has to say, they tend to reject the messenger as well as the message. History is full of godly men and women who were badly treated because they brought the words of God to the people, even to the point of death. Nonetheless, God continued to send his prophets among His people, that His voice might be heard.

The prophets’ work was very important in the nation of Israel. They appeared at pivotal times, and often in extreme circumstances. Most of them were ordinary men who were raised up by God to intervene in the affairs of state. Some were called to challenge the whole nation (1 Kings 18:21), some had to rebuke evil kings (1 Kings 21:17-24; Daniel 5:17-28), and many were given power to perform miracles to validate their authority.

"Many of us might think that another version of ourselves would be the ideal solution, when it may well be the last thing that the Lord’s work requires."

Prophets were preachers, teachers, messengers, policemen, watchmen, leaders and anything God required them to be, in whatever circumstance God placed them. They were God’s men among His people. Elijah had been that man and now it was going to be Elisha. God was removing one prophet and replacing him with another: one man for one time and another man for another time. This is the pattern of succession among the people of God; David wanted to build a temple for the Lord, but had to gave way to Solomon; Haggai had his ministry, but God brought in Zechariah to continue what he had started; despite all his failure, Samson paved the way for Samuel’s victory by destroying the flower of the Philistine army, but he would never live to see the triumph.

Coming to terms with the limitations of our place in God’s plan can be difficult. However, there is comfort in knowing that God will always be preparing someone to take on the work, and that the responsibility of continuance is God’s, and not ours.  Elijah was to be involved in Elisha’s training, but he did not choose Elisha; that was God’s prerogative. Our choices can never be as informed as God’s, neither can they be as objective.