A man suddenly told to find and train up his successor might be expected to react with some resentment. After all, he is being informed that he is not irreplaceable, and that his time for service is over. Just as the Lord's work had earlier required his presence, it now required his absence. The first step for Elijah was to anoint Elisha. 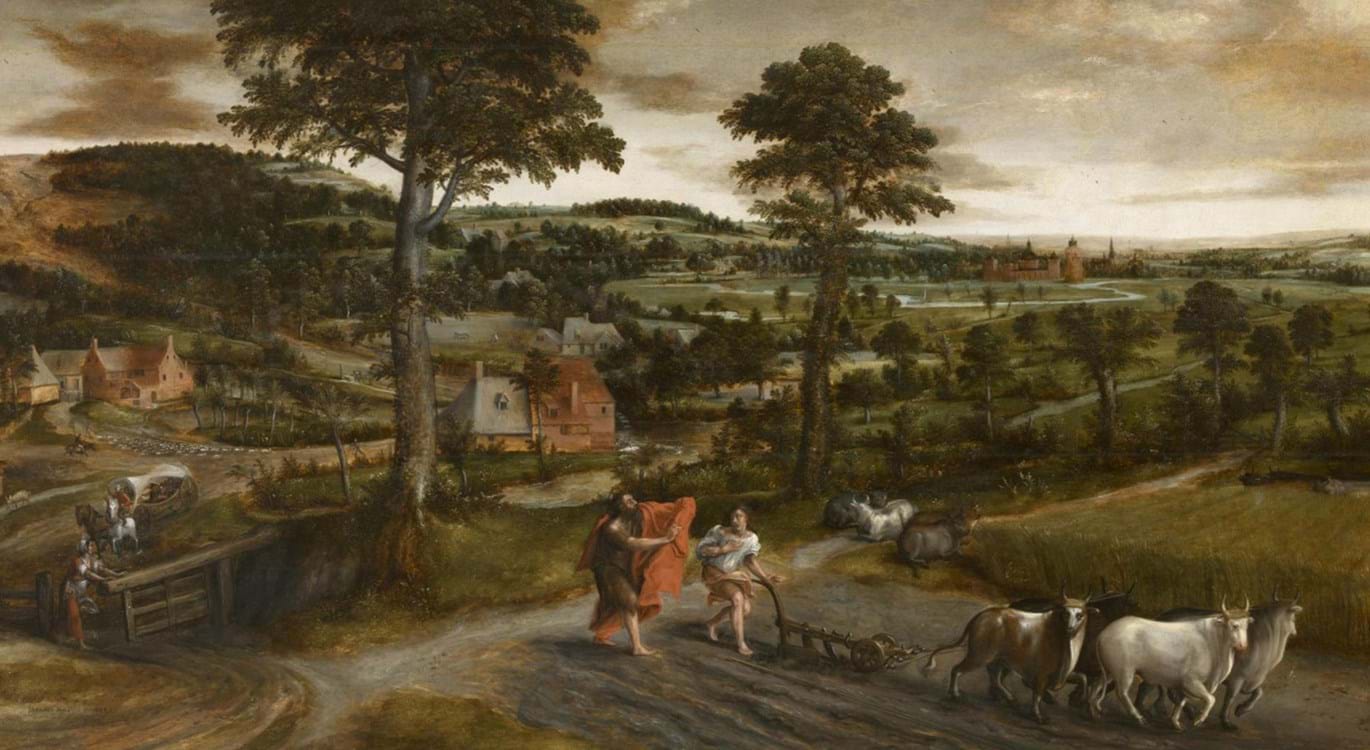 What did anointing mean?

This may have been a common procedure for prophets, but Elisha is the only one whose anointing is expressly recorded in Scripture.

In the Old Testament, anointing was carried out by pouring oil on a person’s head as a symbolic act designating them for a particular role. Usually, priests (Exodus 28:41) and kings (1 Samuel 10:1) were anointed. Objects could also be anointed if they were being set apart for a special use (Exodus 29:36). The anointing was purely symbolic. There was nothing miraculous about the oil or the ritual.

Elisha’s anointing was accomplished by the strange symbolic gesture of Elijah’s mantle being “cast upon him” (1 Kings 19:19). There is no mention of oil being poured or words being spoken. It seems that the gesture spoke for itself and was understood by both Elijah and Elisha. “There is only a dramatic act that both parties understand.”1 Elijah’s mantle continued to provide a significant symbol of Elisha’s prophetic succession. Later, when Elijah is taken up to heaven in a chariot of fire, Elisha “took up also the mantle of Elijah that fell from him, and went back, and stood by the bank of Jordan; And he took the mantle of Elijah that fell from him, and smote the waters, and said, Where is the Lord God of Elijah? and when he also had smitten the waters, they parted hither and thither: and Elisha went over” (2 Kings 2:13-14).

Elisha’s call to his prophetic ministry is remarkable in its ordinariness.

Unlike Ezekiel, he received no dramatic vision; nor were there cherubim and seraphim appearing to him as in Isaiah's experience; he did not get to stand before a burning bush and hear a miraculous voice like Moses. In fact, as far as the inspired record is concerned, Elisha had no direct encounter with God as his call to prophetic ministry was brought to him by Elijah alone.

After he was anointed, Elisha was the same man as before; the only difference was that he was now publicly marked out for a particular service for the Lord.  In the same way, the Apostles in the New Testament laid their hands on those who were going to undertake a particular task for the Lord (Acts 6:6, 13:3). By laying their hands on them, the Apostles communicated their fellowship in a public, symbolic act.

Elisha’s anointing did not mean that he was immediately replacing Elijah.

Once the ceremony had taken place Elisha "went after Elijah and ministered unto him" (1 Kings 19:21). The anointed successor became the servant to the master, which is a typical dynamic for biblical succession. The master/servant relationship was expressed by the statement that Elisha was the man who "poured water on the hands of Elijah" (2 Kings 3:11).

We are not given an insight into the feelings of Elijah, but it may not have been easy for him to publicly identify his successor. What about the challenge for Elisha to humble himself under Elijah’s tutelage, knowing that he would soon take over his role? Elijah and Elisha travelling and serving together are good examples of succession in the Lord’s service, the latter modelling obedience and the former, humility.

Israel was in a terrible state when Elijah found Elisha. Throughout his reign, King Ahab had promoted Baal worship and, along with his wife Jezebel, had fought a running battle with Elijah. Following Jezebel’s death, as the final days and death of Ahab are recorded, any hope of a radical transformation of the nation and a return to the Lord were dashed with Ahab’s son Ahaziah’s succession as King.

It was into this dreadful state of affairs that the Lord called Elisha. He was not called to leisure or pleasure, for there would be no comfort zone for him. The dominant ethos of the day flowed from the institutionalised worship of Baal. The Syrian God ‘Hadad’ was given the Canaanite name of Baal, and was associated with various wicked practices, including child sacrifice (2 Kings 16:1-4; 23:10; Jeremiah 32:33-35; Leviticus 18:21). Elijah had won a great victory against the prophets of Baal on Mount Carmel, but that did not mean that the worship of Baal ceased.

In times like these the people of God needed to hear the word of God. Despite the efforts of Elijah to confront Israel’s departure from the Lord, the drift had continued. God would not cast off His people, despite their rebellion. And so Elijah was instructed to anoint Elisha as prophet in his place, in order that God’s voice would not be silent as His people descended down a steep and disastrous path of idolatry. Elisha would also be a reminder to Israel that God hears and answers prayer, even in a society that was moving further and further into sin. As A.W. Pink observes, “Far more miracles were wrought by [Elisha] or were granted in answer to his prayers than any other of the Old Testament prophets.”2

By instructing Elijah to find Elisha, the Lord was also encouraging his servant. At a very low ebb, feeling lonely and discouraged, Elijah heard that there were thousands of others who had not bowed the knee to Baal – He was not alone. God had a plan and by giving Elijah an insight into the future, and assurance of the fellowship of others in his struggles, the Lord refreshed his servant and brought him back into active duty. James reminds us that Elijah “was a man subject to like passions as we are” (James 5:17). If he was encouraged by the knowledge that others shared his devotion to the Lord and had resisted the evil onslaught of Baal, it can be the same for us. Paul provides us with an example to follow in the New Testament when he expressed his appreciation of the fellowship of the Philippian assembly in the furtherance of the Gospel (Philippians 1:5), and often referred to fellow labourers or the prayerful support of saints from near and far.

The Lord continues to refresh his discouraged servants through His word and the fellowship of saints.For whatsoever things were written aforetime were written for our learning, that we through patience and comfort of the scriptures might have hope. (Romans. 15:4)

Blessed be God, even the Father of our Lord Jesus Christ, the Father of mercies, and the God of all comfort; Who comforteth us in all our tribulation, that we may be able to comfort them which are in any trouble, by the comfort wherewith we ourselves are comforted of God. (2 Corinthians 1:3-4)

Elisha had been chosen by God and anointed by Elijah. Now he had to respond. It is the moment that all of us face when the Lord calls us to serve. It usually happens when another believer speaks to us about getting involved in an existing work for the Lord, in fellowship with others. Whatever that may be, it requires a decision and commitment. The rest of Elisha’s life would be determined by his response to God’s call through Elijah. It is sobering to think that the same is true when God calls us to serve Him today, wherever and whatever that might be.