Everyone knows the old adage, “pride comes before a fall”. This wise saying originates in the biblical book of Proverbs (16:18) but nowhere is it more dramatically and thoroughly played out than in Daniel chapter 4. 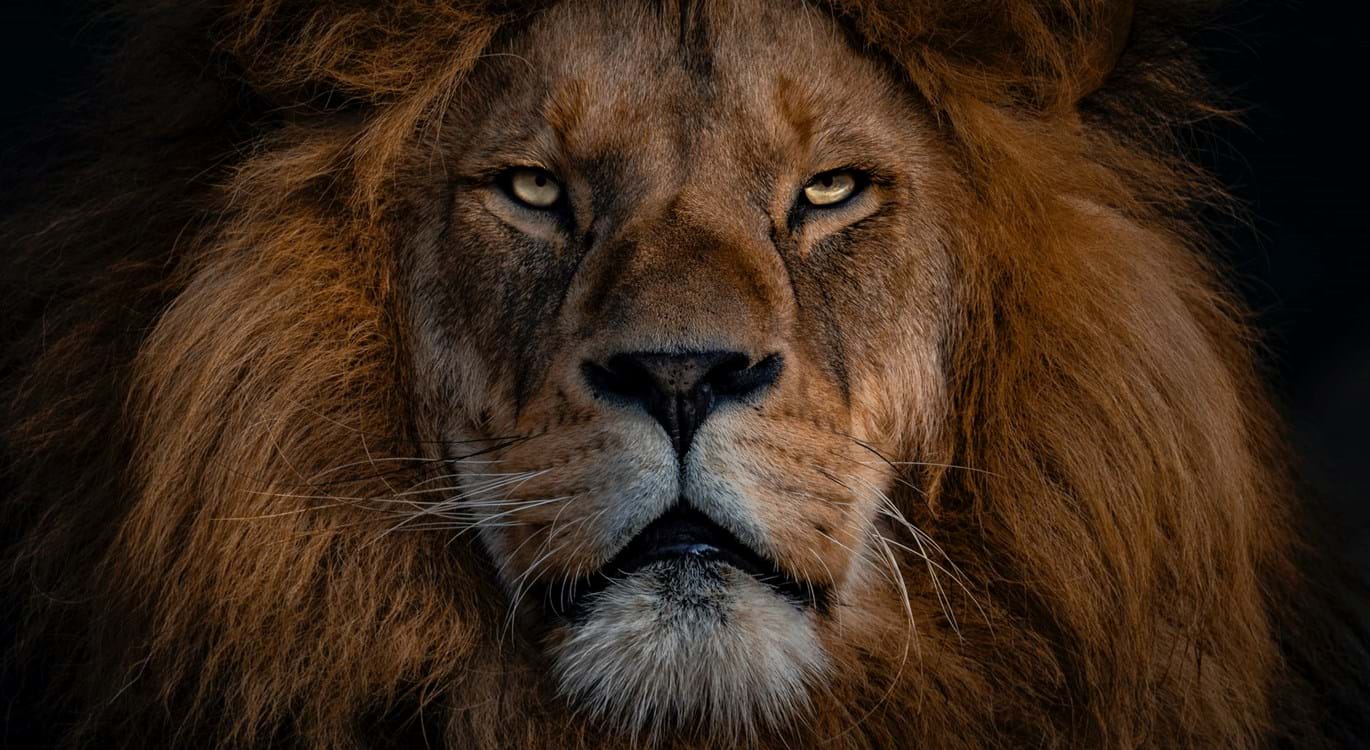 This chapter presents the testimony of Nebuchadnezzar, the mighty Babylonian emperor, as he relates how God dealt with him both in severity and in mercy. Initially, Nebuchadnezzar is consumed with his own greatness, reflected in the empire he built: “Is not this great Babylon, that I have built for a royal dwelling by my mighty power and for the honour of my majesty” (verse 30).

However, by the end of his experience he is consumed with the greatness of God: “I, Nebuchadnezzar, lifted my eyes to heaven . . . I blessed the Most High and praised and honoured Him who lives forever: for His dominion is an everlasting dominion, and His kingdom is from generation to generation” (verse 34).

It is scarcely conceivable that any of the current global leaders would ever say such a thing, and yet Nebuchadnezzar, the most powerful man alive at the time, did exactly that.

We have seen before that the possession of power by humans is not wrong in itself. However, the single-minded pursuit and abuse of power for selfish reasons is clearly wrong. The problem is that humans are sinful creatures, so even those who come to power with the very best of intentions can quickly be corrupted by it. Often liberators turn into oppressors, becoming perpetrators of the very thing they swore to eradicate.

This has happened numerous times even in recent history, in the Soviet Union, Cambodia and Zimbabwe, to name a few examples. Imperfect systems and leaders were replaced by harsher tyrannies and dictators than those that had gone before. At the core of the problem lies the hardness of the hearts of those in power, who regard themselves as the ultimate authority in government. Once they have disregarded God, they can disregard His laws and His creation. Human lives become totally dispensable, mere obstacles to be removed to consolidate power.

One ancient king, David, recognised this: “Blessed are You, Lord God of Israel, our Father . . . all that is in heaven and in earth is Yours; Yours is the kingdom, O Lord, and You are exalted as head over all. Both riches and honour come from You, and You reign over all . . . in Your hand it is to make great and to give strength to all” (1 Chronicles 29:10-12). David understood that the only way to rule righteously and fairly, was to realise that God is the ultimate ruler.

Reach for the stars

Sadly, such sentiments are foreign to most rulers. Ever since our first parents, Adam and Eve, reached out to take the forbidden fruit (Genesis 3:6), humans have been reaching for the throne of God, seeking to supplant Him and reign as autonomous beings.

If God is removed from the equation, we have nothing left to pursue but our own pleasure. The impact of this is ruinous. Assyria, Babylon, Rome – these once great civilisations – all collapsed at the height of their power and decadence. John Lennox identifies the reason for this: “the instability of earthly powers [is] due in part to their extreme vulnerability to the pride and evil that could rise up in human nature” (John Lennox, Against the flow, Monarch Books, 225).

Contemporary society is every bit as fragile as these ancient societies were because we continue to marry pride with power. All sin finds its origin in pride, a defiance in the human heart that says, “God has commanded this, but I will refuse and do what I want instead”.

This manifests itself in different ways. Nowadays, the truth has been replaced by subjective feelings flowing from our deceitful hearts, allowing us to do what we want rather than what we know is right. We demonstrate our supposed goodness by virtue signalling on social media; this makes us feel better about ourselves without addressing our sinful actions.

Those who do not demonstrate agreement to society’s self-validated morality are unlikely to increase their profile, and risk being “cancelled”. But has this improved anything? No – mental illness, suicide, crime and social unrest are all on the rise. As Western civilisation pursues pleasure, it rips itself apart.

The kingdoms of this world are as fragile as the humans who govern them.

The essential severity of God

The essence of Nebuchadnezzar’s issue was that he refused to acknowledge the greatness and glory of God as the absolute ruler of the universe. He was a proud man, and there is nothing God hates more than pride.

As the absolute ruler of the universe, God cannot allow this rebellious attitude to go unchecked: “God resists the proud, but gives grace to the humble” (James 4:6). Nebuchadnezzar has a day of reckoning to face.

God, through Daniel, revealed that Nebuchadnezzar was going to experience an astonishing judgement: “They shall drive you from men, your dwelling shall be with the beasts of the field, and they shall make you eat grass like oxen” (verse 25).

There is a poetic justice to this judgement. The king has forgotten what makes humans unique – we are moral beings, with the ability to choose between right and wrong. His actions declare that for him there is no right or wrong, no absolute moral standard – only desire. In his pride, Nebuchadnezzar has descended into animal-like behaviour.

This should be a sobering lesson for the people of our day, many of whom want to live without God. Nebuchadnezzar has been given a small insight into what a world without the grace of God looks like. Man should be careful what he wishes – life without God can only lead to misery as we are robbed of any meaning, purpose or value in our existence. We are totally stripped of our dignity.

The fierce mercy of God

The judgment was severe, yes, but it was also merciful. Because pride and the sin that flows from it are so devastating, it would have been no kindness of God to allow Nebuchadnezzar to continue on this pathway without warning. It would have resulted in his ultimate and eternal ruin.

In the end, God wanted Nebuchadnezzar to understand “that the Most High rules in the kingdom of men, and gives it to whomever He chooses” (verses 17, 25 and 32). God has fiercely maintained this truth – not because that is what is best for Him, but because that is what is best for us. Nebuchadnezzar’s closing testimony is that individuals can only maximise their potential and truly enjoy their life when they submit to the authority of God (verses 34-37).

Our consideration of Daniel chapter 4 leaves us wondering if there is any hope for humanity. If even the best of us is corrupted by receiving power, will God’s command to “fill the earth and subdue it; have dominion over the fish of the sea, over the birds of the air, and over every living thing that moves on the earth” (Genesis 1:28) ever be fulfilled?

Praise God, the answer is yes. In chapter 7, God gives Daniel a foresight of the day when global dominion is transferred to a man – not a mere man, but a real man: “behold, One like the Son of Man, coming with the clouds of heaven! He came to the Ancient of Days, and they brought Him near before Him. Then to Him was given dominion . . . His dominion is an everlasting dominion, which shall not pass away, and His kingdom the one which shall not be destroyed” (Daniel 7:13-14).

This glorious person, the Son of Man, is none less than our Lord Jesus. The prophet Zechariah gives a further insight into how He can exercise permanent, worldwide rule: “He shall bear the glory, and shall sit and rule on His throne” (Zechariah 6:13). As a perfect, sinless man, He can bear the weight of universal authority and remain uncorrupted by it. One day, this world will realise its potential as He reigns in righteousness.

Such greatness has not gone unnoticed. The following words are attributed to the exiled French general Napoleon as he considered the accomplishments of brilliant men throughout history: “I know men and I tell you that Jesus Christ is no mere man. Between Him and every other person in the world there is no possible term of comparison. Alexander, Caesar, Charlemagne, and I have founded empires. But on what did we rest the creation of our genius? Upon force. Jesus Christ founded His empire upon love; and at this hour millions of men would die for Him”.

This chapter is tremendously heartening for the believer. It tells us that no one is beyond the reach of the gospel. If God can break the stubborn resistance of a proud and arrogant man like Nebuchadnezzar, we can face the most ardent unbeliever with the confidence that the grace of God can transform them. “The king’s heart is in the hand of the Lord, like the rivers of water; He turns it wherever He wishes” (Proverbs 21:1).

And more, it reminds us that we are absolutely not in control (what a disaster it would be if we were), but God absolutely is. As society crumbles around us, we can be assured of this, “that the Most High rules in the kingdom of men, and gives it to whomever He chooses” (verses 17, 25 and 32). God is still on the throne.