At the beginning of the 2001 movie, The Lord of the Rings: The Fellowship of the Ring, the narrator gives an explanation of why men were deceived by the subtlety of the dark lord, Sauron – “the race of men, who above all else desire power”. Although it is a fictional work, this statement captures the essence of human mentality. 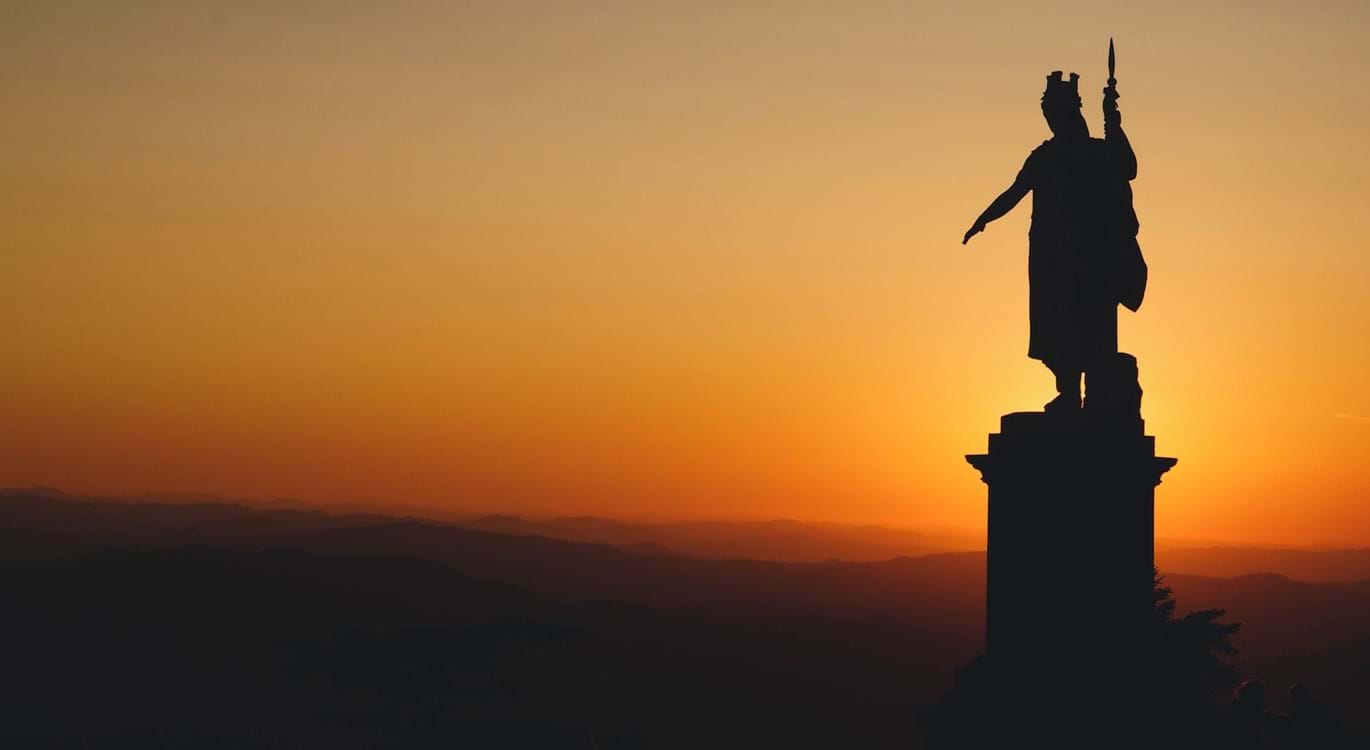 The course of history has been driven by the actions of power-hungry individuals. Men crave power and when they receive it, they want everyone to know it. The ravenous lust of kings, warlords and emperors for dominion has brought untold misery to millions.

Daniel chapter three is all about power. The Babylonian emperor, Nebuchadnezzar, is a totalitarian dictator who reigns with (what he thinks is) absolute authority. Daniel later describes his supremacy by saying, “Whomever he wished, he executed; whomever he wished, he kept alive” (Daniel 5:19).

Nebuchadnezzar thinks he can force anyone and everyone to do what he wants. If they refuse to comply, he will destroy them. But he is going to discover that there is a power far beyond his.

In the previous chapter, God gave Nebuchadnezzar an insight into His plan for the ages. This was revealed in the form of a great statue, representing four powerful kingdoms of which Nebuchadnezzar’s was the first, being destroyed by a stone striking its feet. Daniel explained the significance of this – Nebuchadnezzar’s empire, along with all other human kingdoms, would ultimately be destroyed and God would establish an endless kingdom (Daniel 2:34,44).

This ought to have humbled Nebuchadnezzar, but, blinded by arrogance, he sets up his own statue to represent the glory and might of his kingdom (verse 1). He thinks he can override the will of God. Not content with this, he issues a nationwide decree compelling the worship of the idol. And the majority of his subjects comply.

The question arises, why did everyone (with the exception of Shadrach, Meshach and Abednego) meekly submit to the king’s command? Nebuchadnezzar wanted them to worship the statue as if it was God. This is ridiculous – these were intelligent people, they had watched its construction and knew it was just a lump of metal.

The simple reason is the power imbalance – Nebuchadnezzar was a lot more powerful than they were. They did not fear the idol, but they did fear the king. Refusing to obey would have been political, professional and literal suicide. So they chose the path of least resistance. They did what they knew was false and empty, but preserved their position and wellbeing.

In the intervening 2,700 years not much has changed. In our day, few dare to question the default world-view of naturalistic atheism, in spite of its many flaws. Why? Because they are convinced it is true? No – they fear being ridiculed for challenging the status quo. When immoral lifestyles are promoted, hardly anyone will oppose these practices even though they are clearly damaging to those who engage in them. Why? Because they are convinced it is the right thing to do? No – they fear the stigma of speaking out, of being labelled as ‘bigots’.

What makes it even more difficult is that, just as with the nationwide decree to worship the idol, all of these things are presented under the banner of human unity. We’ve heard this before – the original builders of Babylon declared an aspect of their purpose was to ensure they were not “scattered abroad over the face of the whole earth” (Genesis 11:4).

This sounds like a noble ambition, but there is an ulterior motive – to reject God. The objective of human unity is usually just a front for defying God and declaring man as the ultimate being.

Believers have a higher calling. To stand up for what is true and right, regardless of personal cost. Jesus could not have made this clearer – “Blessed are those who have been persecuted for the sake of righteousness, for theirs is the kingdom of heaven” (Matthew 5:10). Such a stand will be costly, as Daniel’s friends are about to discover.

When Nebuchadnezzar discovers that there are individuals who have defied his order, he is furious. So furious that he commands his soldiers to heat an incinerator to seven times its usual heat before throwing the dissenters into the blazing fire.

As far as the king was concerned, as soon as they hit the flames, that would be the end of the matter. He had exhibited his total power. But then he saw something he could never have anticipated – “I see four men loose, walking in the midst of the fire; and they are not hurt, and the form of the fourth is like the Son of God” (verse 25). When the three friends emerged from the fire, they were totally unharmed (verse 27).

Nebuchadnezzar has learned that there is a limit to his power. It is God who rules with absolute authority.

Another question arises, why did these three men refuse to worship like everyone else? Surely it would have been easier to outwardly go through the motions, even if they didn’t inwardly believe it?

The simple reason again is the power imbalance – God is a lot more powerful than Nebuchadnezzar. Shadrach, Meshach and Abednego have evaluated pleasing Nebuchadnezzar against pleasing God, and there can only be one winner. Lennox notes they have even “regarded their lives as of relative value compared with the absolute value of God” (John Lennox, Against the flow, Monarch Books, 145).

It is not easy being a follower of Christ in the Western world. Biblical values are disregarded by society, discredited as outdated and irrelevant. We are told that we must be “all inclusive”, meaning there must be universal approval of all lifestyle choices. But any dissenting voices will find themselves very much excluded. There are none as intolerant as those who preach tolerance.

And yet the Scriptures tell us, “do not fear those who kill the body but cannot kill the soul. But rather fear Him who is able to destroy both soul and body in hell” (Matthew 10:28). Fear will be overcome by greater fear. As we consider God, the ultimate being from whom all meaning, purpose and value is derived, we will be filled with fear. Not dread terror, but reverential awe. Knowing that the One who created and sustains the universe is the One who guides our footsteps will give us the courage to face any challenge, no matter how great the cost may be.

Brothers and sisters, amid the scorn and ridicule of the world, we can stand with our heads held high. We serve the greatest power that ever was or ever will be.