The second chapter of Daniel is dominated by the interactions of God with two men – Nebuchadnezzar and Daniel. They are very different men, so God’s communication takes a very different form with each. 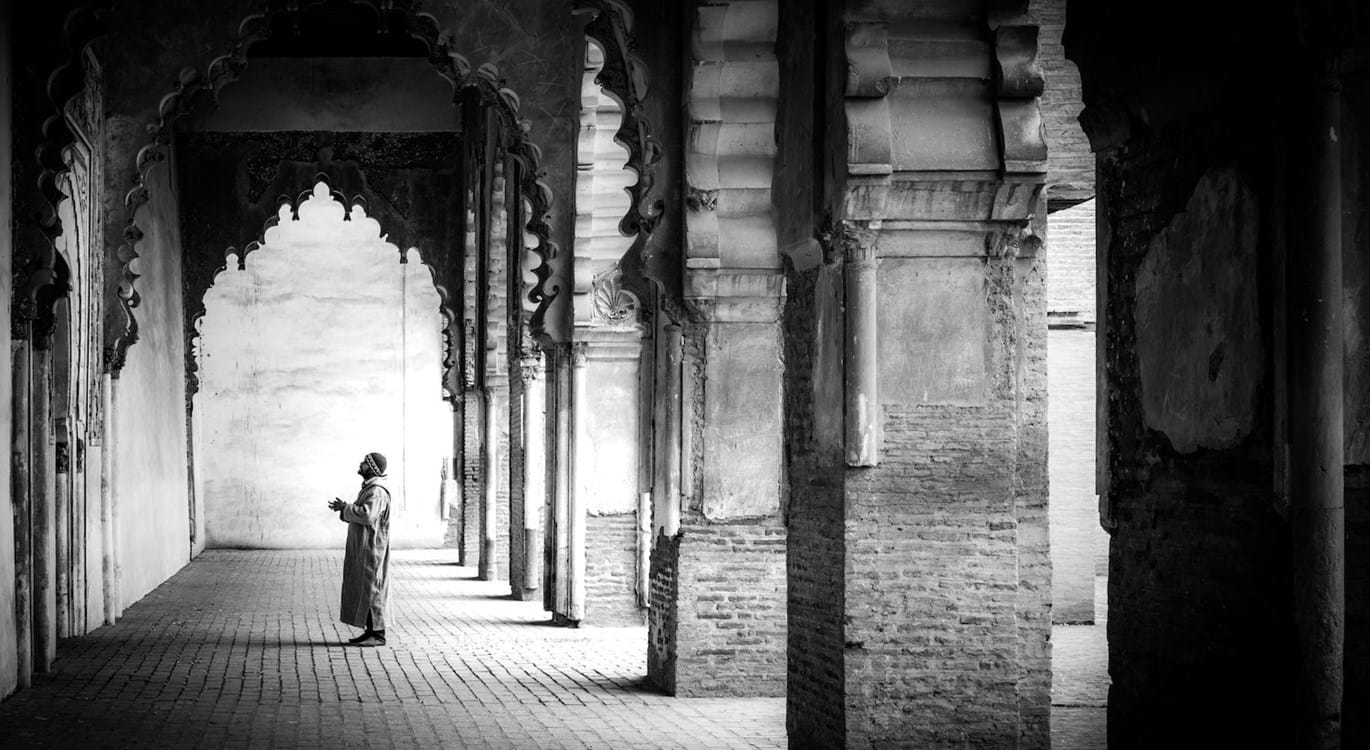 Many people (both now and in ancient Babylon) accept the reality, or at least the possibility, of a supernatural being. However, this “being” is usually considered to be transcendent, utterly beyond human experience – inaccessible and detached from the affairs of mortal men. This passage shows that this is absolutely not the case – God is deeply interested in His creation and His creatures. Not only is He interested, He actively engages with mankind, both those who seek Him and those who do not.

Daniel is a faithful devotee of God, so perhaps it is unsurprising that God interacts with him. What is notable, however, is that Daniel is able to initiate the communication with God. Even though He infinitely surpasses human comprehension, God is open to those who approach Him through faith – “The righteous cry out, and the Lord hears, and delivers them out of all their troubles” (Psalm 34:17).

Nebuchadnezzar, on the other hand, has no interest in God and makes no attempt to seek Him. And yet, God reaches into his experience in a remarkable way. As a result, Nebuchadnezzar receives an astonishing insight into God’s plan for the ages. God has revealed Himself, and continues to reveal Himself, to man. To deny this is to deny reality. His self-revelation has taken many forms – His creation, our consciences, the Scriptures. Just because people have denied His revelation does not mean He does not exist.

At the beginning of the chapter, God communicates with Nebuchadnezzar through a dream. He had spoken in this way before, notably to Joseph (Genesis 37), and would do so again to Daniel himself (Daniel 7).

Like many people of that day, Nebuchadnezzar considered the meaning of his dreams to be significant. This one troubles him deeply, so he gathers his advisors and explains the dilemma to them (verses 2-6). These are the most brilliant people in the whole empire, the very best in their fields. And of course, they are only too willing to interpret the dream for the king.

But there’s a problem. Nebuchadnezzar is unwilling to reveal the content of the dream. Without the data to interpret, they are unable to explain its meaning. Doubtless they had studied history, law, politics, economics and so on. With their educated, intelligent minds the advisors are certain they could take the information from the dream, apply their reasoning and come to a conclusion which would allow them to advise the emperor. If only they knew what the dream was.

The episode involving Nebuchadnezzar’s dream exposes a fatal flaw at the heart of the philosophy of humanism. Humanism begins with the belief that human beings were not created, but instead evolved naturally. This led Jean-Paul Sartre to say “life has no meaning a priori . . . it is up to you to give it a meaning, and value is nothing but the meaning that you choose” (Jean-Paul Sartre, L'existentialisme est un humanisme, Les Editions Nagel, 58). This ideology, another manifestation of the self-centred world-view from the first article, puts mankind firmly at the centre of the universe. Man, not God, is the ultimate being.

Humanists reject the potential for knowledge to be revealed by anything outside of nature. They declare that humans do not need anything but themselves – if we work together, there will be no limit to our achievements. This sounds compelling, but such statements are simply not true. Humans are limited in many aspects and the narrative lays this bare.

It was impossible for the Babylonian advisors to interpret the dream, they simply didn’t have enough information. No amount of education or application of rational thinking would have changed this. But Daniel was different. Not only could he interpret the dream, he could tell Nebuchadnezzar exactly what the emperor had seen. How? By divine revelation (verse 19).

Daniel’s experience demonstrates that what we hear, see, smell, touch and taste is not all that exists – there is a spiritual realm which is distinct from, but every bit as real as, the physical realm. This is particularly important on the subject of values. If we look to society to determine values, then, when society determines that certain groups are not fit to exist, there is no legitimate reason to object to practices like eugenics or ethnic cleansing. Humanistic thinking led to the atrocities carried out in Nazi Germany and Soviet Russia and to what was on the verge of happening in Babylon when Nebuchadnezzar commanded the execution of the advisors (verse 12). History repeats itself – over thousands of years this philosophy has remained fundamentally flawed. Isn’t it perverse how a world-view intended to exalt mankind has resulted in the degradation and slaughter of millions of humans?

The Bible presents a glorious alternative – all human life, regardless of gender, race, ethnicity or anything else, is infinitely valuable. “God created man in His own image” (Genesis 1:27). There is no other statement that confers such dignity on human beings. And we would not know this without divine revelation.

Restoring God to His rightful place as the ultimate being from whom all meaning, value and purpose is derived does not demean mankind. Rather, it elevates the position of mankind to a place of tremendous worth.

Man needs God but the sad reality is that man would rather be God.

This is the phenomenon of prayer. Unlike Nebuchadnezzar, who could receive the revelation of God but have no idea what it meant, Daniel was able to have a real relationship with God. God revealed Himself to Daniel, bringing him into a deeper understanding of ultimate reality. Daniel could express himself and his circumstances to God, who intervened to preserve Daniel.

The adherents of many ancient religions (and plenty of contemporary ones) show their devotion by “saying prayers”, or repeating mantras or slogans to honour their gods. But these are gods created by human imagination and have no ability to respond. Interaction with the true God through real prayer could not be more different – “The effective, fervent prayer of a righteous man avails much” (James 5:16).

Between God and men

We must never take this privilege for granted. The Bible describes God as “the High and Lofty One Who inhabits eternity, whose name is Holy” (Isaiah 57:15). How could mere mortals, guilty sinners, ever expect an audience with the Almighty? Paul explains this in his call to prayer in 1 Timothy 2:5, “For there is one God and one Mediator between God and men, the Man Christ Jesus”.

As both God and man, Jesus could bridge the gap between God and men. This truth is often appreciated as it relates to our salvation, that is, deliverance from the consequences of our sin. This, of course, is wonderful and crucial, but it is just the first step on the journey to truly know God. Sin continues to mar our earthly pathway, so the question arises, can we lose our access to God? It is certainly possible for a believer to lose the enjoyment of the access by sinning, but Christ, as our Advocate, is able to restore this when we confess our sin. Paul’s words reassure us with regard to this privilege of access – it has only ever depended on Christ. And since He can never fail, it will never cease.