PreviousDaniel : A Tale of Two Cities

When Daniel arrived in Babylon around 605 BC, he was little more than a boy. 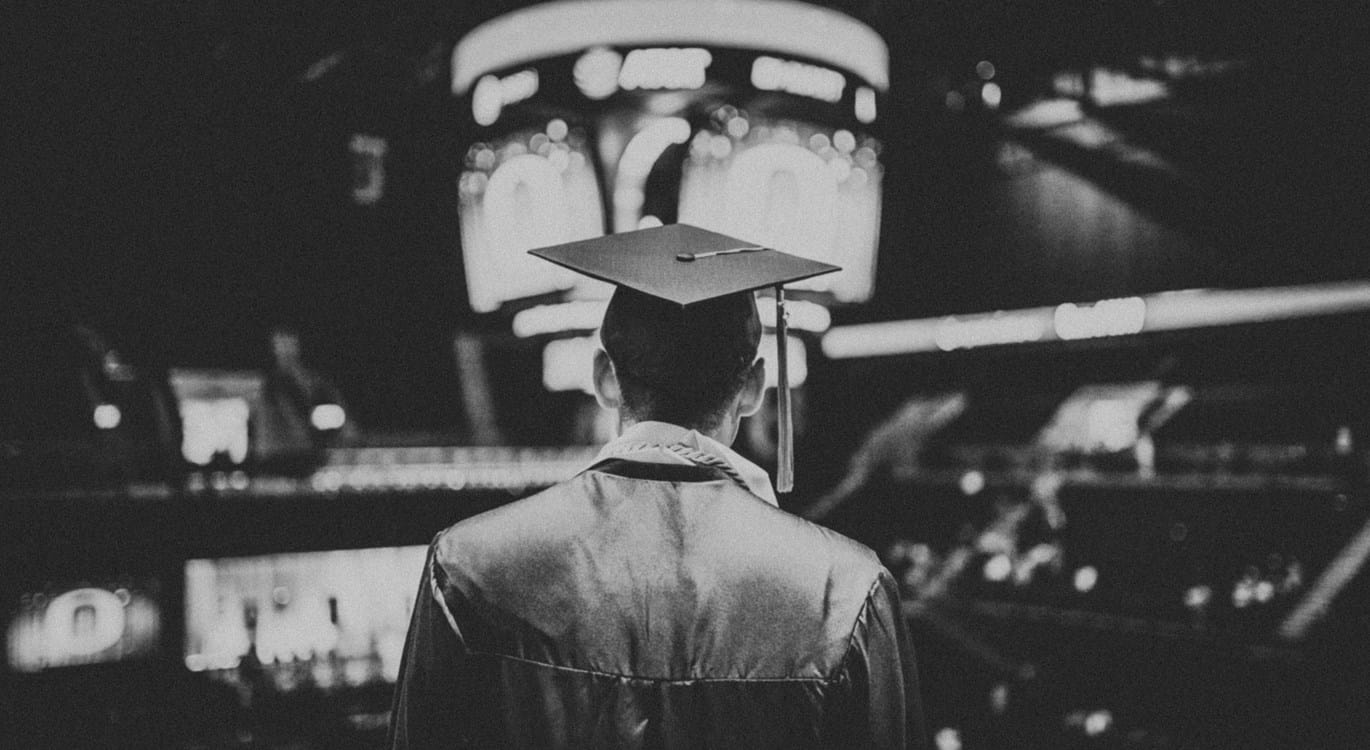 He had been ripped from his sheltered family environment and plunged head first into the chaos and confusion of Babylon. His family was probably wealthy, perhaps even connected to royalty (verse 3). Now he was more or less alone, except for a handful of fellow-captives.

Like all of the captives the Babylonians brought back from their conquered lands, Daniel was re-educated. This was designed to break any mental resistance and conform his way of thinking to the Babylonian way of thinking – the self-centred world-view we considered in the previous article. It was a brainwashing programme.

There was a simple three-step process, at the end of which a person would no longer think as a Hebrew or a Phoenician or an Aramean, but as a Babylonian:

These tactics are still very much in use today as the system governing the world we live in tries to fit us into its mould.

1. You need to see it to believe it

When Nebuchadnezzar placed the vessels from the temple of God in the Babylonian idols’ temple, he was saying, “our gods have triumphed over your God”. A secular culture also loves to make God seem weak, apathetic or even non-existent. “Where is God?” is the cry when evil is committed or catastrophes occur. What this question fails to recognise is that there is no evil without good, and no good without God. The only alternative explanation is “there is … no evil, no good, nothing but pitiless indifference” (Richard Dawkins, River Out of Eden).

God is not indifferent – He is mercifully extending the opportunity for sinners, even those whose evil acts disgust us, to turn to Him. We want God to judge the evil in the hearts of others, but not in our own. The long-suffering of God has been mistaken for the inadequacy of God.

Another approach the Babylonians employed was offering the best career opportunities and the finest cuisine in the known world. The new arrivals were told that “the sky is the limit”, as long as they adopted the Babylonian world-view. Contemporary culture still offers things the Christian pathway may withhold. It’s not that having a high-flying career or enjoying good food is sinful (it is not) but the self-indulgent pursuit of what the world offers comes at a price. The cost is our relationship with God.

The first of the ten commandments is, “You shall have no other gods before Me” (Exodus 20:3). Even good things that are designed for our benefit such as work, relationships, and recreation can be damaging if they replace God in our affections. Grasping after things that delight our natural senses can never bring lasting joy. Only God can do that.

The Hebrews named their children based on what they valued or aspirations they had for the newborn. The name Daniel means “God is my guide/judge”. This would serve to remind Daniel and inform anyone he met to whom he belonged and where the principles that governed his way of thinking originated.

In an attempt to make Daniel’s world-view compatible with Babylonian philosophy, he was stripped of his Hebrew name and given a Babylonian one – Belteshazzar, meaning “may Bel (a Babylonian deity) protect his life”. Modern cultures also try to assign a particular identity to individuals, to condition them to think and behave in a socially acceptable way – this is often at variance with the Word of God. Paul’s response to this is, “do not be conformed to this world, but be transformed by the renewing of your mind, that you may prove what is that good and acceptable and perfect will of God” (Romans 12:2).

Given his experience, we expect Daniel to be frightened and disorientated. Surely a young person who has been through such trauma will make poor, rash choices. Self-serving choices to preserve himself or even get ahead in his new environment. But he doesn’t. Why? One word – conviction.

A conviction is a firmly held belief that an individual is certain about. Daniel’s thinking, decisions and behaviour are governed by his convictions about God. Tozer notes, “What comes into our minds when we think about God is the most important thing about us” (A.W. Tozer, The Knowledge of the Holy).

Right at the start of the book, Daniel records that “Nebuchadnezzar king of Babylon came to Jerusalem and besieged it. And the Lord gave Jehoiakim king of Judah into his hand” (verses 1-2). On the face of it, there is nothing particularly striking about these verses. But remember, Judah was an insignificant vassal state and Babylon was the global military superpower of the day.

So, why say “the Lord gave Jehoiakim king of Judah into his hand”? Growing up in Judah, Daniel probably listened to the preaching of the prophet Jeremiah – “thus says the Lord of hosts: ‘Because you have not heard My words, behold, I will send and take all the families of the north . . . and Nebuchadnezzar the king of Babylon, My servant, and will bring them against this land, against its inhabitants, and against these nations all around, and will utterly destroy them, and make them an astonishment, a hissing, and perpetual desolations’” (Jeremiah 25:8-9). The Babylonian conquest is by God’s design, not Nebuchadnezzar’s. In his captivity, Daniel doesn’t see the triumph of a powerful emperor but the unfolding purposes of an all-powerful God.

The Israelites were God’s chosen people, so why would they experience such condemnation? Because special privilege demands special responsibility. They acted as if they were exempt from the judgement of God but His holy character requires that sin is punished, regardless of who commits it. “God shows no partiality” (Acts 10:34). Not only does God reign, He reigns righteously.

In his captivity, Daniel doesn’t see the triumph of an unrighteous pagan but the unfolding purposes of a righteous God.

Daniel’s first act in the book is to make a choice – “Daniel purposed in his heart that he would not defile himself with the portion of the king’s delicacies, nor with the wine which he drank” (verse 8). The precise reasons behind Daniel’s decision are unclear. What is clear, however, is that Daniel has made a conscious decision to honour God, regardless of the cost to him.

Sometimes life is like that. Not every decision we make has an obvious right choice. But what is obvious is that every decision has to be made with a view to pleasing God, not ourselves. This demonstrates living according to the God-centred world-view we examined in the previous article. And so our convictions about Him, derived from His Word and not our imaginations, frame every action we take, every choice we make, every thought we have. No matter what trial or adversity we face, He comes first. Always.

PreviousDaniel : A Tale of Two Cities