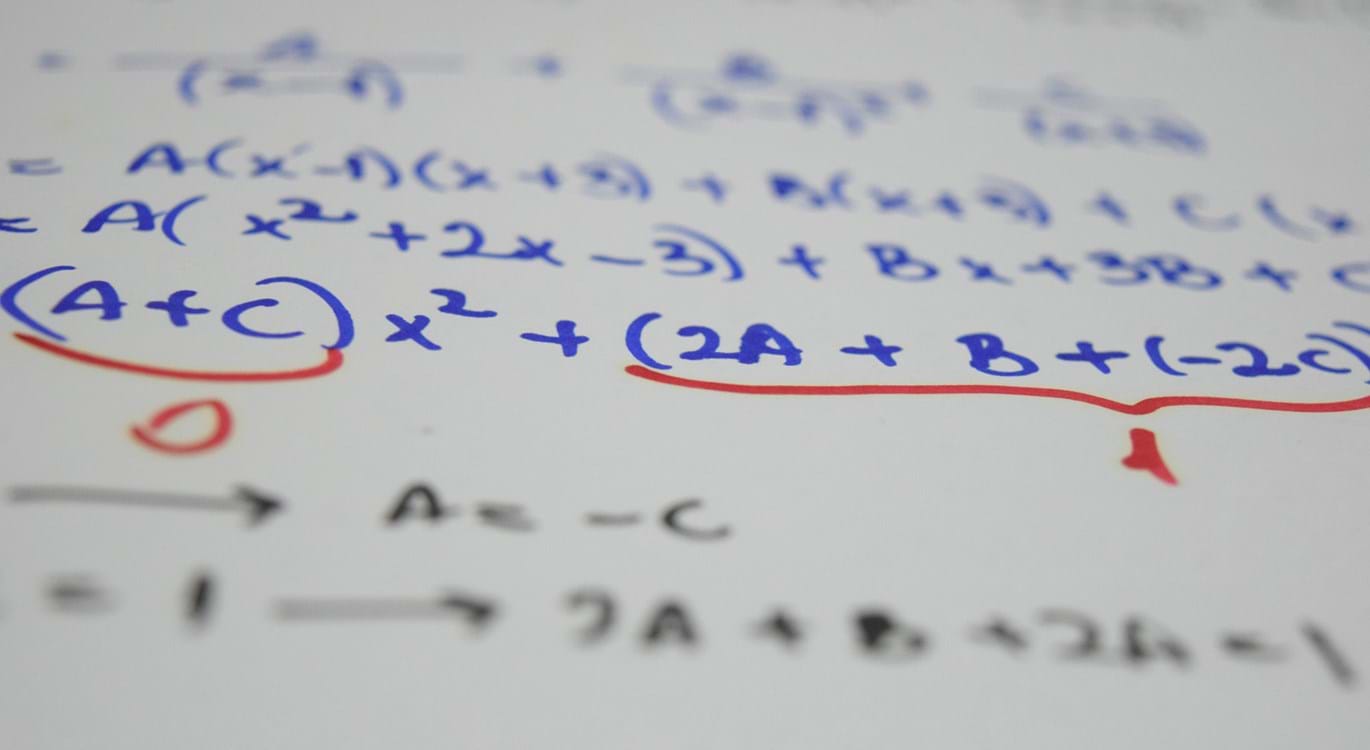 Let's think of a few things that atheism entails.

1. Everything came into existence out of nothing without a cause

That is a pretty extraordinary claim! We never see this happen, ever. It used to be that atheists believed that the universe was eternal. They resisted the idea that the universe had a beginning because they realised that that would demand a cause for all of physical reality; as Stephen Hawking said, "Many people do not like the idea that time has a beginning, probably because it smacks of divine intervention" (A Brief History of Time, cited by John Lennox in God's Undertaker, Has Science Buried God?, Lion, 2007, p. 66). Indeed it does. The scientific data has forced the majority of atheistic scientists to admit the beginning of the universe, so what they say now is that it happened without a cause. What is their evidence that the universe doesn't have a cause? Well ... the universe is here and we know God doesn't exist! Sorry – I need better evidence.

2. The fine tuning of the universe is undesigned

The fact that the universe is fine tuned for our existence is indisputable. Our existence is balanced on a razor's edge. To say that the level of fine tuning is incomprehensible is an understatement. How do atheists account for this? Some say chance, others point to a multiverse.

If someone got a perfect hand in cards every time the cards were dealt, and pleaded chance or said, "Look, there are an infinite number of universes, so in one of them someone is going to get a perfect hand every time" would you believe him? Neither would I. I would need extraordinary evidence, and neither chance nor the multiverse can offer any evidence in their support.

3. The complexity of the cell and the information in the DNA came through mindless processes

People used to think the cell was a simple thing – no one can think that now. The cell is like a factory. The DNA is the instruction book for life. These things couldn't have come about by evolution, because they are the very basis for life. Evolution couldn't occur without cells and DNA.

If you saw a factory in operation or came across a book filled with instructions on how the factory is to work, would you accept the explanation that they came about through mindless processes? Me neither. I would have to see extraordinary evidence for that.

Physical things aren't about anything else, yet my thoughts are about other things. My thoughts aren't physical, and to say that this immaterial reality arose from a chemical reaction is bizarre to say the least. If consciousness can arise from chemicals, then perhaps, if we get the right mix, angels and demons can too? Ridiculous? Yes, I agree, but then I'm not the one saying consciousness arose from chemicals. I would need extraordinary evidence for this!

Those who say that the only reality is physical reality realise that this means that we aren't responsible for our actions. Physicalism entails that every single event is the determined result of prior physical processes over which we have no control. This means that every thought, word and action is just the molecules within you reacting to the conditions they are in.

So, this means that when someone tells you a joke, you don't laugh because you find it funny; you laugh because the sounds emitted by the comedian cause mindless molecules to move around in your body, resulting in the sound we call laughter, although when you hear those same words again, it doesn't have the same effect – strange! If all the physical conditions are the same surely the result should be the same ...

It means that when someone at the table says, "Pass the salt", you don't pass it because you decide it would be the decent thing to do. You pass it because those sounds cause your arm to rise, and your hand to move to pick up the salt and pass it to them – it's just a reaction over which you have no control.

Physicalism entails that when someone sits and does calculations to launch a Mars rover into space and onto a planet 50 million miles away, this is not an example of intelligence and intention - it is just what that collection of chemicals does in those conditions at that temperature. Isn't it almost unbelievable to think that mindless molecules acting according to blind forces in a species that got here through natural selection acting on random mutations causes scribbles to be written on a page which give mathematical precision for launching a craft to Mars? No, it's not almost unbelievable. It is unbelievable.

6. Morality is not objective

Atheism leaves no foundation for saying that anything is evil. Evil is a departure from the way things ought to be, and yet, if there is no personal, righteous God who created the universe, there is no way things ought to be - there's just the way things are. Yet, we know that certain actions are evil. We see it just as clearly as we see the physical world – torturing a baby is evil, rape is wrong, etc. Any view that tells me that these things I see so clearly are actually false is an extraordinary claim, and whoever says it probably doesn't actually believe it, and if he does he had better cough up an extraordinary amount of evidence.

7. The fulfilled prophecies of scripture are fake

The Bible is unique amongst all the so-called holy books of world religions in that it alone has predictive prophecy. The history of the nation of Israel was written in advance (Deuteronomy 28-31), the overthrow of Tyre was spelt out in stunning detail (Ezekiel 26), the destruction of Nineveh was predicted against all expectations (Nahum), the crucifixion of Christ was described before crucifixion was even invented (Psalm 22; Isaiah 53), and on and on we could go. (For more detail see my book, Prove It.)

If someone predicted the score of every match in the World Cup, you wouldn't just dismiss it as luck (especially if the results were stunning upsets). You would be sure there's a fix going on. When we find the prophets of the Bible calling exactly what was going to happen, events that went against all expectations, the question is, Who fixed it?It couldn't have been any mere mortal. The answer that makes sense is the answer the prophets gave, "Thus says the Lord ..."

If you are going to reject their answer, then give me another one, a better one. Putting it down to intentional fulfilment, or the prophecies being written afterwards and back-dated, isn't going to work. Which leaves you with the option of luck. That is an extraordinary claim. I'm still waiting for any evidence.

There is no doubt that the disciples claimed to have been with Jesus after His resurrection. There are multiple, independent sources that affirm this (e.g. the sources in the Gospels, the criterion of apostleship affirmed by Paul in 1 Corinthians 9:1, the creed given to Paul in 1 Corinthians 15:3-7, and the sermon summaries in Acts).

There's no doubt they made the claim. The question is, were they right or wrong? If they were wrong then they either thought they were right and made a mistake, or they knew they were wrong and were telling lies. Both of those claims are pretty extraordinary.

Could they have been mistaken? Well, their claim was that they were with Him not on one occasion, but on many occasions, as groups and individuals, listening to His teaching and eating meals with Him. That is not something that you can be sincerely mistaken about. Hallucinations (like dreams) are in the mind of the individual – you can't have group hallucinations, and hallucinations wouldn't empty the tomb.

To say these men were mistaken or lying is an extraordinary claim. It is bereft of the slightest shred of evidence.

9. All the evidence of the miraculous is fake

Although the gift of miracles served a special purpose at particular times and has passed, God still performs miracles. Craig Keener has written a massive two-volume book called Miracles in which he cites hundreds of examples from around the world. Lee Strobel has written The Case for Miracles, which documents many more. Loads of other works have been written, and many stories can be told (e.g. go to 38:30 in the message "Rise and Shine 1999 Conference-44 Missionary Stories from Bolivia" here, or look here). If just one of these thousands of stories is a bona fide miracle then atheism is false. To say that all of these people are lying and none of these things happened, or they can all be explained naturalistically is an extraordinary claim. The only thing behind it is a fear of the implications of genuine miracles.

10. All the stories of answers to prayer are flukes

Christians believe that God answers prayer because He is a Father. They also believe He doesn't always do what we ask, again, because He is a Father (not a slave). But there are thousands and thousands of examples of amazing answers to prayer that defy atheistic explanations. What about the life of George Muller? What about the experience of Helen Roseveare, told by her here (second video in the article)? Time would fail me to tell of Hudson Taylor, or my wife's grandfather, Leonard Mullan, or John G. Paton, or many others. Every Christian has their own stories of amazing answers and interventions. The atheist has to say it's all coincidence or make-believe. Quite a claim.

11. All the amazing transformations in people's lives are entirely natural

The message of the gospel promises new life for those who turn to Christ in repentance. This is a promise that millions across the world and throughout history have proved to be true. After trusting Christ to save us from our sins we discovered a desire for things we once had no desire for, a love for things that once held no appeal, a power to live in a way we could not have done before.

As far as my own experience is concerned, all I was seeking was salvation from the punishment my sins deserved. I read John 3:16, and rested on Christ's promise to save me if I trusted Him.

"For God so loved the world that He gave His only begotten Son, that whoever believes in Him should not perish but have everlasting life"

I wasn't looking for or thinking of a change in my life, but what I discovered after was that I had new desires for God's word, and delight in it, an ability to pray and enjoy God's presence. 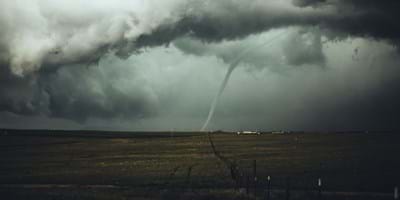 The Good News About The Bad News

There's nothing good about God's judgment, is there? 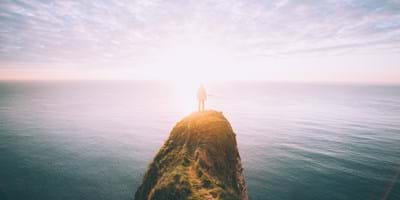 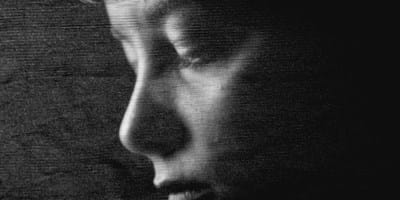 I recently heard a very angry man on the radio denounce all believers in God as being mentally ill. 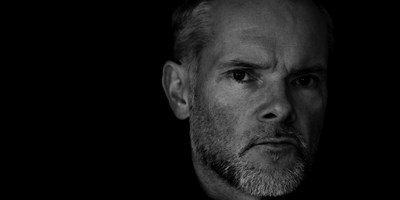 Before we can be in a right relationship with God we need to give up our self-centredness and our self-righteousness.