On Sunday 26th January 2020, Kobe Bryant, widely regarded as one of the greatest basketball players of all time, died in a helicopter crash. 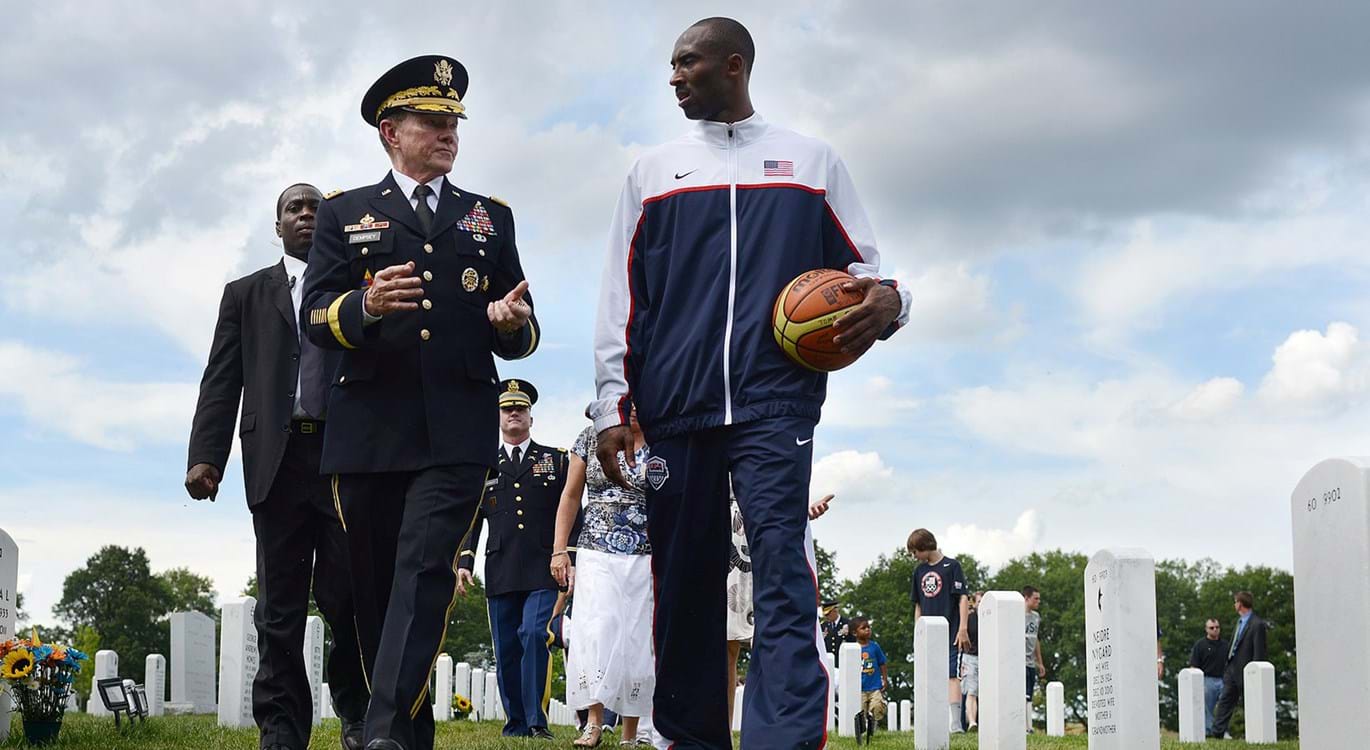 He was 41 years old and, along with eight others, including his 13-year-old daughter Gianna Bryant, passed from this earth. At the start of the day he raised his head from a pillow, but his head did not touch a pillow at the end of it.

Sudden and unexpected death is shocking. It brings before us the brevity and fragility of life, causing a jolt to our thinking. Although we may live each day as if there will be many more, the one we are in could be our last. Charles Spurgeon, a well-known preacher in the 19th century, said, “You and I hear of sudden deaths and yet we imagine we shall not die suddenly.”

Death is regarded, by many, as a taboo subject. Yet, it is a subject that must be considered. The fact is, unless the Lord returns first, we will all die and thus the subject is applicable to us all. We might prefer a party to a funeral, but Solomon wrote:

It is when we are faced with death that we are forced to consider it. Can you confidently face that unavoidable appointment? Let’s consider three questions. The answers are not intended to be comprehensive but will shed some light on how we can face death without fear.

Why is there death?

Death was not a part of God’s creation. His verdict at the end of the sixth day was:

“Then God saw everything that He had made, and indeed it was very good” (Genesis 1:31).

So, we can see that something has changed from those early days. Death brings grief, heartbreak and loss. It could never be a part of something described as ‘very good’. A monumental change is described in Genesis chapters 2 and 3. There we read of how the first people, Adam and Eve, made a choice to disobey God. In doing so they gained ‘the knowledge of evil’, that is, they knew what it was to sin. The consequence of their choice had been clearly given beforehand:

“but of the tree of the knowledge of good and evil you shall not eat, for in the day that you eat of it you shall surely die"  (Genesis 2:17).

The repercussions of that choice have spread down to every successive generation. Sin came into the world and from then onwards every person has sinned. The penalty of sin is death.

“Therefore, just as through one man sin entered the world, and death through sin, and thus death spread to all men, because all sinned” (Romans 5:12).

“But”, some might say, “Adam and Eve did not die immediately.” In one sense that statement is correct, but we need to define what ‘death’ means in biblical terminology. Three types of death are depicted in the Bible and it does help to see that ‘death’ brings separation.

Adam and Eve experienced spiritual death immediately as they were cast out of God’s presence. They would also experience a physical death and, but for God’s grace, they would have experienced eternal death. These are not mere academic points, since these truths do impact every single person. By nature, we are all spiritually dead, and will experience physical death and a horrendous eternal death. That is a terrifying prospect, but it is an avoidable one.

Does God care about death?

God does care about everyone? His compassion for people has been shown in the most astounding way. Although there is nothing that we can do to remedy the situation, God has provided a saviour, the Lord Jesus Christ. Through Him and because of Him, spiritual death can be reversed and eternal death need never be experienced, whilst the impact of physical death is greatly diminished.

That the Lord Jesus cares about death was evidenced many times in His life, perhaps none more so than when He went to the grave of his close friend, Lazarus. Although He knew that within the hour Lazarus would rise from the grave, it is on record that, ‘Jesus wept’ (John 11:35). That He is not distant from our sorrow was manifested as genuine tears of sorrow were shed, He having witnessed the awful effects of sin on humanity.

Jesus did not just care about our plight; He did something about it. Although we, by ourselves, are powerless to overcome death, He has dealt it a destructive blow.  At the cross the problem of sin, that separates us from God and would keep us separate from Him eternally, has been dealt with. In taking the punishment for sin upon Himself, the Lord Jesus has secured a release from all the devastating impacts of death. When he rose from the grave it was manifestly evident that he had defeated death. It could not hold Him. He had secured victory over this great enemy for all His people.

Every person who repents of their sin and trusts in the Lord Jesus for salvation can know that they are no longer spiritually separated from God. Instead of being ‘dead in trespasses’ they are ‘alive together with Christ’ (Ephesians 2:5). Real life, connected with God, can be enjoyed. Additionally, there is no prospect of the second death but a marvellous assurance of eternity with God, without the presence of sin, in a new Heaven and a new earth, a place where ‘there shall be no more death’ (Revelation 21:4). Although physical death will be experienced unless the Lord Jesus comes in our lifetime, it is a time when the Christian’s soul goes immediately into the presence of God (Luke 23:43, Philippians 1:23). The acronym ‘RIP’, found on many gravestones, will be true for the departed believer as they will be resting and at peace. The corruptible mortal body that goes into the grave will rise, incorruptible and immortal,  for its reunion with the soul.

Little wonder that when Paul wrote about the impact of the resurrection of the Lord Jesus Christ he could say;

“But thanks be to God, who gives us the victory through our Lord Jesus Christ” (1 Corinthians 15:57).

Can I have any hope in facing death?

Death is unwelcome, a cruel enemy. Its impact affects every single person in this world, and some have to travel through deep and dark valleys as they remember loved ones who have been taken from them. When a lifelong partner is taken, or a young child’s life is cut short, it leaves deep scars on those who loved them.

The promise of God will bring hope and comfort to all whose faith is in Jesus Christ who have lost loved ones.  Jesus stood with two sisters who had lost their dearly loved brother and said these words.

"I am the resurrection and the life. He who believes in Me, though he may die, he shall live. And whoever lives and believes in Me shall never die. Do you believe this?" (John 11:25-26).

Resurrection and life are so closely associated with the Lord Jesus that He is the embodiment of them. The believer, though he may die physically, will always have and enjoy eternal life, and whoever has eternal life will never die spiritually.

If you have trusted in Jesus Christ this promise is for you. It is not a vain hope but a cast iron guarantee from the Lord.  God’s assurances have been and continue to be a great encouragement in this world where death is prominent.

Likewise, D.L. Moody used to say, “Someday, you will read in the papers that D.L. Moody of East Northfield is dead. Don’t believe a word of it! At that moment I shall be more alive than I am now!”

There can be hope in facing death. Do you have that hope? Have you trusted and are you trusting in the one who could say, ‘I am the resurrection and the life’?

Samuel Sey, a noted blogger, summarised the recent death of Kobe Bryant and the overall subject of death very well, "But even fierce competitors like Kobe ultimately lose to death. We cannot defeat death. But death cannot compete against the resurrection of Jesus Christ. I am no match for death, but death is no match for Jesus Christ."