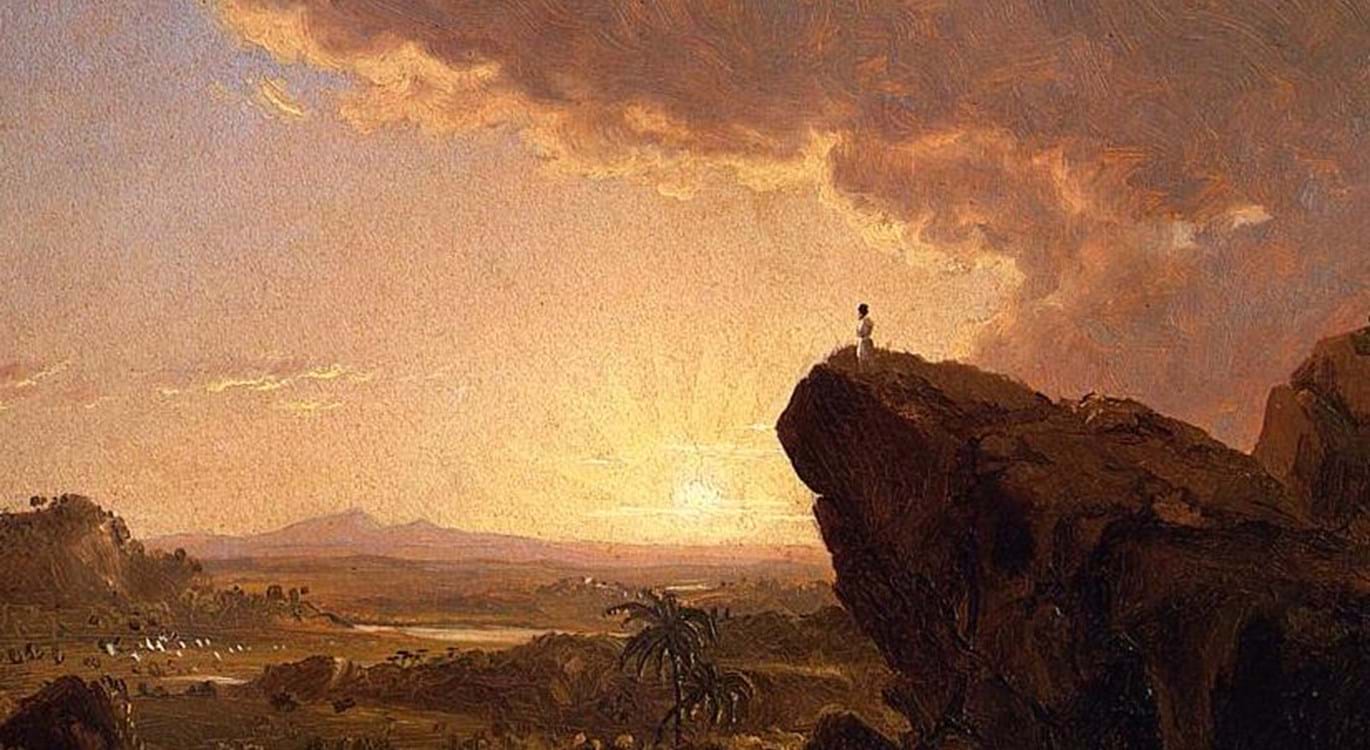 Moses’ unique upbringing meant he had an insider’s view of Egypt and he knew that the glory and grandeur that overwhelmed the commoner and forced them to believe there was nothing more, was a lie. He knew the corruption of a heart that had no compassion for the mass destruction of newborn Hebrew babies. He knew the callousness of a despot who sought to maintain control and enslaved the masses to this end. He knew that worshipping someone as puny as Pharoah while the Sovereign God of Heaven and Earth reigned was laughable. Surrounded by a reality of power and luxury and ease, Moses decided that he would rather be alone in the desert with the one true Sovereign God, than join the seemingly powerful in the palace and be without Him.

We, too, have this choice as the circumstances of life come our way. Faith or fear? Alone with God, or in the crowd without Him? Comfort, ease and luxury by way of lies and oppression, or suffering and growth as God leads the way to freedom? Each way of life offers something different in the short and long term. And which of the two ways we pursue is indeed a choice we make.

Faith requires me to wilfully resist the notion that God is distant and removed from the trouble I see on every side. But there is comfort here. I am not the saviour of myself, and I am not required to depend on puny men to line everything up and work out the tangles. Faith says that God is overall and He will have His way in the end. In the midst of the battle, appearances deceive. But we know God is greater and the end of the story is already written; that, although His timetable is generally not according to our impatience, He will outdo Pharoah at every turn in the end. We can live in the midst of present circumstances knowing that there is no doubt that our God is able and He will prevail.

Fear, on the other hand, renders me helpless and victimized by the bad guys of the day. That they appear to be in control, that they take centre stage, that they swagger and brag louder than any of the other players, all intimidates and gives the impression that they are in control. This is exactly what Pharoah’s game was. If he could keep the masses cowering and subservient, if he could steal their worship, if he could keep up his veneer as large and in charge, perhaps then this God and his people could be rendered paralyzed as far as God’s plans go, but useful and submissive in his own sandcastle building program.

But God was not to be outdone, and, in His time, in a succession of 10 messy plagues, God undid all those perceptions in broad daylight for the world to see and remember. And Moses, who had already thrown his lot in with God against Pharoah, was there in the front row applauding. His God was greater! There was no need for hiding and paralysis! Pharoah, albeit proud and showy, was just a created being after all, not the Creator of Heaven and Earth, and it became abundantly clear that he was no match for the God of Eternity.

The effects of Moses’ choice upon his life and character are unmistakable. A prince of Egypt choosing people over a palace, becoming a shepherd instead of a wolf, exercising compassion and intercession on behalf of the disobedient and rebellious? Who had ever heard of such a thing? Moses’ choice to live in the land of faith made him into someone as different from the Egyptians who surrounded him as his God was from Pharoah. His faith in God’s character, will, sovereignty, and power over the world as he knew it, transformed him into the meekest man in all the earth – formidable. Likewise, living in the land of faith transforms us into a formidable force that is noticeably different from Egypt’s brute strength and glittering show. We become that quietly subversive army that is insulated and untouchable, separated by the cloud and the fire, in the hand of God. Our Commander assures us that this choice to live in His camp of faith will most certainly result in a glorious revelation of what is as yet unseen, but will without doubt far outshine what we might gain by choosing the paralysis of fear while hoping for the comfort and indulgence of Egypt.