PreviousLocal church and the Gospel (Part 3)

4 of 4Series: Church: The Gospel

Local church and the Gospel (Part 4)

Gospel preaching began in Jerusalem with the Lord’s disciples. Their recorded sermons were all essentially the same: Jesus, whom the Jews had crucified, is the resurrected Lord and Saviour. 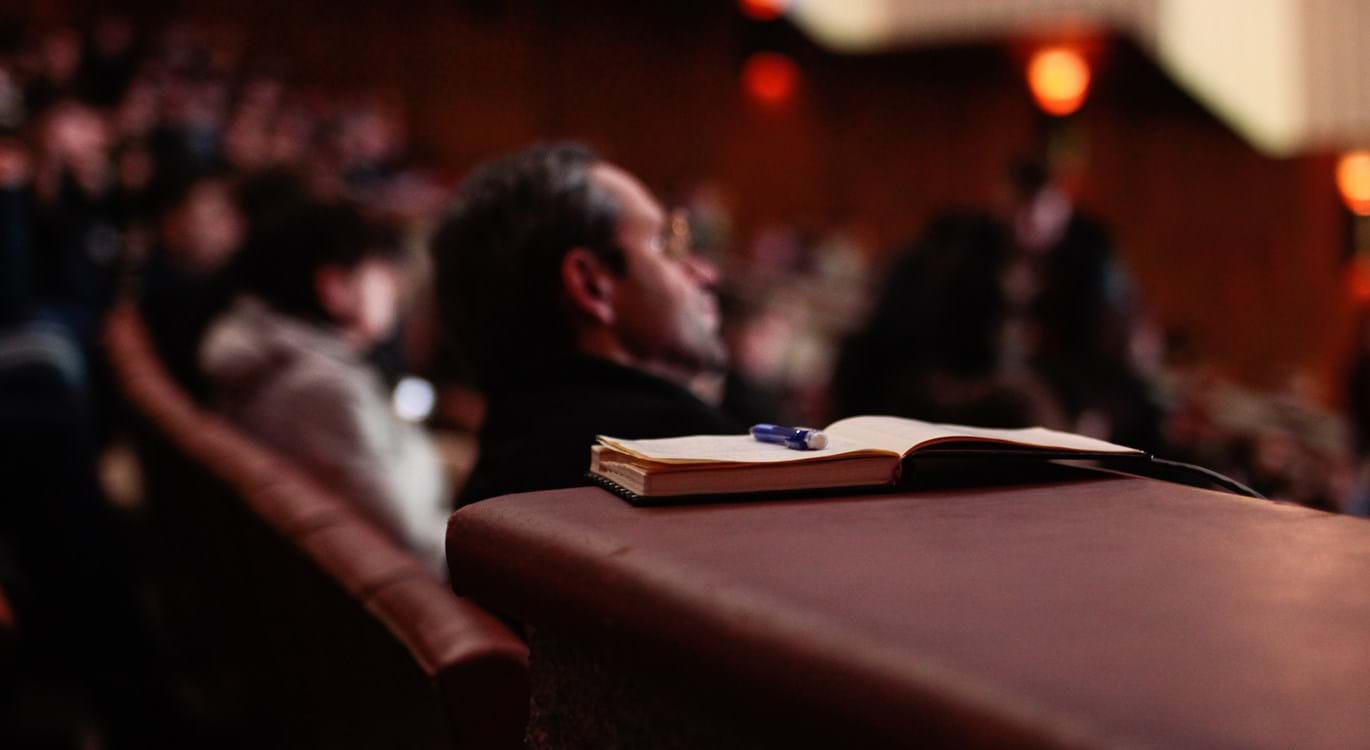 These sermons were appropriate for Jerusalem. The audience of the time knew about Jesus, His miracles, teaching and death. The Apostles did not have to educate them in these facts because they were well known. The one new thing they preached was the resurrection and exaltation of Jesus. As they did this, the Holy Spirit empowered the message and many people were saved.

Not until we get to Stephen's charge against the Jewish rulers in Acts chapter 7 do we find a recorded sermon that does not follow this pattern.

The first group to leave Jerusalem were persecuted believers. The only recorded sermon from this group is that of Philip, in Samaria. We have no details of his preaching, other than that he preached Christ. The Holy Spirit confirmed the word with miracles.

Peter and John also preached in Samaria, although we have no record of their messages. They ‘solemnly witnessed’ (diamarturomai – ‘emphatically declared’) and ‘evangelized’ in many Samaritan villages.

The Holy Spirit sent Philip to rendezvous with an Ethiopian official. He heard the man reading Isaiah chapter 53 in his chariot. At the Ethiopian's invitation, Philip expounded this passage, telling him the good news about Jesus.

Paul is described as preaching (proclaiming) to the Jews living in Damascus. His proclamation was empowered as he proved that Jesus, whom he and the Jerusalem Jews had been opposing, was the true Christ.

During his first visit to Jerusalem after his conversion, Paul spoke boldly in the name of the Lord. The Greek text says that he ‘both spoke and discussed with the Greeks’ (Greek-speaking Jews) the deity of Jesus. The term ’discussed’ (suzeteo) can also mean ‘to argue’.

Peter preached to a group of Romans who practised the Jewish religion, and were familiar with facts about the life of Christ. Peter added the truth of the resurrection and Jesus' sovereign choice of the witnesses of that resurrection. While he was preaching, the Holy Spirit fell on them.

The gospel spread into the region north of Israel. Initially, these Greek-speaking Jewish Christians only ‘spoke’ (laleo – ‘to speak’) the word to other Greek-speaking Jews. However, some bold believers from Cyprus and Cyrene began to evangelize Gentiles. The only information given concerning the content of their preaching is the statement in verse 20 that they were ‘preaching the Lord Jesus’. The word translated ‘preaching’ is euaggelizo, meaning ‘to communicate good news’.

Barnabas and Saul had just begun their first missionary journey. They were in the city of Salamis on Cyprus. The only statement made is that ‘they preached [katangello –“to announce”] the word of God in the synagogues of the Jews’. We have no details either of the content or the result of their messages.

This section contains one of the most complete records of Paul's preaching to Jews. He began by appealing to their knowledge of the Old Testament, the preaching of John the Baptist, and recent events in Jerusalem. He referred to Old Testament passages as confirmation for what he said.

He accused the Jewish establishment in Jerusalem of causing the death of Jesus. He then gave testimony to the resurrection, again appealing to Old Testament passages. Finally, he declared that forgiveness of sins was available through Jesus, and warned of dire results if they rejected the message.

This chapter records the bold witness of Paul and Barnabas on their first missionary trip. There are no details of their preaching, other than that they ‘spoke boldly in the Lord’ (14:3) and ‘evangelized’ (14:7).

Although this chapter contains a record of conversions it does not reveal the content of the preached messages, save that Paul spoke the word of the Lord to the women (16:13) and the jailor (16:31-33). The only detail is that the jailor was told to ‘believe on the Lord Jesus Christ.’

Dr Luke summarises Paul's words to the Jews of Thessalonica. For three Sabbath days, he ‘lectured’ from the Old Testament, the Greek text specifically noting that he ‘opened up’ the scriptures, that is to say, he interpreted and expounded. From this exposition, Paul proved that Christ had to suffer and be raised from the dead. He then asserted that Jesus was the very Christ of whom the scriptures spoke.

As a starting place for his famous speech on Mars Hill in Athens, Paul referred to the many temples and shrines in the locality. God had overlooked the superstitions of the past, but now commanded (paraggello) all men everywhere to change their minds about these things. Paul concluded his message with the resurrection of Christ and the coming judgment.

Each Sabbath day, Paul reasoned with Jews in the Corinthian synagogue, persuading both Jews and Greeks. When Silas and Timothy, his two companions, joined him, he was ‘pressed by the word’, solemnly testifying that Jesus is the Christ.

Paul lectured in the synagogue at Ephesus, and, although no details are given of the content, the Jews asked him to stay on.

Paul returned to the Ephesian synagogue to stay for three months. The terms used to describe his activity are ‘lecturing’ (dialegomai) and ‘persuading’ (peitho) the things concerning the kingdom of God.

Following his departure from the Ephesian synagogue, Paul conducted a two-year period of ministry in the school of Tyrannus, where again he is described as ‘lecturing’ (dialegomai). No information is given as to his content, other than that it was the ‘word of the Lord Jesus Christ’.

The only comment made about the content and style of Paul's speech before Felix and Drusilla is that he ‘lectured [or discussed] concerning righteousness, self-control, and of the judgment to come.’

Throughout the book of the Acts, the gospel was communicated in different locations, the methods used reflecting the geographical, religious and cultural context of the audience. Nevertheless, whatever the setting, God’s word was always at the heart of the message.

"Whether through discussion and debate, or through public proclamation of propositional truth, Paul reasoned, lectured, debated, announced, discussed, declared and taught the word of God."

What then can we learn from the progress of the gospel recorded in Acts?

1.​  Each local church must preach the gospel to its community.

2.​  Gospel outreach should be a burden in individual and corporate prayer. In this we should be like the Apostle Paul, who wrote, ‘Brethren, my heart’s desire and prayer to God for Israel is that they may be saved’ (Romans 10:1).

3.​  Personal witness is an important aspect of gospel preaching. The Christians of ‘Cyprus and Cyrene, who, when they had come to Antioch, spoke to the Hellenists, preaching the Lord Jesus’ (Acts 11:20) provide a good model. They evangelized by speaking the gospel.

4.​  Merely to give passive assent to gospel preaching in a particular format or context is not to discharge our individual or corporate evangelistic responsibility.

5.​  We should grasp every opportunity to take the gospel into our community by ‘heralding and proclaiming’ the message. Of the assembly in Thessalonica Paul wrote, ‘from you the word of the Lord has sounded forth, not only in Macedonia and Achaia, but also in every place. Your faith toward God has gone out, so that we do not need to say anything’ (1 Thessalonians 1:8). They still constitute a pattern for churches.

6.​  We should pursue opportunities for discussion, debate and interactive sharing of the gospel (such as Christianity Explored). In this we should like the Apostle Paul in Ephesus, ‘reasoning and persuading concerning the things of the kingdom of God’ (Acts 19:8).

7.​  We should invite people to come and hear the gospel proclaimed through consecutive expository preaching. Paul’s practice is exemplary: he ‘received all who came to him, preaching the kingdom of God and teaching the things which concern the Lord Jesus Christ with all confidence, no one forbidding him’ (Acts 28:30-31).

8.​  The preacher needs to be both flexible and adaptable. Paul presented the gospel in an appropriate way to Athenians, Jews and other Gentiles, taking into account the cultural, social and religious context of his audience.

9.​  The word of God ought to be proclaimed consistently and contextually with conviction and power. In this we should be obeying Peter’s exhortation: ‘If anyone speaks, let him speak as the oracles of God. If anyone ministers, let him do it as with the ability which God supplies, that in all things God may be glorified through Jesus Christ, to whom belong the glory and the dominion forever and ever. Amen’ (1 Peter 4:11).

PreviousLocal church and the Gospel (Part 3)

4 of 4Series: Church: The Gospel