NextKnowing The Touch of God

For weeks now we watched the statistics about coronavirus deaths and infections mounting up. They are terrible to think about, and we long to hear of the numbers reducing and eventually disappearing. 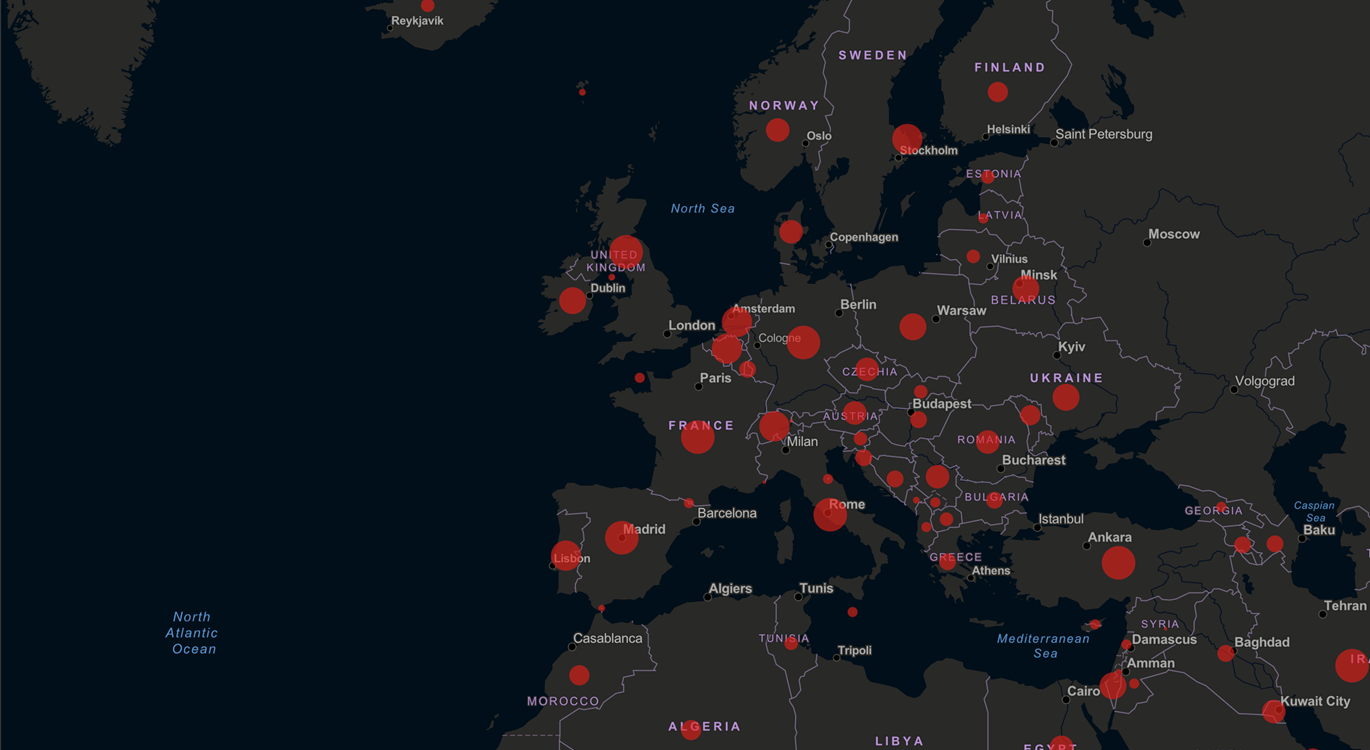 The authorities need the statistics to map out the progress of the disease, and from their viewpoint it’s the numbers that matter.

But behind the numbers there are mountains of grief, because each one in that total was someone’s close relative, someone’s dear friend, a life cut short unexpectedly.

Although the numbers are dreadful, death from coronavirus is relatively rare. Most people recover with, or even without, medical intervention. But we know only too well that death is not rare.

In fact it is the one thing that we will all have to face sooner or later in the normal course of events. It’s strange to say it, but death is a fact of life.

Death is a horrible invader

When God created the world, death was absent.

But because of the sin and disobedience of our first parents, death arrived and the whole human race has inherited it (Romans 5.12).

The Bible says “it is appointed for men to die once, but after this the judgement” (Hebrews 9.27).

No one can avoid death, or the sadness it brings.

But there was one Man who came into the world on whom death had no claim, for He was totally sinless.

Yet, amazingly, He died on a cross one day outside the city walls of old Jerusalem.

His enemies (for He had many) had plotted His death, but His death was not an accident or a mistake.

It was God’s plan to deal with the great problem of our sin and all its sad consequences.

When our Lord Jesus died, some people thought He was defeated, dead and gone. But to their consternation, He rose from the dead after three days in a tomb.

It was death that had been defeated, and so when we put our trust in Christ we are given eternal life and our fear of death is taken away (Hebrews 2.14-15).

Eternal life is not having an endless existence in this troubled and broken world. It is the blessing of having God’s life in our souls now, and continuing to live in God’s presence beyond the portal of death whenever that may come our way.

The end of death

But although death was defeated, it is very evident these days that death is not yet destroyed.

It pursues us all, and will do so until Christ comes again in triumph and in glory.

The “last enemy” of God and man which was defeated at the cross will then be destroyed forever. Then “death will be swallowed up in victory” (1 Corinthians 15.26; 54).

What a bright and blessed future we have!

If you get there before I do, look out for me, for I’m coming too!
Away far beyond Jordan, we’’ll meet in that beautiful land!

Far, far beyond the storms that gather
Dark o’er our way,
There shines the light of joy eternal,
Bright in the realms of day.

There shall sorrow, pain and parting
Grieve our hearts no more;
Soon, soon we’ll meet beyond the river,
Safe on the home-land shore.

NextKnowing The Touch of God