PreviousLooking Up When Locking Down

Wash And Be Clean

One of the remarkable things about the present crisis is that despite its magnitude and deadly effects, we are being asked to do only the simplest of things in order to avoid it snowballing. 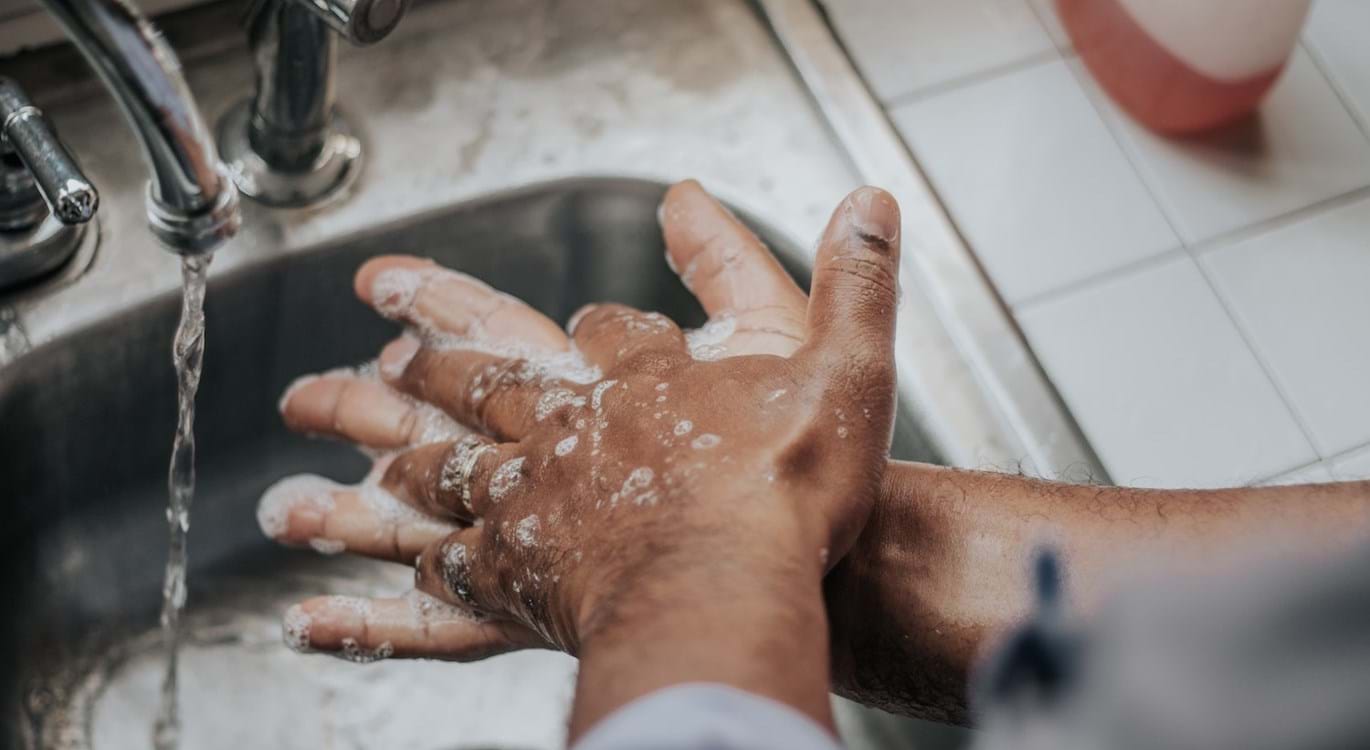 Yet despite it being a simple instruction, there are a number of reasons humans will not comply. Firstly, no-one likes being told what to do. Secondly, it is almost so simple an instruction that it can be difficult to see how it can actually make a difference. Thirdly, even if we start as we mean to go on, after a while it becomes tedious and we begin to slack off.

This reminds me of a story in the bible. The bible records an account of how an important Syrian official contracted an infectious skin disease - his name was Naaman. Naaman was second in command to the King of Syria. He was happily married, probably enjoyed a high quality of life and he had been successful in his military campaigns. But disease is not fussy about who it chooses. Naaman’s importance counted for nothing. Upon contracting the disease it would have begun to slowly disfigure him and may ultimately have led to his death.

So what was to be done?

There was no treatment for it. There were no government experts with any ideas. The solution was surprisingly simple - wash in the river Jordan, seven times.

Thanks to a little maid who served Naaman’s wife, Naaman learnt of a respected leader who had a proven track record in providing remedies. Cut a long story short, Naaman visited this leader and was prescribed a very simple course of treatment - “Go and wash seven times in the Jordan; your skin will be restored and you will be healed”. The ‘Jordan’ is a river in the Middle East that runs along the border between Jordan, the Palestinian West Bank, Israel and southwestern Syria. All Naaman had to do was wash seven times in that river.

Now to be fair to Naaman, it is difficult to see how washing in a river would heal him of his skin disease. Good hygiene is good in preventing disease and washing can be part of that. But rivers aren’t necessarily the cleanest source of water and as for washing seven times, that sounds like someone just plucked a number out of thin air.

Needless to say Naaman did not like the prescription. The bible puts it like this, ‘Naaman went away angry’.  He said ‘I thought, He surely will surely come out to me, and stand, and call on the name of the Lord his God, and strike his hand over the place’. He went on in his rant about how he would have been willing to wash in the rivers back home in Syria but that wasn’t really the issue. The point was, the whole washing thing was not what he had expected and it seemed a ridiculous idea. And so Naaman started on his way back home.

But his servants that had travelled to Israel with him saw this differently. Sure, no-one likes being told what to do. If the respected leader in Israel had known how important Naaman was, he would have known that issuing a command ‘Go and wash’ was a little beneath Naaman. And granted, it was difficult to see how following such a simple instruction could actually make a difference. Again, this is Naaman, you can ask more of him than just washing his body - he is a proven soldier of war not a child. But then again if all he had to do in order to be healed was comply with this simple instruction, would it not be worth a try? Would it not be worth him stepping down off the pedestal of his pride and submitting to the words of a leader who did have a proven track record?

And so Naaman’s servants said to him, ‘My father, if the prophet had bid you do some great thing, would you not have done it?’. And then the bible reads, ‘then went he down, and dipped himself seven times in Jordan, according to the saying of the man of God: and his flesh came again like unto the flesh of a little child, and he was clean’.

Such a simple instruction. Almost so simple as to be offensive. And that was precisely what the instruction from the man of God was meant to achieve. It was meant to offend Naaman. Because Naaman’s biggest problem wasn’t his skin disease. His biggest problem and yours and mine is that we are sinners. Sin is not fussy about who it chooses, in fact the bible says that ‘all have sinned and come short of the glory of God’. Sin disfigures who we are as people made in the image of God and ultimately it leads to our physical death. But worse than physical death, sin causes spiritual death, separation from God, the only source of truth, life, hope, light and love. Unless it is treated, sin will cause us to be separated from God for ever, even beyond physical death itself. Sin is a terrible thing.

So what is to be done?

Is there a treatment for sin and its consequences? Perhaps your good works, your charitable deeds, your religion and upright life count for something. As we shall see, as far as our relationship with God is concerned these things count for nothing. Jeremiah 2:22 reads like this: ‘though you wash yourself with lye and use much soap, the stain of your guilt is still before me, declares the Lord God’.

But there is a remedy, there is a solution and it is remarkably simple. Profoundly simple.

So simple it may offend you.

If you confess with your mouth the Lord Jesus and believe in your heart that God raised him from the dead you will be saved.

In order for your sin to be dealt with, no washing is needed, only confession with your mouth and belief in your heart.

Confessing the Lord Jesus is simple yet profound. Christ Jesus came into the world to save sinners and by taking sins punishment on the cross he made it possible for us to be cleansed. Confessing the Lord Jesus means that we recognise what he has done, on our behalf, in our place - taking our punishment. And sin itself makes it difficult for us to do that. Sin makes us unbelieving - either that Christ dying for us is something that we need, or that Christ dying is something that would be enough, enough to cleanse us. So we become offended. We turn away and start on the journey for home, going back to our sin, back to our self-righteousness, back to our hopelessness.

But the good news of God’s grace pleads with us - if God instructed us to do something great, would we not do it? How much more then when he commands simple trust, simple faith. He commands us that we simply turn away from our sin, away from our ideas of what makes us right and turn towards him in all his grace, love and mercy. The moment we turn, the bible calls that repentance. That is something that happens deep within our souls, deep within our hearts. And the moment we do that, we realise that Christ dying for us, dealing with our sin, being buried and raised again the third day - that is the moment when our sin is dealt with, we are forgiven, forever forgiven. That is the moment when our standing with God is made right. That is the moment we are made clean. All by complying with and yielding to, the simple instruction of God’s Word.

Only by compliance could Naaman be clean. And because he backed-down, because he turned from believing in his own judgement of what he should do and accepted that the man of God knew better, he was made clean.

The instructions are simple - wash your hands, stay at home, save lives. If you obey you will  save lives, and if you obey God he will save you.

PreviousLooking Up When Locking Down