“Change”, said the Greek philosopher Heraclitus, “is the only constant”. 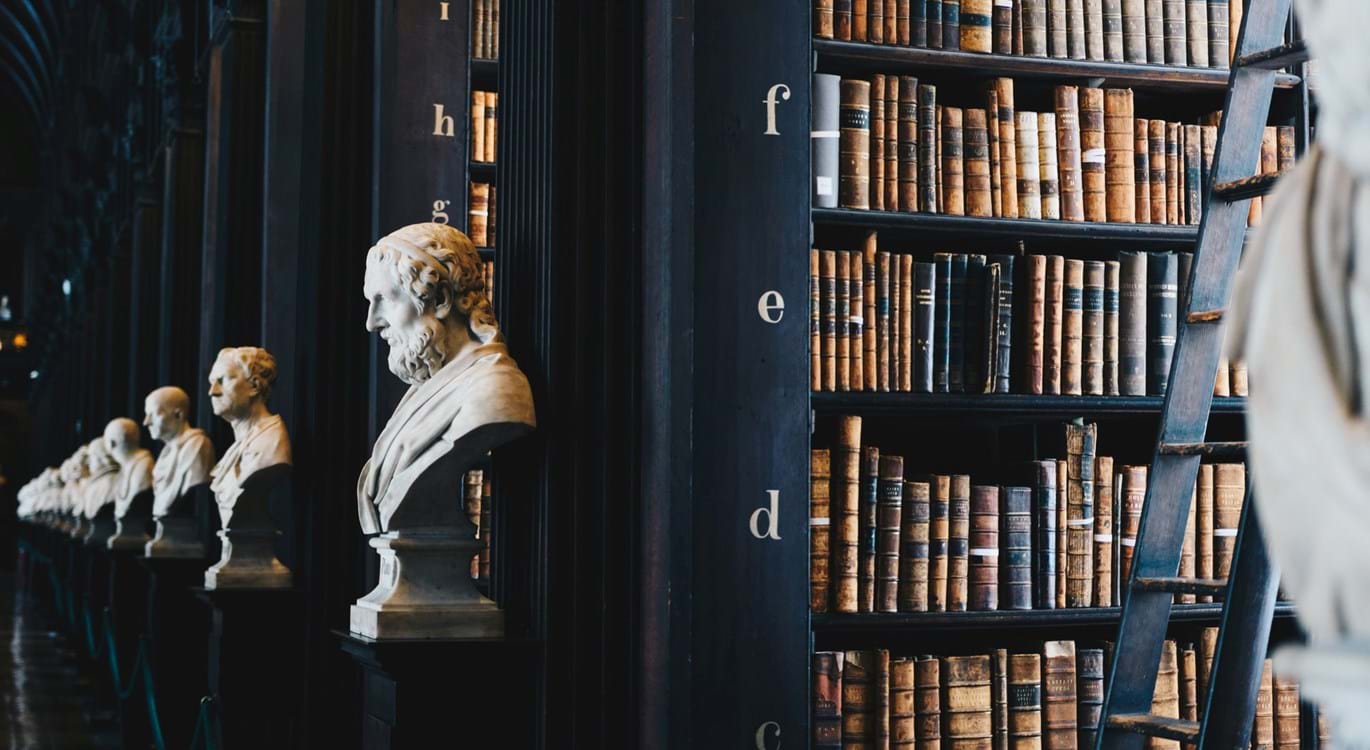 The winds of change

At first glance, that seems to be the experience of Daniel in chapter 6 of his book. He is now an aged man, living in the same city but under a new administration (the Medo-Persian empire) and a new ruler (Darius the Mede).

One notable difference is the introduction of laws; they were not mentioned in the first five chapters but will become a significant theme in the remainder of the book. The Babylonian empire was a totalitarian dictatorship – a ruler like Nebuchadnezzar had little interest in trivialities like laws, particularly if they might restrict his power. Daniel tells us that “all peoples, nations, and languages trembled and feared before him. Whomever he wished, he executed; whomever he wished, he kept alive” (Daniel 5:19).

The Medo-Persian empire, however, was a constitutional monarchy. Although the rulers wielded tremendous power, they were bound by the law, “the law of the Medes and Persians [is] that no decree or statute which the king establishes may be changed” (verse 15). It was, at least in theory, an attempt at a more just and equitable society.

However, when we look beneath the surface we discover that nothing has really changed. Human nature, exemplified in the actions of the governors, satraps and Darius himself, has not improved, remaining as self-serving, proud and greedy as ever. Wicked people will always find ways to do wicked things, regardless of the type of society they find themselves in. Human nature is not improved by changing the surrounding circumstances; it was, is, and apart from divine intervention always will be, sinful.

Contrasted sharply against this is the character of God; He is still the same faithful, powerful and unfathomable sovereign ruler. We can take comfort in the prophecy of Malachi, “I am the Lord, I do not change” (Malachi 3:6). As Darius will soon discover, what man decrees is no obstacle to the plans and purposes of God. And as Daniel knows, even when we do not understand those plans and purposes, they “work together for good to those who love God, to those who are the called according to His purpose” (Romans 8:28).

As Lennox explains, “laws are based on values, but they are not the same as values. Laws are enactments (by the state) for the purpose of upholding values” (John Lennox, Against the flow, Monarch Books, 196).

It is important that we understand this order. For example, everyone agrees that murder is a wicked and evil thing. So we have laws that punish murderers harshly. But murder is not wicked simply because it is against the law, rather it is wicked because human life is sacred. In the case of the innocent, no other human has the right to take their life.

The law does not make something, in this case human life, valuable, but rather protects what is already valuable.

The opposite is also true; just because a society legislates particular laws, does not mean that the values the law is based on are moral. For many years, Western societies legalised human trafficking via the slave trade. Even though it was legal, this did not stop it from being morally abhorrent. The same could be said, in a modern context, of abortion legislation.

The law does not confer righteousness on certain acts. It may demonstrate that society approves of the act but it does not make it morally good.

The law proposed by the treacherous governors and implemented by Darius is truly shocking: “whoever petitions any god or man for thirty days, except you, O king, shall be cast into the den of lions” (verse 7). Darius is putting himself in the place of God, saying, “I am the only one who can grant you what you need”. This places Daniel in a dangerous position. His God-centred worldview is completely opposed to the self-centred worldview of the king.

The question then arises, can a Christian ever break the law of the land? If yes, why and how should this be done?

The simple answer is yes. However, understanding why and how we may break the law is considerably more nuanced; Daniel’s refusal to comply gives us an excellent template for godly protest.

Paul told the Romans that we should “let every soul be subject to the governing authorities. For there is no authority except from God, and the authorities that exist are appointed by God” (Romans 13:1). In the vast majority of cases, believers are bound by the law of God to observe our local and national governments’ laws – even laws we may not particularly like, such as speed limits! These laws and the people who institute them are appointed by God for our benefit and protection.

But what happens, as is increasingly the case in the West, when laws are enacted which are clearly at odds with the revealed will of God in the Bible? For the believer, the course of action is clear: we must refuse. We must not and cannot engage in or endorse behaviour that brings displeasure to God.

Peter clarifies this: “We ought to obey God rather than men” (Acts 5:29). Daniel is prepared to protest, regardless of the potential cost to himself. We must be willing, as Daniel was, to serve God by prioritising His will, even if that costs us our reputations, our jobs, our freedom, even our lives.

The manner of Daniel’s protest is very significant; his behaviour is radically different from the form of protest we are used to. “Now when Daniel knew that the writing was signed, he went home. And in his upper room, with his windows open toward Jerusalem, he knelt down on his knees three times that day, and prayed and gave thanks before his God, as was his custom since early days” (verse 10, emphasis mine).

Daniel did not take to the streets with placards; he did not go out at night burning and looting. He quietly but deliberately continued doing what he had always done – praying to God, acknowledging His greatness. Even when the soldiers arrived to arrest him, there was no resistance or defiance; he was prepared to submit to the authority of the king.

The earlier quotation from Romans 13 stated that we must be “subject to the governing authorities”. This is slightly, but crucially, different from obeying the governing authorities. We cannot bow to human authority when that means disregarding God’s authority – doing what they want rather than what He wants. But in the same breath, we cannot resist human authority as that would also be disregarding God’s authority. If there are consequences for our protest, we must be willing to face that.

In this regard, as in everything, the Lord Jesus is the greatest example: “when He was reviled, [He] did not revile in return; when He suffered, He did not threaten, but committed Himself to Him who judges righteously” (1 Peter 2:23). He knew that the personal cost He incurred would bring glory to God.

Doing the wrong thing will harm our testimony for God. But doing the right thing in the wrong way can be just as harmful.

The value of a life

God’s moral law said that Daniel’s life, like every other human life, was valuable. However, to the plotters, Daniel’s life was merely an obstacle to their own ambitions. If they needed him to be put to death to advance their own intentions, they had no qualms about doing that. They placed no value on his life.

This is social Darwinism at its most blatant, a “dog eat dog” world where the strong triumph over the weak with no consideration for the morality of their triumph. Such a mindset arises when human life has been devalued by reducing it to a series of chemical reactions and physical processes. If we remembered the dignity that was conferred on man by God at creation, such actions would never occur.

The measure of a society’s civilisation is how it values human life, in particular the lives of those less powerful and significant than those who determine the laws. In the Western world, where abortion is available on demand, the poor are downtrodden and the elderly are neglected, we see the sad reality of how truly uncivilised our society is.

It is interesting to note that Daniel values the preservation of his life as secondary to obedience to God, much like the Lord encouraged His followers to do: “whoever desires to save his life will lose it, but whoever loses his life for My sake will save it” (Luke 9:24). It would have been easy for him to comply with Darius’ decree; he only had to do it for 30 days and then he was free to worship as he saw fit. But Daniel would rather die than dishonour God. Again, this is derived from his values; he understood God to be the ultimate being from whom all meaning, purpose and value flowed. Everything, including his life, was second to God.

A final point about laws is that they have no power in themselves – they need someone to enforce them. This is another way in which human statutory laws and God’s moral law differ significantly: God always enforces His law. This is why Christians have no need to fear for the future. No matter how far our society’s laws deviate from the principles of God, the position of the righteous will ultimately be vindicated, as Daniel’s was when God preserved him, not from the trial, but in the trial.

The converse is that those who oppose God will ultimately pay the price for their resistance to His sovereign will. Those who sought Daniel’s destruction brought their own destruction for their refusal to submit to God’s moral law: “Vengeance is Mine, I will repay, says the Lord” (Romans 12:19).