It had been a year since Germany invaded Poland, and Neville Chamberlain, the Prime Minister, broadcast the British declaration of war against Germany. The war had not been going well. France had surrendered, the British Expeditionary Forces had been snatched from Dunkirk, the Battle of the Atlantic was in its early stages, and the Battle of Britain was at its height. 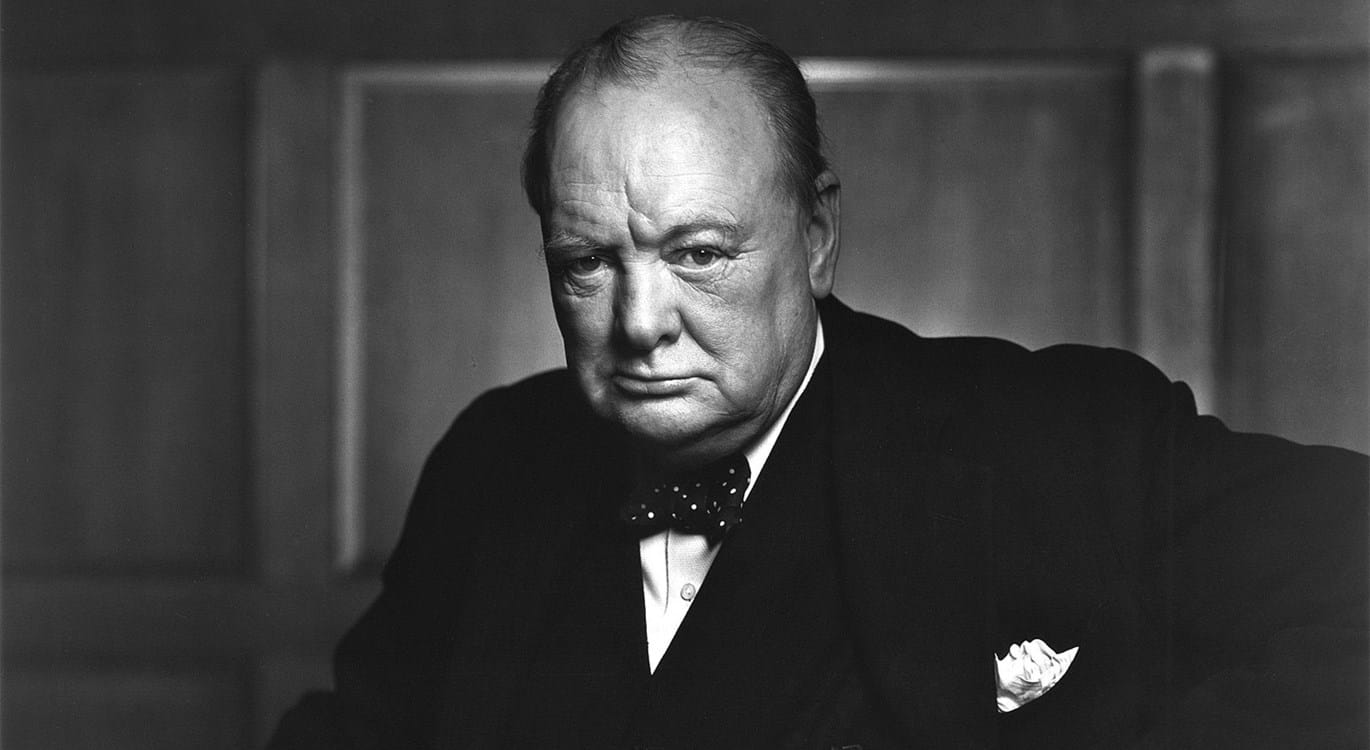 On 20thAugust 1940, Winston Churchill addressed the House of Commons on the state of the War, and in one of his most significant speeches paid tribute to the air crews fighting the Battle of Britain. In doing so he used a phrase that would become famous: “Never in the field of human conflict was so much owed by so many to so few.”

The Battle of Britain lasted 112 days. From July 10thuntil October 31st1940, there were regular clashes between the Royal Air Force and the Luftwaffe in the skies above Britain. According to RAF statistics, from an estimated aircrew of 3,000, around half survived the four-month battle. 544 Fighter Command pilots and crew were among the dead, as were more than 700 from Bomber Command and nearly 300 from Coastal Command. As a result of Churchill’s speech they became known as “The Few”.

According to the historian Rupert Hart-Davis, the phrase Churchill delivered in Parliament was not the original version. In 1954, General Hastings Ismay, Churchill’s chief military assistant, related an anecdote to Hart-Davis; “Churchill and Ismay were travelling together in a car, in which Winston rehearsed the speech he was to give in the House of Commons on 20 August 1940. When he came to the famous sentence, ‘Never in the history of mankind have so many owed so much to so few’, Ismay said 'What about Jesus and his disciples?' 'Good old Pug,’ said Winston' who immediately changed the wording to ‘Never in the field of human conflict....”.

The exploits of “The Few” are worthy of their place in the annals of conflict throughout history. For three months a few thousand men fought for the preservation of their nation and the defeat of tyranny. The threat of Nazi Germany was a reality to the British people as they read about the subjugation of other European nations: Nazi ideology was imposed, freedoms were removed, people were persecuted. There had never been such a swift, comprehensive and brutal conquest of Europe. The very existence of Western democracy was at stake.

However, Ismay was right to raise the question, “What about Jesus and his disciples?”

Churchill often referred to the darkness and evil of Adolf Hitler and his Nazi doctrines. Even today most people would agree with Churchill’s language. The full extent of Nazi barbarity only came to light following the end of the war in 1945 with the discovery of the concentration camps and their final solution of murdering millions of Jews and other ethnic minorities.

The Bible takes us behind the actions and rhetoric of men like Adolf Hitler to the source of such evil. You do not need to read very far into the Bible before you meet Satan in his guise as the Serpent of the Garden of Eden. In those early chapters of Genesis the conflict between God and Satan, light and darkness, good and evil is brought into the realm of men. Satan caused Adam and Eve to sin, and in so doing they turned, with disastrous consequences, from God to Satan. The Bible says, “Therefore, just as through one man sin entered the world, and death through sin, and thus death spread to all men, because all sinned” (Romans 5:12).

The pervasive influence of sin is, without doubt, the greatest enemy facing mankind. From the earliest days of history, no place or person remains untouched by sin. Satan’s ideology of rebellion against God manifests itself in mankind’s rejection of God’s Law, preferring darkness to light. When the Lord Jesus came into the world as God manifest in flesh, the Bible sums up the situation: “this is the condemnation, that the light has come into the world, and men loved darkness rather than light, because their deeds were evil” (John 3:19).

"From the earliest days of history, no place or person remains untouched by sin."

Sin is the hardest taskmaster. It degrades and destroys, leading us further and further away from God. The Bible uses the language of slavery to refer to sin: “Jesus answered them, ‘Most assuredly, I say to you, whoever commits sin is a slave of sin’” (John 8:34). John Newton knew all about slavery, spending years in the 1700s working aboard slave ships crossing the Atlantic Ocean. However, he turned to God from his sin and wrote the well-known hymn, “Amazing Grace, how sweet the sound, that saved a wretch like me, I once was lost, but now am found, Was blind but now I see.” He understood that, being liberated from the greatest slavery of all, he was free from Satan’s domination of his life. God had saved him through faith in the Lord Jesus and His sacrificial death at Calvary.

Sin causes the greatest divide. The most fearful consequence of being a sinner is to die separated from God as a slave to sin. There is no circumstance on earth that can be compared to entering eternity subject to God’s judgment. It ought to fill our hearts with dread as we consider the end facing those “who do not know God . . . who do not obey the gospel of our Lord Jesus Christ” (2 Thessalonians 2:8).

The gospel of the Bible is the story of God’s love for fallen mankind. In the face of a wicked and rebellious enemy, God has provided salvation for a world of sinners. Freedom from the tyranny of sin and the awful eternal consequences of being separated from God have been purchased at terrible cost, not by “The Few”, but by one man. Ismay was right to speak about Jesus and His disciples, but he was not quite accurate. It is not to Jesus and His disciples that we owe an incalculable debt, but to Jesus only. The apostle Peter, who was one of those disciples, put it well when he preached the gospel: “Therefore let it be known to you, brethren, that through this Man is preached to you the forgiveness of sins” (Acts 13:38). This truth lies at the heart of the greatest news you will ever hear.  “For there is one God and one Mediator between God and men, the Man Christ Jesus” (1 Timothy 2:5).

"In the face of a wicked and rebellious enemy, God has provided salvation for a world of sinners"

As Winston Churchill stood in the House of Commons on the 20thAugust 1940, men were giving their lives in the Battle of Britain. The sacrifice of a life is often referred to as the ultimate sacrifice. What more can be given?

When Jesus came from heaven, He came to die. In order to defeat Satan and provide salvation for a world of sinners, Jesus left the glory of heaven to be born of a woman. He lived so that He might die. His sacrifice of a perfect, sinless life was the only sacrifice that could deal with sin and satisfy the justice of God. The Bible says, “once at the end of the ages, He has appeared to put away sin by the sacrifice of Himself” (Hebrews 9:26). Cecil Alexander wrote, “There was no other good enough to pay the price of sin; He only could unlock the gate of heaven and let us in”.

During the precarious early years of World War 2, the British population had no choice but to trust the RAF to deliver them from the aerial onslaught of the Luftwaffe. Because they had no other means of defence against their enemy, the future of the nation lay in the hands of “The few”.

For a person seeking salvation from the problem of sin and its eternal consequence there is no choice to make. The Bible says, “He who believes in the Son has everlasting life; and he who does not believe the Son shall not see life, but the wrath of God abides on him” (John 3:36). Jesus Himself said “I am the way, the truth, and the life. No one comes to the Father except through Me” (John 14:6).