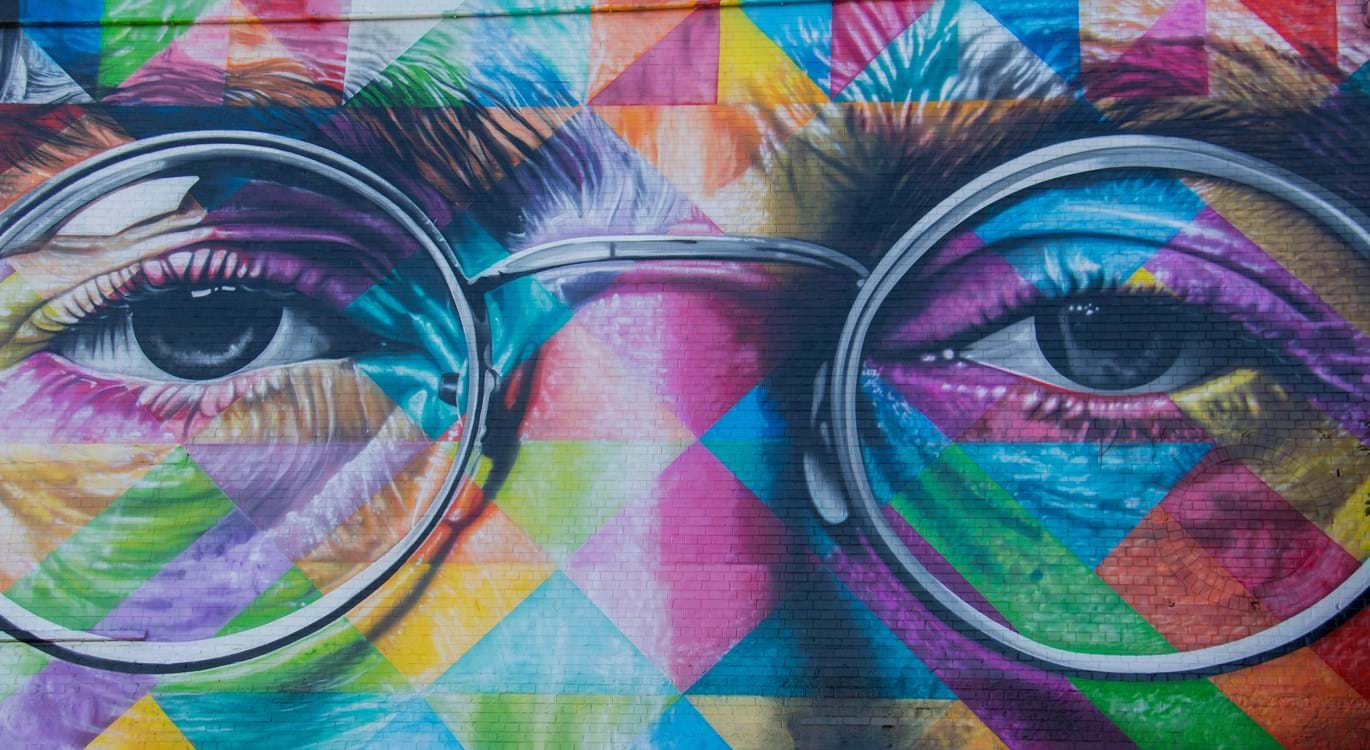 Imagine there's no heaven
It's easy if you try
No hell below us
Above us only sky
Imagine all the people
Living for today... Aha-ah...

For thinkers, it would be logically incomprehensible

If we knew that there was no heaven or hell, it would present us with a huge problem: how could the Bible, which has got it right every time it talks about future events, get it wrong on the subject of the afterlife?

The Bible contains many prophecies which were outside the ability of the human author to predict or produce.1 These prophecies were given well in advance of the events, yet undeniably they came to pass. No other literature contains anything comparable to the prophecies of the Bible. They serve as empirical evidence of divine inspiration.

But if there is no heaven or hell, then one of two questions has to be answered: how did God get it wrong? Or, how did the biblical authors get it right?

How did God get it wrong?

If fulfilled prophecies are proof of divine inspiration, then how did God get it wrong about heaven and hell? The same books that contain these amazing predictions also contain teaching about the afterlife. How could God have guided the writers into truth in one part of their book and into error in another part?

How did the biblical authors get it right?

If the Bible isn’t divinely inspired, how did the biblical authors manage to predict the unpredictable and know the unknowable so often and in such detail? How could they see beyond the limits of their lifetime and the borders of their land to events in far off times and places? How did Moses know that Israel was going to be a disobedient, dispersed and despised people, spelling out how they would be treated by other nations (Deuteronomy 28-31)? How did David know about the crucifixion of Christ 500 years before crucifixion and 1000 years before Christ (Psalm 22)? How did Ezekiel know the exact details of the overthrow of the ancient Phoenician seaport of Tyre at least 200 years before it happened (Ezekiel 26)? How did Daniel know four centuries of history in advance (Daniel 11)?

"If the Bible isn’t divinely inspired, how did the biblical authors manage to predict the unpredictable and know the unknowable so often and in such detail?"

What conclusions should we draw? ... In the fulfilment of prophecies such as these, God reveals His own existence and authenticates His prophets along with their messages. The Bible believer, then, is not blindly trusting anyone who claims to have had a revelation. He or she is accepting Scripture on the basis of strong verification that it comes from One who knows, the God who controls history.2

Imagining there’s no heaven or hell confronts us with these two questions, one of which must be answered – How did God get it wrong? How did the biblical authors get it right? I can’t come up with a sensible answer to either of them, no matter how much I imagine.

For sufferers, they would be utterly inconsolable

John Lennon thinks he is imagining something wonderful, but is he?

Imagine there’s no heaven – tell that to the mother who has just lost her child.

Look at all the evil in the world and say there’s ‘no hell below us’ – justice will never be done and evil will go unpunished.

Go to people who are under the heel of tyrannical dictators and remind them, ‘above us, only sky’.

Visit the terminally ill, the falsely imprisoned, the downtrodden and heartbroken and encourage them to live ‘for today’. Remind them that this life is all there is and as good as it gets. What a message of utter hopelessness!

No hope of retribution

In John Lennon’s imaginary world there would be no hope of retribution, because there would be no law, no court, and no judge. The murderer, the rapist, the abuser (who are ‘living for today’) would end up exactly the same as the murdered, the raped and the abused.

Fyodor Dostoyevsky pointed this out in The Brothers Karamazov. One of the characters (Dimitri Karamazov) is responding to the notion that science explains everything, that our beliefs and behaviours are entirely determined by chemistry, and this new understanding eliminates God and the soul. ‘“But what will become of men then?” I asked him, “without God and immortal life? All things are lawful then, they can do what they like?”’ He had caught on that, if there is nothing above us but sky, then might makes right.

Richard Wurmbrand experienced this personally when he was tortured by the Communist regime in Romania. He said, ‘The cruelty of atheism is hard to believe when man has no faith in the reward of good or the punishment of evil. There is no reason to be human. There is no restraint from the depths of evil which is in man. The communist torturers often said, “There is no God, no Hereafter, no punishment for evil. We can do what we wish.”’3

But it’s not only that people will get away with evil. Without the existence of a sovereign God, we have no foundation for calling anything evil. Evil is a departure from the way we ought to behave, but if, when we look above we see only sky, then there is no way we ought to behave – the sky doesn’t care or command. No one can say to another, ‘You shouldn’t do that.’ To do so is to put yourself above them and force your own personal preferences on to them.

No hope of redemption

In John Lennon’s imaginary world there would be no hope of the wrongs suffered in this life having any purpose. Richard Dawkins paints the picture:

In a universe of blind physical forces and genetic replication, some people are going to get hurt, other people are going to get lucky, and you won’t find any rhyme or reason in it, nor any justice. The universe we observe has precisely the properties we should expect if there is, at the bottom, no design, no purpose, no evil and no other good. Nothing but blind, pitiless indifference. DNA neither knows nor cares. DNA just is. And we dance to its music.4

"Thankfully, the Christian has something to say in the face of tragedy"

Thankfully, the Christian has something to say in the face of tragedy – we can look to the rock-solid reality of the death and resurrection of the Lord Jesus Christ as evidence that there is a God of perfect love and righteousness who guarantees that our suffering is not random and that justice will be done. There is reason to trust and reason to hope.

John Lennon said we might think he is dreaming. But his world isn’t a dream, it’s a nightmare.

For believers, it would be ultimately inconsequential

One of my favourite characters in C S Lewis’s Chronicles of Narnia is Puddleglum the Marsh-wiggle. In The Silver Chair he, along with Jill Pole, Eustace Scrubb and Prince Rilian, are trying to escape from Underland to Narnia, but are bewitched by the soothing strumming of the witch’s mandolin. In a sweet and musical voice, she tells them that there is no Narnia – Underland is all there is (does this sound familiar?). The pessimistic Puddleglum breaks the spell and speaks up:

All you’ve been saying is quite right, I shouldn’t wonder. I’m a chap who always liked to know the worst and then put the best face I can on it. So I won’t deny any of what you said. But there’s one thing more to be said, even so. Suppose we have only dreamed, or made up, all those things – trees and grass and sun and moon and stars and Aslan himself. Suppose we have. Then all I can say is that, in that case, the made-up things seem a good deal more important that the real ones. Suppose this black pit of a kingdom of yours is the only world. Well, it strikes me as a pretty poor one. And that’s a funny thing, when you come to think of it. We’re just babies making up a game, if you’re right. But four babies playing a game can make a playworld which licks your real world hollow. That’s why I’m going to stand by the play-world. I’m on Aslan’s side even if there isn’t any Aslan to lead it. I’m going to live as like a Narnian as I can even if there isn’t any Narnia. So thanking you kindly for our supper, if these two gentlemen and the young lady are ready, we’re leaving your court at once and setting out in the dark to spend our lives looking for Overland. Not that our lives will be very long, I should think; but that’s a small loss if the world’s as dull a place as you say.

The message of the gospel has brought me immense peace and immeasurable joy because I live life in the enjoyment of a real relationship with God through Christ. I have the assurance of forgiveness and the anticipation of heaven. This brings me such freedom and packs my life full of purpose. Christians enduring trial do so with the assurance that there is a divine purpose in it all and a glorious prospect beyond it, enabling them to ‘greatly rejoice, though now for a little while, if need be, [they] have been grieved by various trials’ (1 Peter 1:6).

"I can’t see any reason to trade the fulfilling reality I have experienced for Lennon’s empty fantasy imagination."

I can’t see any reason to trade the fulfilling reality I have experienced for Lennon’s empty fantasy imagination. It is a huge gamble to abandon all the evidences for the Christian gospel for the illusory world of John Lennon. If you lose this gamble, you pay for it forever.

On the other hand, let’s assume (for argument’s sake) that somehow all the evidence for Christianity is false and all the experience of millions of Christians a fantasy. Let’s just say that when I die there is nothing: I won’t even know I was wrong, and the atheist won’t even know he was right. He has gained nothing; I have lost nothing.

I’ll stick with the glorious reality of the gospel of Christ. Lennon’s imagination can’t compete.