A woman in her 70s from Northumberland was having a clear-out when she came across a box containing her wedding band and a number of cheap costume jewellery items. 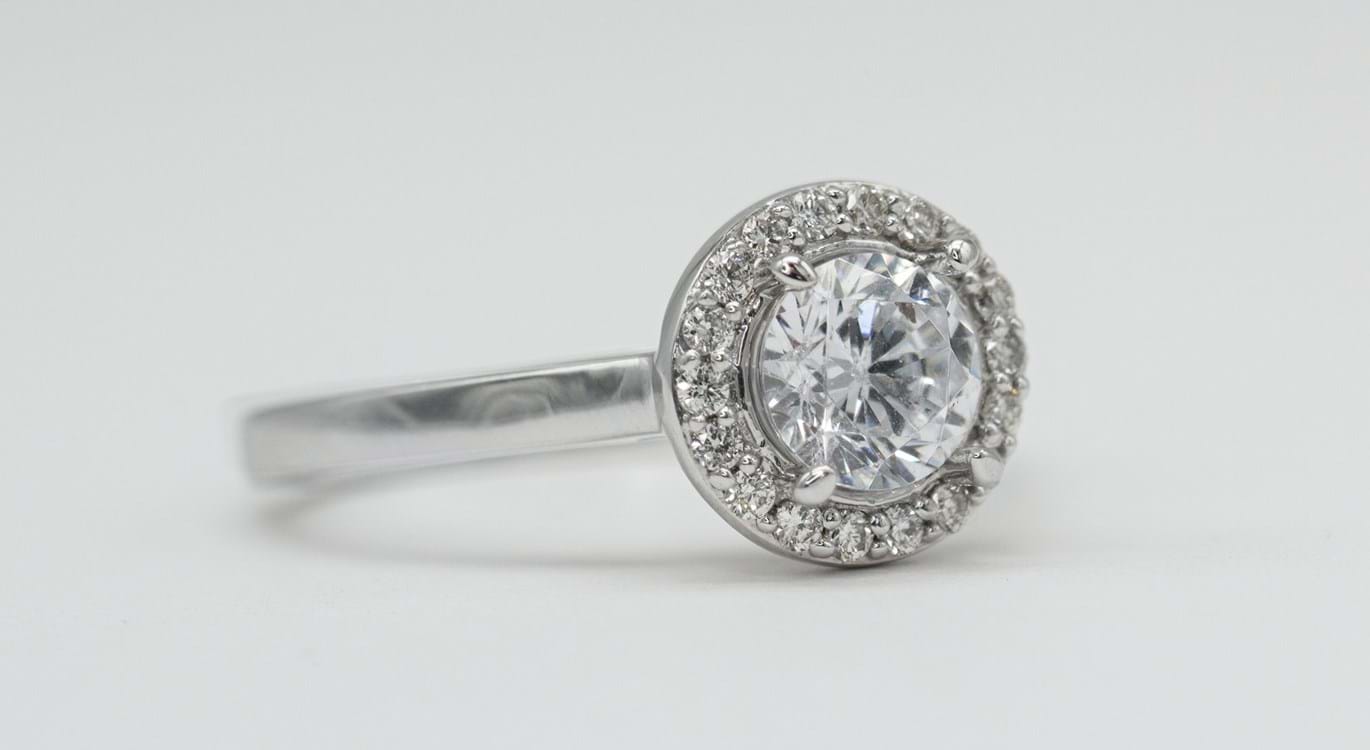 Keen to declutter, she considered just binning the lot saving only her wedding ring but was persuaded by a friend to get them all valued by a local auctioneer. What did she have to lose as she was passing by on her way to another appointment in town?

The auctioneer noted the low quality of the articles as a whole and only turned his attention to them a few days later. Seeing a large stone about the size of a pound coin he assumed it would be the popular synthetic diamond lookalike cubic zirconia, and set it aside to check later on his diamond testing equipment. Imagine his surprise when, on testing, it was revealed to be not a cheap impersonation but the real thing. A 34-carat diamond ring worth an estimated £2 million pounds! The anonymous (and now much richer) 70-year-old had no memory of even purchasing the item although she was an avid fan of bric-a-brac and car boot sales.

Consider the surprise of the auctioneer and delight at his commission. Imagine the shock and delight for the woman who had sat on a fortune gathering dust in her attic, perhaps for decades. Imagine the regret of the unknowing car boot sales person clearing out their priceless heirloom for a pittance.

On the one hand I am reminded of two stories that the Lord Jesus told. One about a man who found treasure buried in a field and another of a trader who found a costly pearl.  Recognising the value of their finds both sold all that they had in order to purchase the treasure before anyone else could. The Bible says in Deuteronomy 4:29: “seek the LORD your God, and you will find Him if you seek Him with all your heart and with all your soul”. These stories are a picture of someone seeing God Himself for the treasure that He really is.

On the other hand I am also reminded of one of Jesus’ closest friends. One of His twelve disciples, who had walked with Him, talked with Him, eaten with Him, witnessed His miracles and heard His teaching, yet when it came to making a quick buck he betrayed Jesus to the authorities for a handful of pocket change. The inadvertent seller of the £2m diamond was far less of a fool than the one who sold Jesus for thirty pieces of silver. He planted the kiss of betrayal on the cheek of the precious Son of God and the blood money burned a hole in his pocket as well as his soul. He tragically ended his life shortly afterwards by suicide.

If you dropped twenty pence in the street, how hard would you look for it? Probably not very hard or for very long. The return just doesn’t justify the investment. But what if you dropped that £2 million pound 34-carat diamond? You would search high and low, leaving no stone unturned, seeking with all your heart and all your soul for the lost treasure. Many people say that they are seeking God but they treat him more like a twenty pence piece, “nice to have back, but it won’t change my life”, rather than the infinite treasure that He really is. Seek first the kingdom of heaven is the Bible’s instruction, making entry into God’s kingdom a priority action. There is a Christian hymn that goes like this:

What do you think of Christ? A trinket of cubic zirconia on a setting of fool’s gold or a treasure worth giving up anything and everything for?