What do you want for Christmas? A new toy? A great trip? A winning lottery ticket? We are so easily distracted by temporary baubles. When God gave us the gift of Christmas, He looked at a world dominated by disappointment, conflict and oppression, and gave us a King. God is about solving our problems at the root cause level. The enthronement of self entombed in each of our hearts has doomed our souls and nations to disaster. 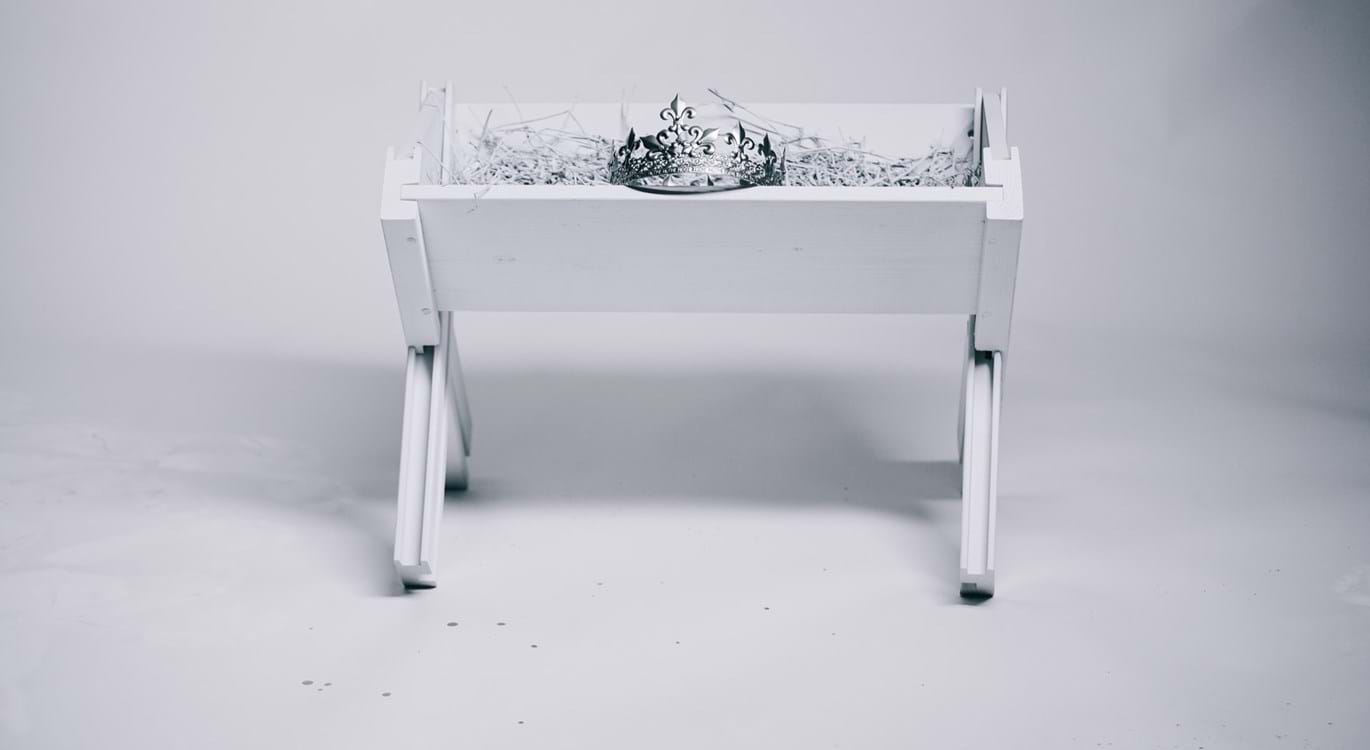 To hopeless people in a similar situation, the prophet Isaiah recorded the following words, “a king will reign in righteousness” (32:1). We are a part of a broken world. Our lives have been shattered by our own self-will and further blasted by the actions of others. Doesn’t your heart long for peace and justice? Can it even be possible that a King would reign in righteousness – uncorrupted and for the good of the people?

In the little town of Bethlehem, over 2,000 years ago, God’s answer was the gift of His Son, Jesus. He was “born King of the Jews (Matthew 2:2) and came with the heavenly desire for peace on earth (Luke 2:14). When He began His public ministry some thirty years later, His mission was clear.

The reign of God was at hand. The difficulties caused by endemic sin were about to be remedied. Glimpses of the glory of this kingdom age were displayed in miraculous healings and the forgiveness of sin.

But we didn’t want Him. The exposure of our hearts in the face of His righteousness condemned us. The cry of the crowd prevailed, “We will not have this man to reign over us” (Luke 19:!4). So He was crucified, with the charge affixed to His cross, “THE KING OF THE JEWS” (Mark 15:26).”

Has God’s mission been thwarted? Was the promise of a king who reigns in righteousness all a dream? Are we consigned to a hopeless future? A million times, no! The death of the Christ (God’s anointed King) has ensured the future reality of peace on earth. The sin in each of our hearts was atoned for on that cross when the Sovereign of the universe took the place of His subjects, and suffered on their behalf. Peace on earth is possible because the problem of sin has been solved!

So the King will reign in righteousness. His death was for our sin, and His resurrection from the dead validates the righteousness of His character. Will you be His subject in the coming kingdom? Are you ready for His return? He will be sent from heaven again. All who have bowed repentantly before Him in faith long for this moment. He won’t be coming to be rejected and crucified, but in power and glory He will set up His kingdom as the “King of kings” (Revelation 19:16). It will be too late to own Him as King then, when He subdues all that is unrighteous before Him.

Have you honoured God by receiving His gift of the King? He longs to deliver “us from the power of darkness and [convey] us into the kingdom of the Son of His love, in whom we have redemption through His blood, the forgiveness of sins” (Colossians 1:13-14).