The Cosmos Points to God

To some, the question “Is there a God?” seems as ridiculous as the question “Is there a tooth-fairy?” Yet there are many well-educated adults who believe in God, while there are none who believe in the tooth-fairy. This makes clear that whether God exists or not is a question on a very different level from the existence of the tooth-fairy. God is not proposed as an explanation of something incidental which can be otherwise satisfactorily explained; He is the only satisfactory explanation for our universe. 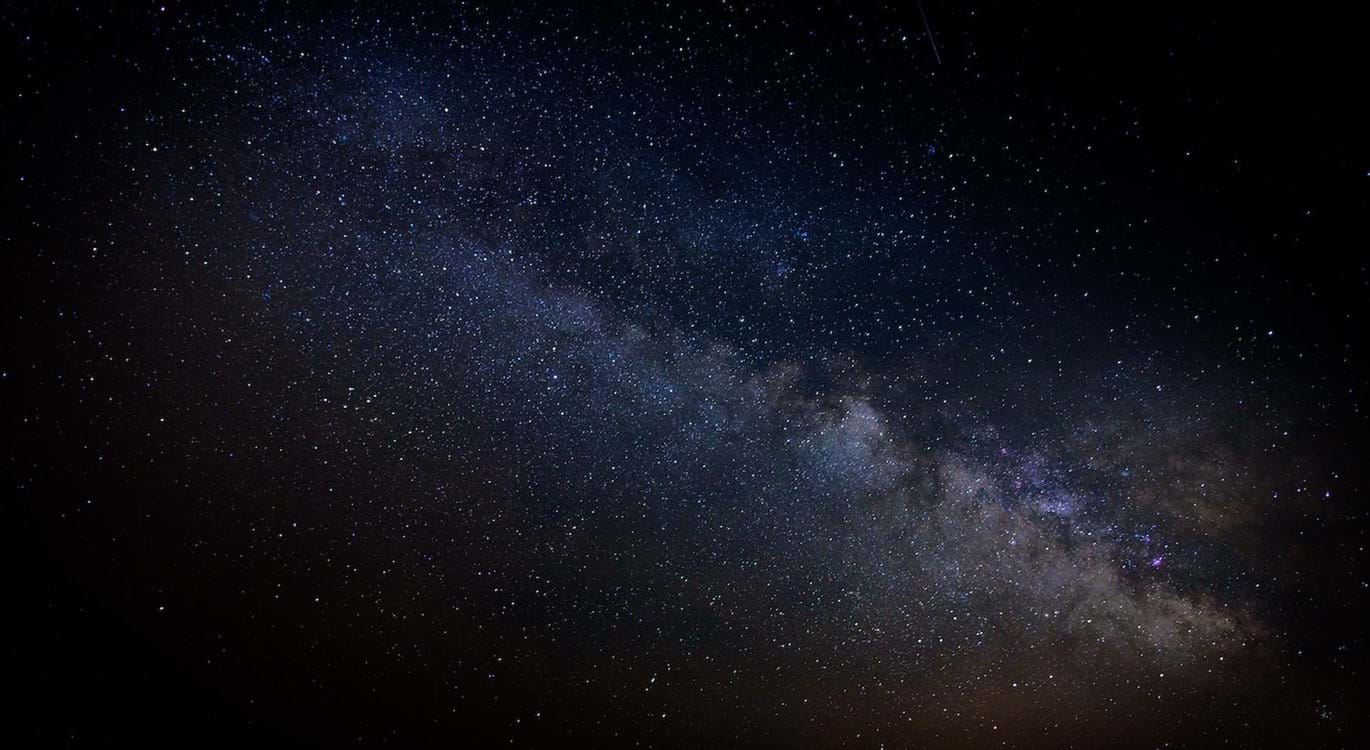 Many have attempted to explain the origin of the universe without God, and the sad result looks something like this: “In the beginning nothing created everything”. That’s it. Ignoring the fact that nothing is the absence of anything, it is spoken of as if it possessed energy, intelligence, and will and could produce the universe.

When God is replaced with nothing, wisdom is replaced with folly (Romans 1:22). Whether it concerns matters of origin or destiny, morality or meaning, logic or love, man’s endeavours to explain reality apart from God always arrive at this same cul-de-sac of absurdity. An atheist must deny the obvious to maintain a belief in nothing.

A friend and I were recently chatting to an atheist who (apparently) believed only in the existence of the physical world. However, in our conversation he appealed to logic, expressed love for his departed wife, passed judgment on the moral character of his neighbours, and told us of a dream which, he affirmed, later came true. Logic and love, morality and dreams - we believe that these exist, yet they are not made of physical stuff. How much does logic weigh? What does love measure? Can morality or dreams be put in a jar and examined? These questions should show the absurdity of believing only in the physical. Our atheist friend, when challenged about the fact that his dream had come true, said that there “must be a physical, material explanation”. I pointed out to him that he had no evidence to support this assertion, and the only reason he said this was because of his commitment to a materialistic worldview. He had already excluded the possibility of the supernatural.

A pre-requisite to finding truth is seeking it. We must be willing to be convinced by evidence. Ask yourself, “Am I determined to reject any evidence for God’s existence?” If so, you are not a truth-seeker, but a truth-suppressor, and there is little hope of convincing you against your will. Consider with me the following lines of evidence which point to the existence of God.1

Everything we see, touch, taste, smell, and hear was once not in existence. All physical reality had a starting point. Not only so, but the cosmos is finely tuned for human life. These two facts are intended to turn our thoughts to a Creator and Designer.

The Commencement of the Cosmos

“In the beginning God created the heavens and the earth” (Genesis 1:1). At a point of time in the finite past the universe began to exist. This is affirmed by the vast majority of scientists2.  However, scientists did not always believe this and, as evidence came to light in support of this absolute beginning, many were unhappy. In God and the Astronomers Robert Jastrow (a self-proclaimed agnostic) described the experience of the scientific community after they had “proven, by their own methods, that the world began abruptly in an act of creation”:

For the scientist who has lived by his faith in the power of reason, the story ends like a bad dream. He has scaled the mountains of ignorance, he is about to conquer the highest peak; as he pulls himself over the final rock, he is greeted by a band of theologians who have been sitting there for centuries.

The beginning of the universe is a major headache for the atheist. Every thinking person knows that anything that begins to exist must have a cause outside of itself for its existence. Things do not pop into existence out of nothing without a cause. To suggest, as some have, that the universe could create itself from nothing is nonsense - to do so it must have existed before it began to exist (an absurdity). If all material stuff began to exist, we must accept that there is an immaterial cause for its existence.

Just as we look at a house and know that it had a builder, so we can look at the universe, and the world in which we live, and be assured that this ‘house’ has a builder. To deny the existence of a builder is not intelligence; it is folly. The Christian accepts the reality of a Creator and ascribes glory to Him.

"You are worthy, O Lord, To receive glory and honor and power; For You created all things, And by Your will they exist and were created"

The Complexity of the Cosmos

Another confirmation of the existence of God is that the universe has all the hallmarks of design. Richard Dawkins refers to the “illusion of design” and says that it is “so successful that to this day most Americans … refuse to believe it is an illusion”.

His claim, with regard to the universe, is that what appears designed, and what functions as if it is designed, is not designed. However, it is difficult to maintain this stance in the face of the abundant evidence of design which permeates the universe, at both the macro and micro levels. Naturalistic scientists have shown that they are simply unwilling to accept the possibility of design.

Francis Crick, one of the co-discoverers of the structure of the DNA molecule, went so far as to warn scientists that “Biologists must constantly keep in mind that what they see was not designed, but rather evolved”. If scientists did not force themselves to reject the notion of design, “the facts which are staring them in the face and trying to get their attention might break through” (Philip E Johnson, Evolution and Christian Faith).

In everyday life, the more complex a piece of machinery and the more adequately it fulfils a function, the greater our admiration for its designer. Scientists have discovered tremendous evidence that the world is perfectly designed to support human life. In I Don’t Have Enough Faith to Be an Atheist Geisler and Turek compare our world with a spaceship:

"In this vast and hostile universe, we earthlings are much like astronauts who can survive only in the small confines of their spaceship. Like a spaceship our earth supports life as it hurls through lifeless space. But also like a spaceship, a slight change or malfunction in any one of a number of factors - in either the universe or the earth itself - could fatally alter the narrowly defined environmental conditions we need to survive."

This is a helpful analogy, and reminds us of the many factors that make life possible. These are known as anthropic constants and include such factors as gravity, oxygen levels, atmospheric transparency, rate of expansion of the universe, the tilt of the earth on its axis, the speed of light, and many more. If these were at all tinkered with, life on the earth would be impossible. J P Moreland, in Love Your God with All Your Mind, sums up:

"If gravity’s force were infinitesimally stronger, all stars would burn too quickly to sustain life. If ever so slightly weaker, all stars would be too cold to support life-bearing planets. If the ratio of electron to proton mass were slightly larger or smaller, the sort of chemical bonding required to produce self-replicating molecules cannot take place … If the rate of the universe’s expansion had been smaller by one part in a hundred thousand million million, the universe would have recollapsed and could not form or sustain life … If the earth took more than twenty-four hours to rotate, temperatures on our planet would be too extreme between sunrise and sunset. If the rotation of the earth were slightly shorter, wind would move at a dangerous velocity. If the oxygen level on our planet were slightly less, we would suffocate; if it were slightly more, spontaneous fires would erupt."

For this world to be a home for humanity, the whole universe machine had to be fine tuned to a level far beyond the capacity of the greatest of human minds. God has made the universe not only to demonstrate His power but to display His wisdom.

"Now to the King eternal, immortal, invisible, to God who alone is wise, be honour and glory forever and ever. Amen"