In the Bible, Luke chapter 2 tells us how Jesus Christ was born. But have you ever wondered what it was like for some of the others who were involved? Perhaps it was something like this . . . 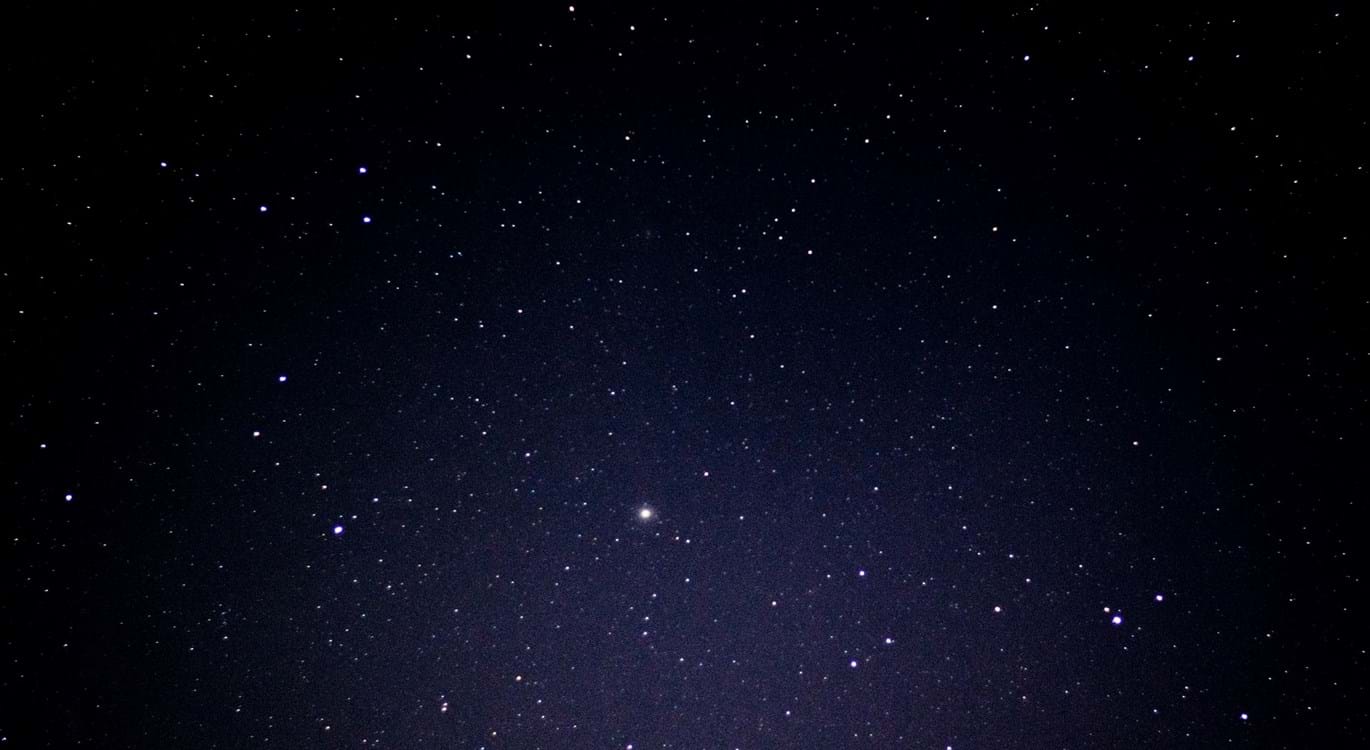 The night was bright with stars. Across the inky heavens they shone in dazzling splendour. The contours of the hard, rocky hillside were bathed in white starlight – it touched the delicate edges of blades of grass, the craggy outlines of rocks and boulders, the sturdy backs of scattered sheep. It cast the shadow of the old shepherd leaning on his crook, watching over the flock.

Snug against the slope of the neighbouring hill, the town of Bethlehem was silhouetted against the night sky. Compact square dwellings, poor shacks, narrow streets, the town’s inn – all merged into one small, squat, unimportant Judean town.

But there was a stir in the town, a liveliness to which it was unaccustomed. Gone was the still quiet of unimportant obscurity; the little town no longer slumbered peacefully. Instead, strangers filled the inn until it was full – then they spilled into the streets, finding whatever shelter they could for the night. They all had one thing in common: once, this small place had been their home town. Once more, they slept in the place of their birth, obeying the dictates of Caesar Augustus in Rome. For, at Caesar’s bidding, a census was taking place.

The old shepherd sighed. Many years of his life had come and gone – all of them shadowed by the might of Rome. How long must his people, Israel, endure the crushing oppression of Rome and the capricious cruelty of Rome’s puppet, King Herod? Had God forgotten His people? These days it was hard to believe that God was “a strength to the poor, a strength to the needy in his distress, a refuge from the storm . . .” (Isaiah 25:4). And what of the countless other promises the God of heaven had made to His ancient people? What of the promised Deliverer? Where was God?

Through the crooked streets of Bethlehem, a couple laboured to pass the strangers still wandering and crowding once quiet places. The man and wife paused briefly at the inn. But there was no room for them there. The nooks and crannies of the town were already filled, so the couple moved slowly, haltingly, away from the bustle of the town, to more distant outdoor caves and shelters. In the direction of the shepherd the couple came, moving carefully, the husband assisting his young wife. On the lower slopes of the hill, beneath the old shepherd’s watchful gaze, they found a cave which sheltered animals. There they stayed.

The noise of jostling, unhappy humanity faded from Bethlehem as the air became colder and the night grew older. The shepherd counted his flock. He joined with other shepherds around a small fire. They spoke, as they often did, of the oppression of their conquerors; of their desire for deliverance; of their need for God’s promised One to set them free.

Suddenly, across the wide expanse of the starry sky, a beam of radiant light streaked, faster than a flash of lightning, to where the shepherds gathered. Around and about them in dazzling array, the glorious light spilled and lit and warmed them. An angel stood among them, right where they were. Down on their knees, down onto the rocky hillside, the wretched shepherds fell in terror and dismay. What had they done that a messenger from Almighty God would visit them?

The voice of the angel reassured them, “Do not be afraid, for behold, I bring you good tidings of great joy which will be to all people. For there is born to you this day in the city of David a Saviour, who is Christ the Lord. And this will be the sign to you: You will find a Babe wrapped in swaddling cloths, lying in a manger” (Luke 2:10-12).

How could this be? Christ – the Promised One, the Deliverer – born here in Bethlehem? In an outdoor place, now lying in an animal’s feeding manger?

All around them, a great crowd of angels joined the first angel to swell the praise to the God of heaven, saying, “Glory to God in the highest, and on earth peace, goodwill toward men!” (Luke 2:14).

Peace on earth – in this place of oppression and poverty and cruel injustice? The night was once more still and starry. The angels departed as a dream departs on awakening – but a sign had been left for them, and, “Let us . . . go to Bethlehem,” the shepherds said to one another, “and see this thing that has come to pass, which the Lord has made known to us” (Luke 2:15).

None knew better than the shepherds of Bethlehem where the feeding mangers would be found. In one of the animal shelters, around and about the small town, they would seek for what the angel described. The old shepherd led the way – down the hillside, to a roughly hewn cave, where the young couple had taken shelter for the night.

A few sheep, cows, goats and other animals stand quietly, curiously calm and unperturbed. A dove coos gently. There is a strange, unearthly quiet over these creatures. Do they know who has come among them? In their midst, a newborn baby is lying in a feeding trough – just as the angel had told the shepherds. He is the promised Saviour, Christ the Lord come down to earth. God revealed in human form.

Slowly, the old shepherd understands. Where was God?  He had come as a man to live among men, come to meet mankind’s greatest need. No great warrior, no heroic deliver, no wealthy king here. And yet, this baby, the Son of God, was the fulfilment of all that God had promised – and more so, for He had come to bring salvation not only to the nation of Israel, but to the whole world! One day, as a man, He would die as a sacrifice for the sins of the world. He became the way for mankind to be reconciled with God – to have forgiveness and lasting peace and one day go to heaven. All that is required is to trust in Him.

This, then, is the great gift offered by God that first Christmas: forgiveness of sins and peace with God through faith in the Lord Jesus Christ.

“In this the love of God was displayed where we are concerned: in that God sent His Son . . . into the world so that we might live through Him. In this is love: not that we loved God, but that He loved us and sent His Son to be the atoning sacrifice for our sins.” (1 John 4:9-10 AMPC)

“For God so greatly loved and dearly prized the world that He gave up His only begotten Son, so that whoever believes in (trusts in, clings to, relies on) Him shall not perish but have eternal life.” (John 3:16 AMPC) 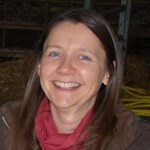 Eunice lives near Inverness, in the rural north of Scotland, with her husband, Michael. They are actively involved in Culloden Christian Assembly. Eunice enjoys reading, art, and all things outdoors.

Sacrificed for our Safety

Some years ago, while on an African safari, our vehicle passed hunting lions. A short distance farther on from them, in the long grass, a young deer was lying alone. 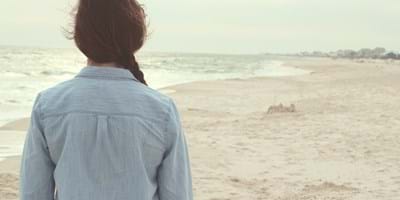 Make Up Your Mind!

As a Christian you have a duty to direct, and train, your mind. 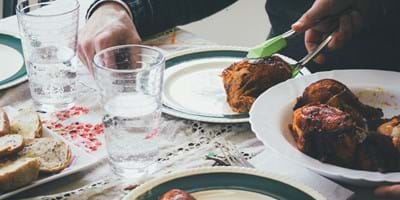 Have you ever met an angel? I don’t think I’ve had one to tea in my house… yet. 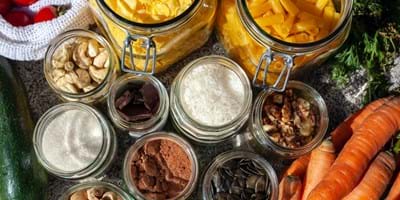 Welcome To My Home (I Wish You Hadn't Come)

I wonder if you, like me, have sometimes felt badly about hospitality? 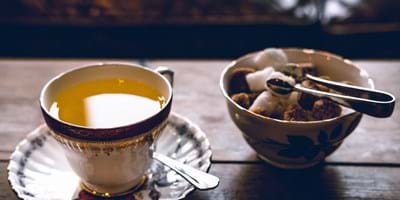 When life is busy and we juggle 101 competing demands, how do we offer hospitality? And who should do this?