PreviousCOP26 – Does the World Need Saving?

“12 days to save the world” is the message on the newsagent’s billboard at the end of the road I live on. What sounds like a promotion for a Hollywood disaster movie is, as I’m sure you know, a reference to the COP26 conference being held in Glasgow. 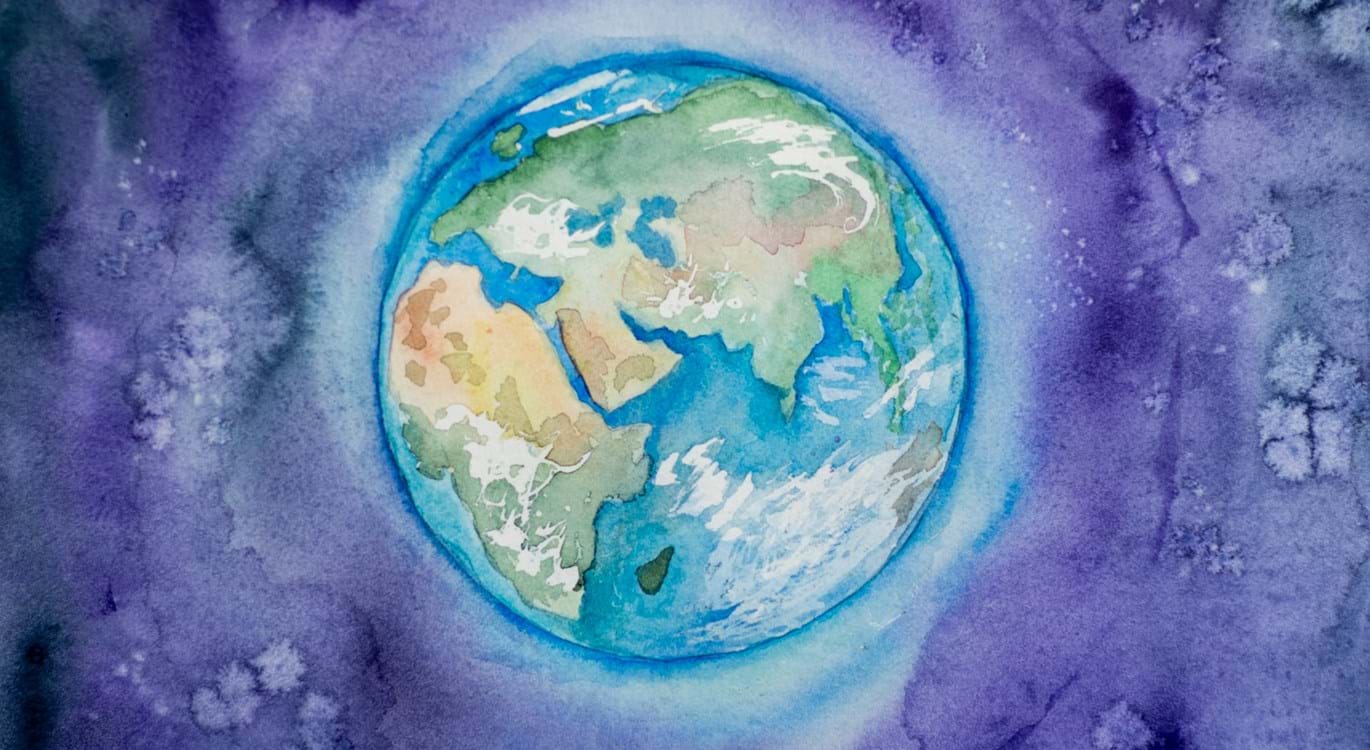 “12 days to save the world” is the message on the newsagent’s billboard at the end of the road I live on. What sounds like a promotion for a Hollywood disaster movie is, as I’m sure you know, a reference to the COP26 conference being held in Glasgow. When it comes to this event there does seem to have been a media competition for who can generate the most dramatic headline. “Our last, best hope” and "It's one minute to midnight and we need to act now" are just a couple of the soundbites that have captured our attention.

How should we view the earth?

The earth was God’s creation and design. He populated it with all good things and placed man on the earth, giving him dominion over all of it.

“Then God said, ‘Let Us make man in Our image, according to Our likeness; let them have dominion over the fish of the sea, over the birds of the air, and over the cattle, over all the earth and over every creeping thing that creeps on the earth.’” (Genesis 1:26)

God gave man authority to subdue creation and have dominion over it. He is to be a steward of it; that means it is not his, but God’s. He is to care for it as the owner intended, but the whole world must be used to provide for and improve the lives of all who do, and will, inhabit it. It has been given so that life can be enjoyed, to the glory of the Creator, God. The earth has been given to serve all mankind but in the using of it there should not be the selfish abusing of it.

Has God spoken about the future of the earth?

The predicted consequences if temperatures continue to rise are an ever-present on our news screens. Doomsday scenarios are constantly laid before us. Even though some of the predictions, from years ago, have been proven to be quite inaccurate, the present forecasts do scare many people.

Many have forgotten that this world has seen a global catastrophe, with significant climate change, before. Due to mankind’s sin God did judge the world by sending a global flood (Genesis 6-9). God, in His grace, revealed the coming judgement and the way of salvation. He was also patient in those days, but eventually the flood came and all outside the ark perished. However, when the occupants of the ark came out, He gave an unconditional promise regarding this earth.

"While the earth remains, seedtime and harvest, cold and heat, winter and summer, and day and night shall not cease." (Genesis 8:22)

Although many people think and speak as if this world is out of control I can tell you, on the authority of God’s Word, that it is not. He is perfectly in control. He is sovereign over all things. That truth should bring the believer great comfort. But it does not absolve anyone from taking due care and appropriate responsibility for the environment. Rather, it gives purpose and dignity to such a task.

God has also revealed the future for this earth. Although we do not know many details of the future or of what impact COP26 will have on our lives, the lives of those in poorer nations and the lives of those younger or yet to be born, we do know that God has told us how this world will end.

“But the heavens and the earth which are now preserved by the same word, are reserved for fire until the day of judgment and perdition of ungodly men.” (2 Peter 3:7)

No one, except God, knows when this end time will come. But there is a reason why it has not come yet. God has promised that it will come, and He is control of that day, but:

“The Lord is not slack concerning His promise, as some count slackness, but is longsuffering toward us, not willing that any should perish but that all should come to repentance.” (2 Peter 3:9)

His desire is for individuals to repent of their sin, trust in Jesus Christ for salvation and have eternal life. In the time of Noah, He waited 120 years before He sent the flood. Now He has waited thousands of years before destroying the world with fire. Ultimately, this world cannot be saved, but any individual can be, through repentance towards God and faith in Jesus Christ.

No Governments or Kingdoms will stop the plan of God. He sees them as a ‘drop in a bucket’ (Isaiah 40:15). It would be hugely beneficial for all the Government and business leaders to spend time in humble prayer, asking the sovereign Lord for wisdom and guidance regarding the issue of climate change. Sadly, many of them and many of the general population have made an idol of the earth, looking to it for life and satisfaction rather than to the one who created and populated it.

Should I act on climate change?

That temperatures are slowly rising seems to be accepted as a fact by most people. In dispute, however, are the answers to questions such as:

As shown above, actions taken on climate change will not affect the ultimate end of this earth or the timing of it. However, we all have a responsibility to take due care of it for all peoples today and for those yet to come.

Wasting resources that God has given us is not good stewardship, but neither is not allowing the needy to use them. There are difficult decisions and choices to be made. Let each person act according to their conscience but let that conscience be informed and transformed by God’s Word.

PreviousCOP26 – Does the World Need Saving?