NextBeauty and Brokenness in Ukraine

On 24 February 2022, the world watched in horror as Russian troops, under the orders of President Vladimir Putin, began pouring over the Ukrainian border. We long for deliverance from conflicts, to live in a world without fear of violence and bloodshed. 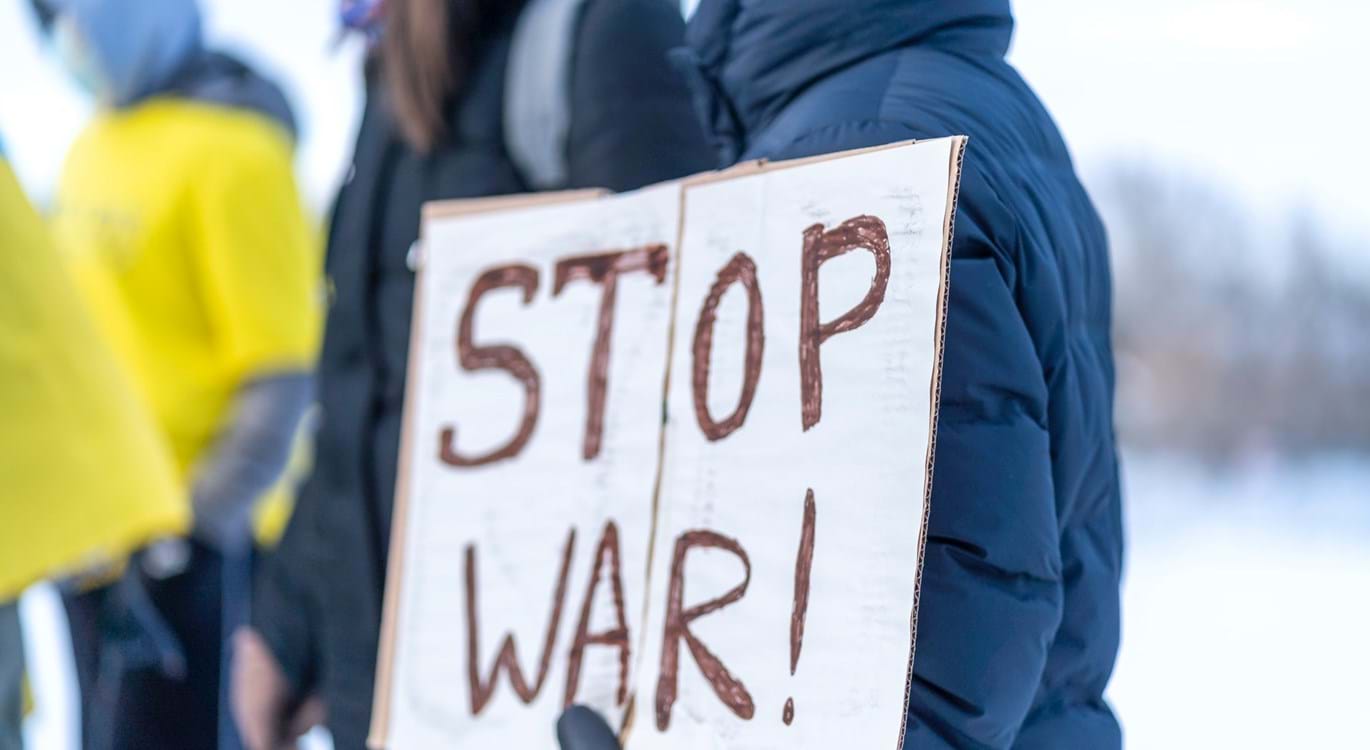 As I write, just five days later, already hundreds of people have died, many of them innocent civilians, with thousands more displaced from their homes. Many fear that this is just the beginning of yet another prolonged, bloody conflict.

The outcry has been enormous, with near universal condemnation issued, economic sanctions imposed and Russian sports teams banned from international competitions.

Sadly, history tells us that this is no isolated incident. In the human story, the devastation of war is never far away. In the last century alone, an estimated 108 million people died in war – more than in the previous 19 centuries combined.

On First Avenue, New York, the “Isaiah Wall” stands opposite the headquarters of the United Nations, bearing the words of Isaiah 2:4:

“they shall beat their swords into plowshares, and their spears into pruninghooks; nation shall not lift up sword against nation, neither shall they learn war any more”.

These words stand as a testament to hope in a brighter future, but the reality is that true peace continues to elude us. Why?

The truth is that the seeds of warmongering and malcontent lie within all our hearts. The prophet Jeremiah declared: “the heart is deceitful above all things, and desperately wicked” (Jeremiah 17:9).

Reality bears this out. If we are honest with ourselves, we all are capable of thinking and doing things we would never admit to others. Timothy Keller recounts the story of Yehiel De-Nur, one of the witnesses at the trial of Nazi war criminal, Adolf Eichmann. Upon seeing Eichmann, “he . . . immediately broke down, falling to the ground and sobbing”. When asked what triggered his reaction, De-Nur gave a surprising answer: “I was afraid about myself . . . I saw that I am capable to do this . . . exactly like he” (Timothy Keller, Encounters with Jesus, Hodder, 69).

Both men recognised that the same evil resides in all our hearts.

The true cause of war

Two factors drive us to war again and again:

We want peace, but do not want to remove the selfish, sinful desires of our own hearts that make it impossible. We want power, but only to bend people to our will, seeking to enrich ourselves, not others.

Perhaps the most significant feature of the Isaiah Wall is not what it says, but what it does not say. The full quotation from Isaiah 2:4 is: “And He shall judge among the nations, and shall rebuke many people: and they shall beat their swords into plowshares, and their spears into pruninghooks: nation shall not lift up sword against nation, neither shall they learn war any more” (KJV).

There is a glaring omission from the text – the reference to the Messiah. The nations desire peace, but refuse the Peacemaker. They want to be delivered from war, but they don’t want the Deliverer.

Until the day He returns to reign in righteousness, and the nations recognise Him as the One with the right to do that, the world will never know lasting peace.

So peace is possible now – perhaps not on a global level, but on a personal level – through Jesus Christ who, on the cross, “suffered . . . for sins, the just for the unjust, that He might bring us to God” (1 Peter 3:18), and rose again the third day. The apostle Paul wrote that “having been justified by faith, we have peace with God through our Lord Jesus Christ” (Romans 5:1). This goes beyond mere personal contentment, this removes the sins that cause His wrath towards us. We are no longer enemies, but children of God.

NextBeauty and Brokenness in Ukraine