PreviousWhy the Next Prime Minister Will Fail to Keep Their Word

NextChoose For Yourselves This Day

In response to my query as to whether Windsor was busy on the evening of the death of HRH Queen Elizabeth II, my son messaged back, “It is quiet busy”. Not a typo, as I wondered, but descriptive of the strange hush that comes over a crowd at a significant and solemn moment. 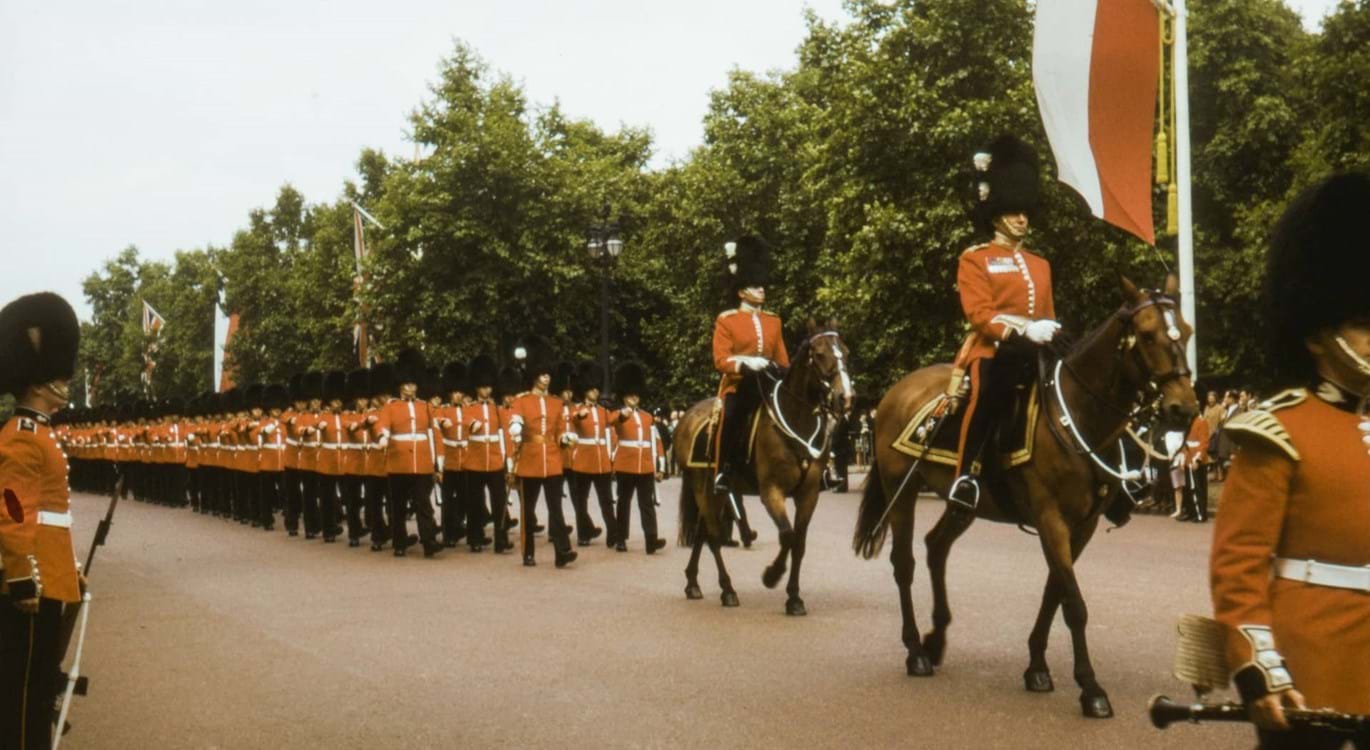 I thought I understood the feeling; after all, Her Majesty had reigned the lifetime of both my parents’ generation and mine, so it was understandable to feel a sense of loss. Feelings are fickle, however, and I was left questioning why I felt so much better after King Charles III’s speech twenty-four hours later. Was my initial response rather one of fear that all that I had known was passing, an uncertainty regarding what the future held, rather than sorrow alone at the loss of an individual? Was this relief due to the strength of monarchy that, as has been proclaimed through history, “the king is dead, long live the king”, the passing of sovereignty is seamless and immediate? No need for a protracted election campaign, the heir is ready, there is always a sovereign on the throne.

The word monarchy literally means “the rule of one”. In this sense, monarchy is a visual representation of God in the world; that authority is invested in one, to whom all “acknowledge all faith and obedience with humble affection” (Proclamation statement). But I wondered whether the link was supposed to go beyond the one individual. In having the one family, there is a continual link to the past and a certainty about the future; while the individual may change, within the change there is a constancy which brings comfort.

Musing on this brought a fresh sense of thankfulness for “the eternal God” (Deuteronomy 33:27). As humans we need something to be rooted in or else we feel unsettled, restless. Is this why our historic houses and stately homes remain so popular, giving a connection with our past, in both the houses and surrounding lands? Is this why some of the most moving songs are around the theme of home; remembering it, longing for it? Is this why the current spirit of the age seems to be towards cutting us off from our past?[i]

The seamless continuity of Queen to King helped settle me. How much more, then, meditating upon such timeless truths as the majestic words of Psalm 90 verse 2 (ESV): “Before the mountains were brought forth, or ever you had formed the earth and the world, from everlasting to everlasting you are God.” To the time-bound mind, the eternal nature of God is both mind-blowing and heart-satisfying. The Queen was so valuable diplomatically because she had seen so much and known so many; she was so valuable for stability because she remained while many others had gone. As one writer put it, “for a conservative nation in the throes of near-ceaseless change, the continuity she represented in person and in office had a value beyond measure.”[ii]

How much vaster, then, our God who can say, “I am God, and there is none like me, declaring the end from the beginning and from ancient times things not yet done, saying, ‘My counsel shall stand, and I will accomplish all my purpose’” (Isaiah 46:10-11 ESV). It is with joyful assurance that the believer knows that they are part of an unbroken and unbreakable chain of eternal security. Having been chosen in eternity (Ephesians 1:4) we are called “to his eternal glory” (1 Peter 5:10 ESV) and, meanwhile, “The eternal God is [our] dwelling place, and underneath are the everlasting arms” (Deuteronomy 33:27 ESV). Here is the monarch of eternity in which past, present, and future dwell. He is the ultimate refuge; He is the home the human heart longs for.

But the problem of earthly monarchy is that, while the family is the same, the character of the individual will be unique. Time and again history has proved that a good monarch does not guarantee that their children will likewise be good. It is a remarkable testament to the Queen that even many who would prefer the UK to be a republic are prepared to acknowledge that “there is much to admire in her long and stoical reign.”[iii] Peter Franklin, writing about her Christian leadership said, “There was no unctuousness about her declarations of faith, no hypocrisy. She seemed to project what she professed. And that was especially true towards the end. As people get older, who they are tends to become clearer . . . whatever role Elizabeth was made to play in her younger days, the evident goodness of the woman we came to know was no act.”[iv] The Queen proved herself consistent in character, but what next? Will we be able to have the same confidence in the King when the next crisis comes along?

Again, I was caused to rejoice in our Lord, for He not only continues but is also consistent in character. Faith requires a solid foundation upon which to stand and, when placing faith in people, character is that foundation.

In the Old Testament, the High Priest of the nation of Israel was “appointed to act on behalf of men in relation to God” and should have been able to “deal gently with the ignorant and wayward, since he himself is beset with weakness” (Hebrews 5:1-2 ESV). The problem was “The former priests were many in number, because they were prevented by death from continuing in office” (Hebrews 7:23 ESV); there was a problem with continuity. However, for the Christian now, we have One who “holds his priesthood permanently, because he continues for ever” (v.24). This would not be good news, though, unless this High Priest is of exemplary character. Praise God He is: “it was indeed fitting that we should have such a high priest, holy, innocent, unstained, separated from sinners, and exalted above the heavens” (v.26). Time and circumstance can change a person for better or worse, but “Jesus Christ is the same yesterday and today and forever” (Hebrews 13:8 ESV).

I can imagine, in the days when subjects would appear before their sovereign, that there was some trepidation as to the mood the monarch would be in that day; would favour be shown to the request? How good it is to know that the One upon the throne is ever consistent in character so that we may “with confidence draw near to the throne of grace, that we may receive mercy and find grace to help in time of need” (Hebrews 4:16 ESV). Was it because of this that the Queen was able to be so consistent over seventy years? Tim Farron MP suggested such: “She was a constant to us all, but, as has been said already, the constant in her life was her faith in Jesus Christ. Let us remember this: for many people it may be a perfunctory ceremonial faith, but for her it was not; it was a living, active faith in a living saviour”[v]. It is a reminder to us all that consistency in life comes from knowing the God who does not change (Malachi 3:6).

The British monarchy has continued unbroken for the best part of 1,000 years. Many characters have ruled or reigned. It is awesome to think that in a coming day, one person will reign for 1,000 years in wonderful consistency of character (Revelation 20:1-6; Isaiah 32:1-8). We have been privileged to witness some of the reign of a remarkable monarch in Queen Elizabeth II; how much greater the privilege to be part of that great throng who have bowed the knee at the name of Jesus now, and will “reign with him for a thousand years” then (Revelation 20:6 ESV).

“To the King of the ages, immortal, invisible, the only God, be honour and glory forever and ever. Amen” (1 Timothy 1:17 ESV).

[i] See a thought provoking article on one writers concern that this will become even faster after the Queen’s death, Queen Elizabeth and the End of History - spiked (spiked-online.com)

PreviousWhy the Next Prime Minister Will Fail to Keep Their Word

NextChoose For Yourselves This Day