Desmond Tutu, the Anglican priest, human rights activist, Nobel prize winner and moral voice to the world, has died at the age of 90. Tributes have come flooding in, and our screens are being  filled with images of the archbishop giving stirring speeches at rallies calling governments of every kind to account for injustices at home and abroad. 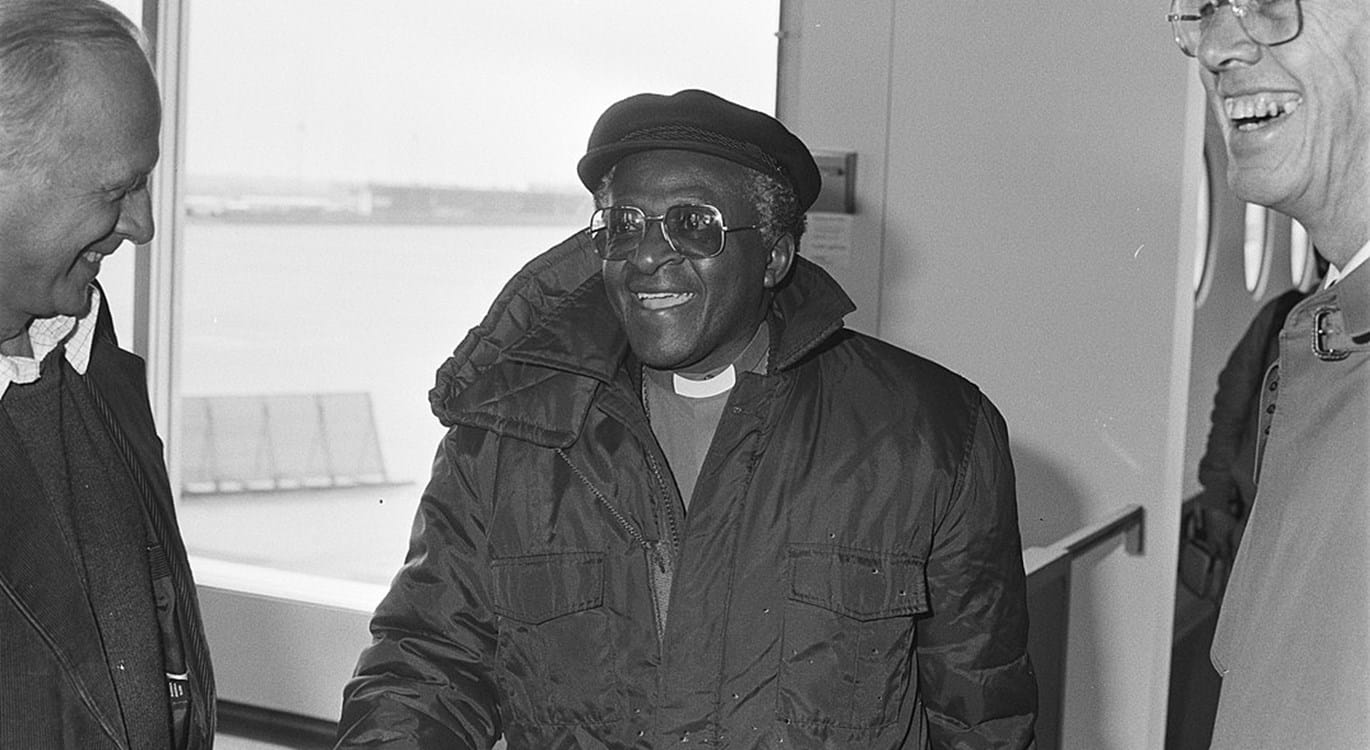 He seemed to speak to global issues with an authority that came through his own lived experience of the injustice of apartheid, the struggle for freedom and then the long years of rebuilding. In those darkest years of the human rights abuses in South Africa it was the sentiment that he later expressed in this quote, “Hope is being able to see that there is light despite all of the darkness”, that gave him and others the strength to carry on.

Desmond Tutu wanted peace in his land but he knew that peace comes at a cost and through a series of logical steps.

Just as there is a need in this sinful world for peace with one another, there is a greater need for us to be at peace with God. The Bible tells us, in Romans chapter 8 verse 7, that the carnal mind is enmity against God; for it is not subject to the law of God”. James writes in his letter that “friendship with the world is enmity with God” (James 4:4) Our sin has resulted in the breakdown of our relationship with our Creator and our rebellion has made us enemies of God.

Just as with the situation in South Africa, there can be no peace with God unless there is reconciliation. The Bible calls us to “be reconciled to God” (2 Corinthians 5:20), but what is unique about biblical reconciliation is that, while we are the 'party' which has committed the offence, it is the offended party (God) who instigates the peace process. He did so in the death and resurrection of His Son, Jesus Christ. Paul writes that "in Christ God was reconciling the world to himself, not counting their trespasses against them" (2 Corinthians 5:19 ESV).

The writer of the book of Hebrews says about Jesus Christ that in all things He had to be made “like his brethren, that He might be a merciful and faithful high priest in things pertaining to God, to make reconciliation for the sins of the people” (Hebrews 2:17 KJV).

But Archbishop Tutu also points out that there can be no reconciliation unless there is forgiveness. Tutu said that “without forgiveness there is no future” and that “forgiveness says you are given another chance to make a new beginning”. Forgiveness is the putting away of sin and the absolution of guilt. The charges are all dropped and the conscience is cleared.

When Paul preached two thousand years ago he said, "Therefore let it be known to you, brethren, that through this Man [Jesus Christ] is preached to you the forgiveness of sins” (Acts 13:38). No matter what plagues your mind and pricks your conscience, it can all be forgiven by God on the basis of the substitutionary death of the Lord Jesus Christ on Calvary and His subsequent resurrection.

But, although forgiveness is free, there is one condition and it too was rightly identified by the Archbishop: there can be no forgiveness unless people repent and turn from their wrong behaviour. In the book of Acts people are called to repent and “turn . . . from darkness to light, and from the power of Satan to God, that they may receive forgiveness of sins” (Acts 26:18).

Just as the apartheid oppressors had to confess their crimes and turn from them, we must also confess and turn from our sin in order to receive forgiveness, enjoy reconciliation and live in peace with God.

The hope for South Africa was that reconciliation would lead to the future prosperity of their nation. Acts chapter 3 verse 19 promises blessing to you if you “repent . . . and be converted, that your sins may be blotted out, so that times of refreshing may come from the presence of the Lord”. Let God start a truth and reconciliation process in your life today.