2 of 3Series: The Five Solas

Why do Christians emphasise that justification must be by faith alone? 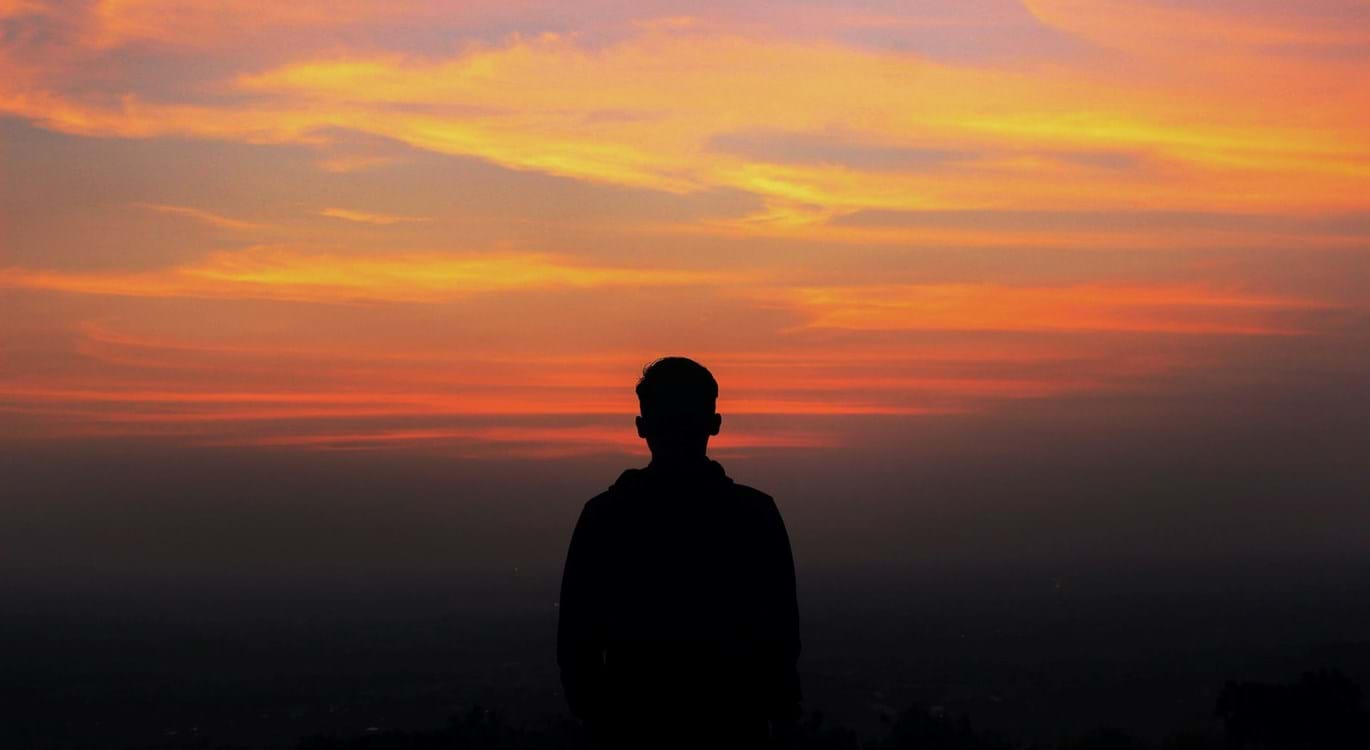 The famous German monk, and so-called father of the Protestant Reformation, Martin Luther, claimed that justification by faith alone is the article upon which the Church stands or falls[1]. In his view, a person being declared righteous – justified – by a holy God on the basis of faith in Jesus Christ, apart from good works, was so important to the Christian faith that, if it was lost, Christianity itself was lost.

But, why did Luther, and many others since, place such a strong emphasis on the teaching of justification by faith alone? Put simply, a biblical understanding of this crucial element in the Christian gospel answers one of the most important questions a person can ask: “what must I do to be saved?” (Acts 16:30).

The Christians of Galatia were in the middle of a theological crisis. On the one hand, they had heard the gospel from the Apostle Paul – how a person can have their sins forgiven and be at peace with a holy God, by His grace, through faith in (that is to say, belief and trust in, not mere intellectual assent to the existence of) Jesus Christ. On the other hand, however, they were buckling under pressure from a group of legalistic Jews, called Judaizers, who taught that one had to effectively become a Jewish proselyte (that is to say, adopt the Jewish religion) before they could ever become a true Christian. In order to be truly right with God, the Judaizers insisted, they had to conform to the Law of Moses and all the trimmings of Judaism. Fundamentally, the Judaizers were teaching that something had to be added to faith in Christ. Some human effort. Some good work. Circumcision, in particular, was deemed necessary for salvation (Galatians 2:3,4).

The Apostle Paul condemned such error in the strongest possible terms: “But even if we, or an angel from heaven, should preach to you a gospel contrary to what we have preached to you, he is to be accursed!” (Galatians 1:8 NASB). The Scriptures are clear: it is through faith, and faith alone, that one is declared righteous by God (Romans 3:28; 4:3; Ephesians 2:8,9).

While one may be tempted to think that the Judaizers’ doctrine of adding works to faith has since been consigned to the dark recesses of Church history, sadly that is not the case. The 16th century Protestant Reformation hit with such force that the dominant religious power in Europe at that time, the Roman Catholic Church, was compelled to respond. At the Council of Trent, held between the years 1545 and 1563, the ninth canon of the sixth session stated:

“If one saith that by faith alone the impious is justified, in such wise as to mean that nothing else is required to co-operate in order to obtain the grace of Justification, and that it is not in any way necessary that he be prepared and disposed by the movement of his own will, let him be anathema”[2]

For the Roman Catholic Church, being declared righteous by God on the basis of faith alone in the atoning work of Christ was simply not enough. Rome taught that the grace of God comes not through faith alone, but also through participation in the sacraments: baptism; communion; confirmation; reconciliation; anointing of the sick; marriage; and holy orders[3]. This lies at the heart of the matter, and highlights a key distinction between the Protestant and Catholic confessions. While the Papacy claims that participation in such works are meritorious toward salvation, Protestant theology contends that righteous deeds are the evidence of one who has already been justified by God, “created in Christ Jesus for good works” (Ephesians 2:10).

This is one of the subjects that James, a leader in the early Church, covered in his letter: true faith always bears fruit – fruit that vindicates a person’s claim to salvation. When James writes, “You see that a man is justified by works and not by faith alone” (James 2:24 NASB), at face value, this may appear to be in contradiction with the Scriptures already quoted, but the context shows that this verse is dealing with the evidences of such faith. James is concerned with how others know that the professing Christian is truly a believer in Christ, not how someone is justified before God Himself. True faith in Christ always bears fruit as evidence of its presence.

Interestingly, we see works-based “salvation” in other major religions. For the Muslim, access to paradise hinges on one’s adherence to the five pillars of Islam. Even then, however, there is no guarantee of acceptance by Allah (Surah 46:9; Hadith 5.266).

The Buddhist seeks to end the cycle of Samsara – reincarnation – by applying the Four Noble Truths and following the Noble Eightfold Path. If successful, the believer will enter into a state of Nirvana, where there is neither suffering, nor desire, nor sense of self – the Buddhist alternative to heaven.

Although an exceptionally diverse religion, a follower of Hinduism seeks to become one with Brahman – for all intents and purposes, the main “god” within the Hindu religion. The believer has to be re-born multiple times, each incarnation providing the opportunity to “pay for” the negative karmas (sins), of the previous one. “Salvation” (becoming lost in “ultimate reality”), to the Hindu mind, is almost unattainable, even though one works very hard to achieve it.

If we take a step back from the formal religious context altogether, and ask the question “how do you get to heaven?” of a random person on the street here in the UK, it’s likely that, assuming they believe in such a place, they will refer to “doing good works”, or to the deeds of one’s life being held in the “cosmic scales” awaiting assessment.

In all the aforementioned examples, man has a part to play; man has something he must “do”. If some work, or deed, is necessary for salvation, faith alone is insufficient. As the 16th century Reformer, John Calvin, commented, “either nothing or all must be ascribed to faith or to works”.[5]

What makes biblical Christianity different and, indeed, unique, not only when compared with other religions, but also with the various cults and some so-called Christian denominations, is the claim that one can be “justified”, and “have peace with God”, “by faith” alone (Romans 5:1). This is not merely the claim of an enlightened German monk, it is the claim of the Word of God itself. Biblical Christianity does not centre around what we must do to achieve salvation; rather, it centres on what God has already accomplished through Christ’s death on the cross and subsequent resurrection from the grave.

The Scriptures say that “all our righteous deeds are like a filthy garment” (Isaiah 64:6 NASB). No matter the effort you seek to put in; no matter the wealth that you have donated to charity; no matter the number of times you have attended a church service and taken communion; these things add nothing to your standing before a holy God. Maybe you have even been baptised. Perhaps you are a faithful husband, or loving mother, or simply seek to live a moral life, doing no harm to others and keeping yourself “out of the way”. These things, while good and to be encouraged, are of no avail when the One making the assessment is none other than Almighty God. It is not only the case that a person can be declared righteous before God by faith alone, but a person must be declared righteous by faith alone, “since by the works of the Law no flesh will be justified”. (Galatians 2:16 NASB).

However, one may still legitimately ask the question: isn’t faith a work? After all, I’m still “doing” something, aren’t I?

The salvation from sin and judgement that the Bible speaks of is a gift of God’s grace, as Paul reminded the Christians in Ephesus: “by grace you have been saved through faith; and that not of yourselves, it is the gift of God, not as a result of works, that no one should boast” (Ephesians 2:8,9 NASB). If faith were to be considered a “work”, grace would be destroyed since the believer would have “earned” their way into heaven (see Romans 4:4,5; 11:6). Perhaps an analogy might help. Suppose someone anonymously sent you a cheque with your name on it for one million pounds. The money is yours if you want it, but the cheque still has to be received. In no way can your receipt, or acceptance, be considered a “work”. You can never claim to have become a millionaire through business acumen, or effort. It was simply a gift, and receiving it was the only way to gain its benefit. Similarly, it is through faith, and faith alone, that one receives the gift of God’s grace; that one is declared to be righteous by God Himself. Concerning this point, the well-known 19th century English pastor, C.H. Spurgeon said:

“Faith is the tongue that begs pardon, the hand which receives it, and the eye which sees it; but it is not the price which buys it.”[6]

In the final analysis, to reject the doctrine of justification by faith alone is to embrace a false gospel that cannot save. It is to embrace a “man-centred” religion where God’s work through Christ’s sacrifice on the cross is insufficient. May the simplicity of this Scripture ring clear: 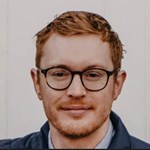 2 of 3Series: The Five Solas