1 of 2Series: What is the Incarnation of Jesus?

NextThe Incarnation: Is it Myth and Does it Matter?

The Incarnation: What it Means

The man was 96 years young, fit in body, clear in mind, and eager to tell me all the things he had worked at over the course of his life. When he finished he asked me what I did. I told him I was a gospel preacher. He nodded his head and said, “So you spend your life telling stories?” 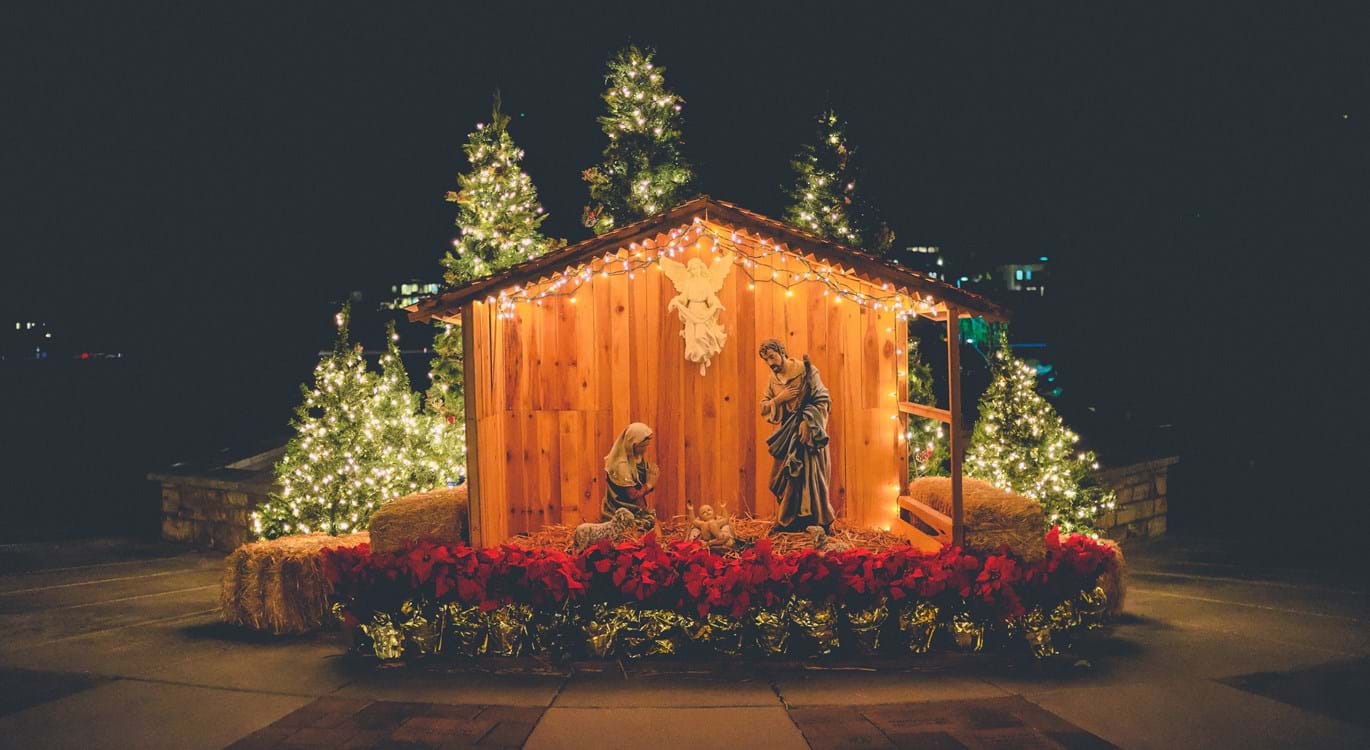 My response was that I didn’t really tell stories, but a story – the biggest and best story anyone could ever hear. It’s been called the greatest story ever told, and it tells us that God Himself entered into history and into humanity to rescue and redeem us. This act of God becoming man is called the incarnation.

We will explore three issues relating to this subject.

In understanding what incarnation means it is helpful to emphasise what it doesn’t mean.

The incarnation is not God becoming less than God

The Bible does not teach that God divested Himself of His divine attributes and became a mere man. Scripture teaches that such a thing is impossible – God’s nature cannot change (e.g. Malachi 3:6). The Gospel accounts show that the Lord Jesus still possessed all the attributes of God even while on earth. In fact, in one chapter we see that He had the three great “omni” attributes that belong to God alone – omnipresence (present at all places), omnipotence (possessing all power) and omniscience (all-knowing).

We read about three people who are blessed by the Lord Jesus. The first is the servant of a Roman centurion (vv. 1-10). Jesus was able to exert His healing power even though He was not physically with the man, showing that distance was no barrier to Him – He is the omnipresent Christ.

The second person blessed is the widow of Nain’s son (vv. 11-17). This young man was dead and being carried to the grave. The Lord stopped the funeral procession and raised the man to life again. It is true that others in the Bible raised people from the dead, but those people recognised they couldn’t do it themselves – they prayed to God to intervene. They were only the channels of God’s power but the Lord Jesus was the source – He didn’t kneel down and pray for a resurrection. He said, “Young man, I say to you, arise” (v. 14). He was demonstrating that He was the omnipotent Christ.

Later in the chapter we find a woman coming to the feet of Christ in repentance (vv. 36-50). Simon, the man with whom Jesus was dining was disgusted that Jesus would allow this woman anywhere near Him. Simon thought to himself that obviously Jesus didn’t know what kind of a woman this was. The Lord showed Simon that not only did He know about this woman’s life, but He knew the thoughts of Simon’s heart. He made it clear that He was the omniscient Christ.

The incarnation is not God becoming less than man

Although He was not merely a man, He was really a man. He was not a phantom, nor was He playing the part or giving the impression that He was human. Everything that is essential to true humanity belonged to Him. (1) He experienced real weariness, hunger, thirst, physical pain, and death itself.

God didn’t become less than God, neither did He become less than man. So what did happen at the incarnation? God (in the person of the Son), took human nature in addition to His divine nature. The incarnation was not a subtraction but an addition. He is both God and man, human and divine. As the Bible puts it, “In Him dwells all the fullness of the Godhead bodily” (Colossians 2:9).

You say, “I don’t understand that.” Well, good. No one does. Listen to what Christ Himself said:

All things have been delivered to Me by My Father, and no one knows the Son except the Father. Nor does anyone know the Father except the Son, and the one to whom the Son wills to reveal Him. (Matthew 11:27)

He doesn’t say, “no one knows the Son except the Father, and the one to whom the Father wills to reveal Him”. He says that people can know the Father but no one can know the Son. Why is this? The union of humanity and deity in one person means that there are mysteries about His person that none but God can understand.

(1) Sinfulness is not essential to human nature – it is an invader into humanity. Christ did not take a sinful human nature.

1 of 2Series: What is the Incarnation of Jesus?

NextThe Incarnation: Is it Myth and Does it Matter?