In the Latin language, “crux” simply means “cross”, but in English, the “crux” is “the decisive or most important point at issue”. 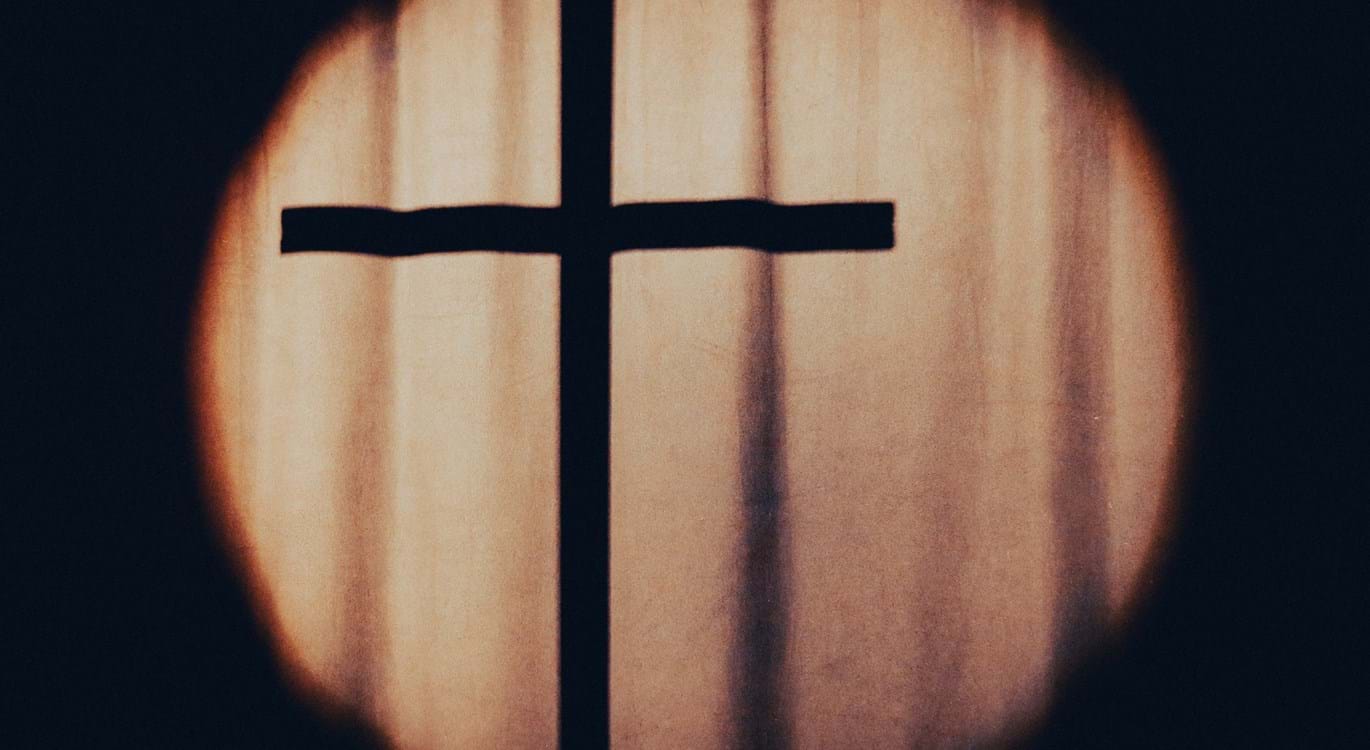 For Christians, most definitely, the cross is the crux. It stands at the centre of human history and at the heart of the Gospel message, as we shall see. And yet the cross itself would seem to be a strange symbol. After all, for a belief system that speaks about “loving your enemies”, why would many Christians hang crosses around their necks or have them on Church buildings? Is a cross not an implement of torture? Is it not a symbol of brutal oppression? Would that not be equivalent to hanging an electric chair around your neck or a hangman’s noose outside your church building?

And that’s not even the whole story. If you were around in the first century AD and were part of polite Roman society, you probably wouldn’t hear about crucifixion much at all – it was practically a swear word. It was seen as completely shameful. If you had attained the favoured status of being a Roman citizen, you could rest easy, because crucifixion as a penalty for crime was reserved for people who weren’t citizens – the outcasts, the foreigners and the slaves.

Yet when the Apostle Paul writes about the cross, he says: “God forbid that I should boast except in the cross of our Lord Jesus Christ . . .” (Galatians 6:14) – so we know that even from the earliest years after Christ’s death, Christians gloried in the cross.

This should raise some questions in our minds.

Two things help us to understand this better. Firstly, the Person who died, and secondly, the Reason He died.

The Person Who died on the Cross

Christians didn’t simply glory in any cross, they gloried in the “cross of our Lord Jesus Christ”. The cross, which most certainly did symbolise oppression, death and judgement for mankind, was curiously neutralised because the Person who died was no ordinary man.

This was the Son of God – one who is equal with God the Father. He is spoken of by the apostle John as “the Word”, the great Revealer of God and the Creator of the whole universe. Yet He became human. John writes: “the Word became flesh and dwelt among us” (John 1:14). He entered our small world.

It was God’s Son who died on the cross and this changes everything. The Old Testament had been filled with the hope of a coming Messiah. He would even be called “the Mighty God” (Isaiah 9:6), but the thought of someone so very high stooping so low draws from us the question, why?  Why did He die? What is the reason for Christ’s death on the cross?

The Reason that He died

Paul reminds the Corinthian Christians, “Christ died for our sins according to the Scriptures”.  Peter enlarges on that statement: “Christ also suffered once for sins, the just for the unjust, that He might bring us to God”. The writer to the Hebrews adds more: “This man (Jesus), after He had offered one sacrifice for sins forever, sat down at the right hand of God”.[2]

Clearly, on the cross, the Lord Jesus Christ died for our sins and on that basis can bring us back to God. This is possible because on the cross He took the judgement due to sin upon Himself. And He, the guiltless, died for the guilty.

The cross, therefore, tells us a lot about God. This instrument of death, this symbol of human hatred, becomes a message of love from a God who was willing to give His Son so that we might be with Him forever.

“For God so loved the world that He gave His only begotten Son, that whoever believes in Him should not perish but have everlasting life.” (John 3:16)

The cross also reveals the magnitude of the love of Christ, for He was willing to give Himself there for His enemies.

Finally, the cross shows us the problem with the human condition. People (just like us) took the perfect Son of God and nailed Him to a cross. When God showed them love, they replied with hatred. They gave to Christ a cross!

This is the “decisive moment” of human history because there is no other answer to the problem of our sins. Our guilt brings us under God’s wrath. We must be free from this guilt, and yet God must be righteous, so all our wrongs must be paid for in full. The only Person who could make that payment was the Lord Jesus Christ, and He duly did so on the cross. Now, because Christ died and rose again, we can have hope. History will never be the same again for hope has been born in the empty tomb of the Saviour. There is now a way back to God for men and women who recognise their sinfulness and seek forgiveness from the Lord.

An old children’s song sums this up simply:

“There’s a way back to God
From the dark paths of sin;
There’s a door that is open
And you may go in:
At Calvary’s cross
Is where you begin,
When you come as a sinner
To Jesus.” – Anon

The cross is also the “most important issue” of the Gospel, because without Christ’s death we would all necessarily perish under God’s judgement for our own sins. There would be no way of escape because God is holy, and His judgement is just. If there was no cross, there would be no good news to tell you.

Thankfully, this is not the case. The wonderful thing is that, because of the cross, God can remain just and yet justify (clear from their guilt) anyone who has faith in Jesus (Romans 3:26). There would be no Gospel at all without the cross of our Lord Jesus Christ.

The cross is the crux. 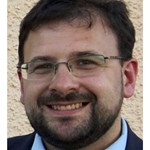 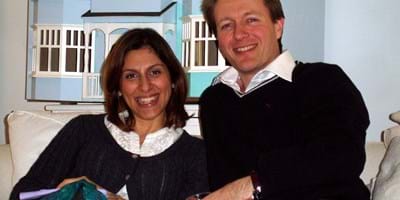 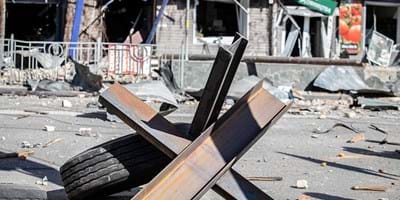 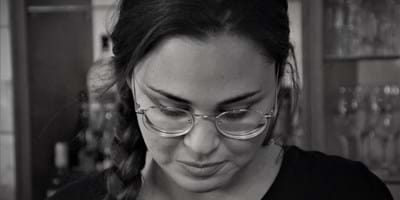 Jehovah Jireh – A Name That Gives Hope To The Needy

In our fast-paced, technology-driven age, this name of God might seem irrelevant. But the name contains a great promise. 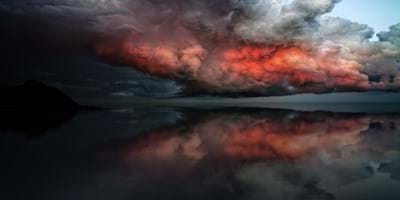 God's Wrath and the Cross

The greatest evidence that God desires to save rather than judge people is seen when His Son died on the Cross.

The Bible says that God's wrath is reluctant. "God our Saviour... desires all men to be saved and to come to the knowledge of the truth" (1 Timothy 2:3,4).

God's Wrath is Real, not Mythological

God's Wrath is Eternal, not Temporary

One of the most terrifying truths that must be faced when speaking about God's wrath is its unending nature.

God's Wrath is Discriminating, not Indiscriminate

It doesn't take long to see that we have all broken God's commandments by exhibiting both ungodliness and unrighteousness.

God's Wrath is Just, not Unjust

God's wrath is not some uncontrolled divine rage, but rather God’s settled disposition of hostility against sin 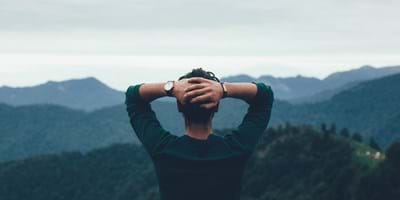 Many people feel that the message of Christianity should be relegated to the fiction shelf of life, that it is really just like the 'fairies at the bottom of the garden'.