What do you think about when you hear the word ‘holy’ or ‘holiness’? The answer to that question will depend on your background, experience and knowledge; nevertheless, for most people those words invoke thoughts of someone or something set apart for religious purposes. Since ‘Holy Bible’ or ‘his Holiness’ are phrases still used today, it is essential to gain an understanding of the term ‘holy’ if you want to know God. 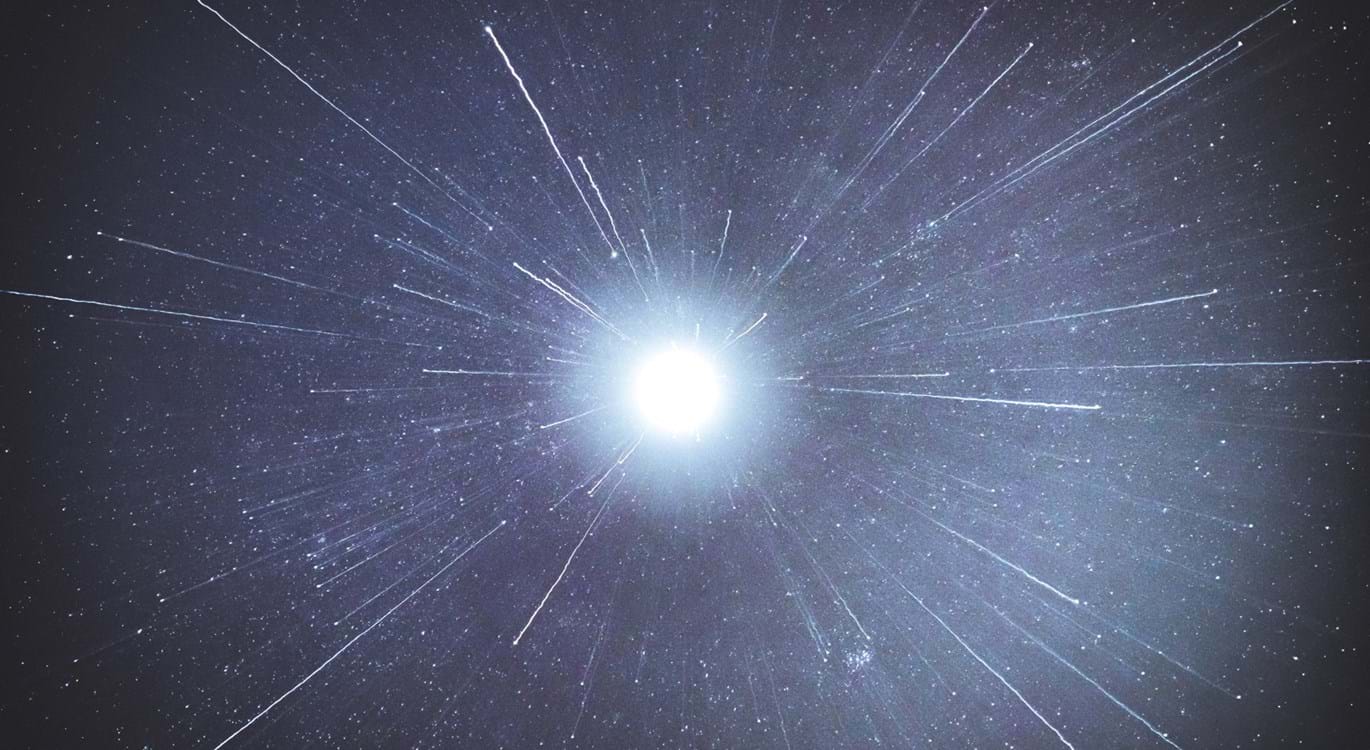 Although the Bible contains many descriptions of God, it is a fact that ‘The Bible itself . . . calls God holy more than anything else. Holy is the epithet most often affixed to his name’.1

In Hebrew literature, repetition is used to emphasise an important point. Jesus often used this technique to highlight a vital truth. For example, He said, ‘Truly, truly, I say to you, whoever believes has eternal life’ (John 6:47). To mention something three times elevates it to supreme importance.

Only once in scripture is a characteristic of God mentioned three times, and that is His attribute of holiness.

In Isaiah angelic beings thrice repeat this characteristic: ‘Holy, holy, holy, is the LORD of hosts: the whole earth is full of his glory’ (Isaiah 6:3b). No wonder Thomas Watson wrote that “Holiness is the most sparkling jewel of God’s crown, it is the name by which He is known.”2 God is most holy. Nothing but that which is excellent can proceed from Him.

God is incomparable to anything or anyone

The first song in the Bible describes how, because of His holiness, God  is incomparable. Taken out of the cruel slavery of Egypt and heading to the promised land, the people of Israel who had seen God’s power and experienced His love sang these words:

Holiness means that God stands alone. His name is separate and distinct. This truth can be seen in the statement that ‘There is none holy like the LORD: for there is none besides you; there is no rock like our God’ (1 Samuel 2:2). Holiness sets God apart from His creation, distinguishing Him from everything and everyone. God is unique. All we are or have is a gift from Him, but He needs nothing outside of Himself. He is both self-existent and self-sufficient.

When the long-serving King Uzziah died, Isaiah was given a vision of the Lord that left him shaken. Seeing God sitting upon a throne, he was reminded that God is sovereign over the raising and replacing of kings. God is ‘high and lifted up’ (Isaiah 6:1), entirely separate from His creation. Sinless seraphim (an order of angels) could not look upon Him, but only cry out in antiphonal worship, confessing God is thrice holy. Although sinless, they were utterly separate from God. They were created, but He is the Creator. God is distinct in that He does not need or require anything outside of Himself. He lacks nothing.

In a world where a king’s magnificence was marked by the length of his robe, Isaiah informs the reader that ‘the train of [Jehovah’s] robe filled the temple’ (Isaiah 6:1).

Overcome by this vision, Isaiah had to confess, ‘Woe is me’, a passionate cry of grief as he acknowledged that in God’s sight he was ‘a man of unclean lips’ (Isaiah 6:5).

Isaiah’s reaction has been repeated whenever men have been confronted with the holiness of God. Simon Peter fell at Jesus’ feet, exclaiming ‘Depart from me, for I am a sinful man, O Lord’ (Luke 5:8, ESV). Likewise, when on the Isle of Patmos he encountered the ascended and glorified Lord Jesus Christ, John ‘fell at his feet as though dead’ (Revelation 1:17, ESV).

For Isaiah’s sin God Himself provided a solution.

‘Then one of the seraphim flew to me, having in his hand a burning coal that he had taken with tongs from the altar. And he touched my mouth and said: "Behold, this has touched your lips; your guilt is taken away, and your sin atoned for"’ (Isaiah 6:6-7).

God’s messenger proclaimed the good news of forgiveness. The basis of forgiveness was an accepted sacrifice, pictured  by the altar from which the burning coal was taken. This Old Testament altar constantly foreshadowed the work of the Cross. Forgiveness of sins and reconciliation to a holy God are available through Christ’s work upon the cross.

God is incompatible with sin

Holiness means that God, being without sin, has absolute moral perfection. His holiness is primarily about separation (He is apart from sin) and transcendence (He is above all).

Holiness means all sin will be judged

The thought that God judges sin may make us feel uncomfortable and possibly angry. But the Bible asserts God’s right to judge all sin. Let’s consider a few Old Testament narratives that illustrate His holiness:

In Leviticus we read of God’s judgment on two priests who transgressed His laws.

‘Now Nadab and Abihu, the sons of Aaron, each took his censer and put fire in it and laid incense on it and offered unauthorized fire before the LORD, which he had not commanded them. And fire came out from before the LORD and consumed them, and they died before the LORD’ (Leviticus 10:1-2).

The subsequent communication between Moses and Aaron instructs us about God’s holiness.

‘Then Moses said to Aaron, "This is what the LORD has said: 'Among those who are near me I will be sanctified, and before all the people I will be glorified.'" And Aaron held his peace’ (Leviticus 10:3).

The word translated ‘sanctified’ is qâdash,which means ‘to be holy; to sanctify.’ Moses reminded Aaron that the priests had been set apart for a sacred task and must discharge their responsibilities in accordance with God’s specifications. To offer unauthorized fire on the altar was a direct contravention of God’s commands: ‘You shall not offer unauthorized incense on it . . . It is most holy to the LORD’ (Exodus 30:9-10). Aaron knew God’s holiness required justice, and therefore kept quiet. There was nothing else to say.

Perhaps we think a concern for God’s holiness is limited to the Old Testament and that the coming of Jesus Christ changed God’s perspective. Although Christ’s life, death and resurrection did change things for mankind, God remains unchanged in holiness.

In the early days of the Jerusalem church, a sharing of resources took place (Acts 4). Believers sold what they owned to help others. These probably included the many visitors who came to hear about Jesus Christ and new Christians excommunicated from the Jewish synagogue. The proceeds of the sales were laid at the apostles’ feet (Acts 4:37) so that they could organise distribution of funds. One couple, Ananias and Sapphira, sold some property (Acts 5:1) and gave the proceeds to the apostles. The problem was that they decided to keep some money back for themselves, but told everyone they had given all the proceeds. They were obligated neither to sell their property nor give all the proceeds, but in lying about their actions they sinned against God (Acts 5:4). As a result, they both died that day.

God’s holiness demands justice. Although He often acts with mercy, withholding what we deserve, and grace, granting what we do not deserve, He will never clear the guilty or condemn the innocent. Justice delayed is not justice denied.

From the start of time we see God’s patience towards those who violate and disregard His word.

Genesis tells us that the first man, Adam, was created in ‘the image of God’ (Genesis 1:26). Adam and Eve were freely given life even though God was not indebted to them or lacking in Himself. As we have seen, God’s holiness means that He is self-sufficient and self-existent. Mankind was given the privilege of bearing witness to His holiness. God gave them the earth to rule over, and directions for their conduct, so that they could enjoy Him and all He had given them. All God said to mankind was for their benefit. Among the rules was a warning about what would happen if they violated the one prohibition:

‘of the tree of the knowledge of good and evil you shall not eat, for in the day that you eat of it you shall surely die’ (Genesis 2:17).

If the man and woman, created able not to sin, chose to sin then the consequences were clear.

Genesis 3 tells the story of how Eve was deceived into distrusting God, believing that He did not want the best for her. Adam likewise transgressed God’s law. Having broken the law, they faced the penalty. However, they did not die instantly. Although banished from God’s presence, experiencing spiritual death, they continued to live physically. The full measure of God’s just penalty was delayed so that God’s grace and mercy could be displayed. Foreshadowing a greater covering for sinners, God provided clothes for Adam and Eve:

‘And the LORD God made for Adam and for his wife garments of skins and clothed them’ (Genesis 3:21).

The skins with which God clothed Adam and Eve continually reminded them of His provision. Similarly, in the fullness of time God accepted the sacrifice of Christ, on the basis of whose work He clothes believers in righteousness (Romans 3:21-26).

The gospel is a glorious message of how sinful man can be declared righteous by holy God. In the book of Romans, we are told that ‘God put (Christ) forward as a propitiation by his blood, to be received by faith. This was to show God's righteousness, because in his divine forbearance he had passed over former sins. It was to show his righteousness at the present time, so that he might be just and the justifier of the one who has faith in Jesus’ (3:25-26).

The Lord Jesus, through His sacrifice on the cross, satisfied God’s just wrath against sin. This is called propitiation, the satisfying of God’s righteous and holy wrath.

The moment anyone trusts in Christ alone for salvation God declares them to have a righteous standing and places them ‘In Christ’. This means that God places them into His Son, thus identifying them with Him. This is their new position and standing before a Holy God being treated as if they were righteous and holy, not because of what they done but because of what He has done.