In the previous post we looked at the subject of slavery, and saw that the Bible does not affirm or encourage the slave trade – it is decidedly against it. Another subject that causes people to think the Bible is an immoral book is the slaughter of the Canaanites in the time of Joshua. It is portrayed as an act of genocide – a tribal deity commanding ethnic cleansing. The image is disturbing, but it is distorted. 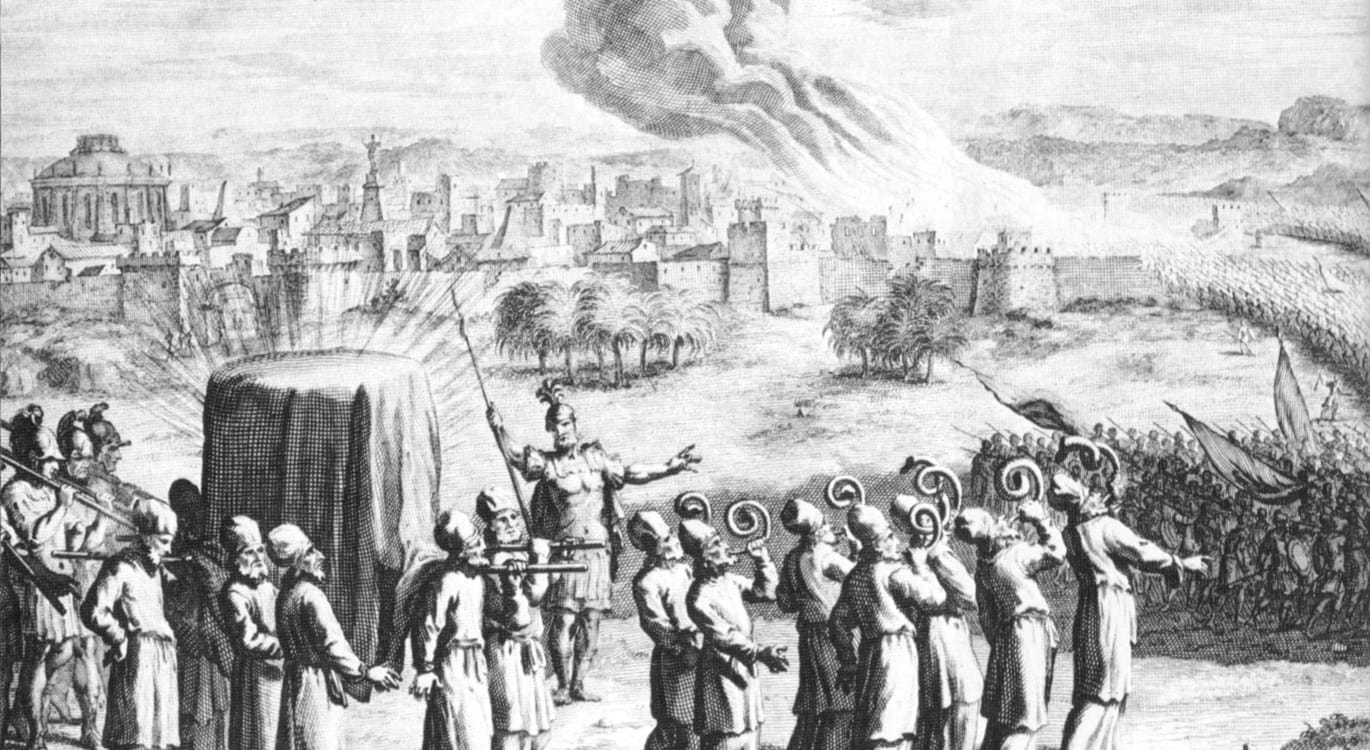 Before clarifying and explaining what happened, let’s get rid of this notion of genocide and ethnic cleansing. The issue was not the ethnicity of the people in the land of Canaan. God has always been interested in the blessing of the whole world. Indeed, His special relationship with the nation of Israel was with the intention of the blessing of all nations (Genesis 12:3). We saw in our article about slavery that God “loves the stranger” (Deuteronomy 10:18).

Let’s lay out a few factors that need to be kept in mind as we consider the destruction of the Canaanites.

The book of Genesis lays a foundation that shows that God is not swift to judge. In the time of Noah, there was no one outside of his family with any regard for God or righteousness. Later on, Abraham knew that God was a righteous judge who would not destroy the righteous with the wicked. In fact, God would have spared the evil cities of Sodom and Gomorrah if there had have been ten righteous people in it (see Genesis 18:17-33). This was established hundreds of years before the conquest of Canaan and needs to be kept in mind. Added to that, God was prepared to wait about 430 years (even though it meant the Israelites were slaves in Egypt) because the sin of the Canaanites had not yet reached its limit (Genesis 15:16). Only when the society had reached its tipping point did God move in judgment. This makes it clear that God views these large-scale judgments as a last resort.

It is clear from Scripture that the Canaanites were guilty of unspeakable wickedness. For example, Leviticus 18 refers to all sorts of sexual sins and child sacrifice, and says that the Israelites aren’t to engage in such practices, “for by all these the nations are defiled, which I am casting out before you. For the land is defiled; therefore I visit the punishment of its iniquity upon it, and the land vomits out its inhabitants” (vv. 24-25; see too Deuteronomy 18:9-14).

But lest anyone thinks that the Bible is libelling the Canaanites to justify Israel’s actions, there is evidence outside of Scripture that shows that God was certainly not exaggerating. Ancient papyri testify to the sexual perversions of the Canaanite nations, and Plutarch reports that during Canaanite sacrifices, “the whole area before the statue [of Molech] was filled with a loud noise of flutes and drums so that the cries of the wailing should not reach the ears of the people.” According to UCLA researcher, Shelby Brown, “No other ancient people…regularly chose their own children as sacrificial victims”.1

It is not the case that the Canaanites were living in peace and paradise before the Israelites came. The land flowed with milk and honey, but there were also a lot of tears and blood mixed in.

This was not a surprise attack on unsuspecting nations. They had advanced warning that the Israelites were coming. The Exodus from Egypt, the defeat of Pharaoh’s army at the Red Sea, and the battles that took place on the way to the Promised Land were all known to the inhabitants of the land. This is made clear by what Rahab said to the two Hebrew spies (Joshua 2:9-11):

I know that the Lord has given you the land, that the terror of you has fallen on us, and that all the inhabitants of the land are fainting because of you. For we have heard how the Lord dried up the water of the Red Sea for you when you came out of Egypt, and what you did to the two kings of the Amorites who were on the other side of the Jordan, Sihon and Og, whom you utterly destroyed. And as soon as we heard these things, our hearts melted; neither did there remain any more courage in anyone because of you, for the Lord your God, He is God in heaven above and on earth beneath.”

The right response to this display of God’s power would have been repentance and unconditional surrender. The Old Testament testifies to the fact that this always results in mercy (see, for example, Jeremiah 18:7-8 and the book of Jonah).

The cities that were destroyed in the book of Joshua were, according to archaeological evidence, not civilian populations, but military strongholds. “That means that Israel’s wars here were directed toward government and military installments; this is where the king, the army, and the priesthood resided. The use of ‘women’ and ‘young and old’ was merely stock ancient Near Eastern language that could be used even if women and young and old weren’t living there. The language of ‘all’ (‘men and women’) at Jericho and Ai is a ‘stereotypical expression for the destruction of all human life in the fort, presumably composed entirely of combatants.’ The text doesn’t require that women and young and old must have been in these cities.”2

The experience of Rahab shows that the Canaanites were welcome to become part of God’s covenant community. They could have repented of their wickedness and renounced their idolatry. Rahab was received into the nation, and even became part of the promised line from which the Messiah came (Matthew 1:5).

The language of destruction and slaughter is used, but it is often used in a context in which expulsion from the land is clearly meant, for example, Deuteronomy 9:3-5:

Therefore understand today that the Lord your God is He who goes over before you as a consuming fire. He will destroy them and bring them down before you; so you shall drive them out and destroy them quickly, as the Lord has said to you.

When Moses spoke to the Israelites before they entered the Promised Land he told them how they could enjoy God’s blessing in the land and also warned them of the conduct that would result in their expulsion and exile. In his summing up and final appeal he said, “I call heaven and earth as witnesses today against you, that I have set before you life and death, blessing and cursing; therefore choose life, that both you and your descendants may live” (Deuteronomy 30:19). The point he was making is that life is synonymous with enjoying the blessing of the Promised Land.

Moses held out to the people life and death, blessings and curses, and urged them to choose life – which meant, quite specifically, living in the promised land as opposed to being sent into the disgrace of exile.3

Thus, being put out of the Promised Land is called death and described as destruction. The Lord’s intention was the cleansing of the land from the defilement of the nations. It needs to be remembered as well that God warned the Israelites that if the Israelites followed the path of the nations then the same fate would be visited on them, and it was – exile from the land. So, the language of complete destruction of every living thing is ancient near eastern rhetoric for complete victory, and what was demanded by God was eviction, not annihilation.4

God is the author of life and has the right to take it whenever He sees fit. He is also the source of moral value, and as such, everything He does is, by definition, right, even if we don’t understand it. In addition, these were instructions that were given for a specific occasion, and there is no normative command to engage in physical warfare in God’s name. He used the nation of Israel as His instrument of judgment on the evil Canaanites (just as He used the Babylonians as His instrument of judgment against the Jews centuries later). This shows there was no genocide, there was no ethnic animosity. There was righteous recompense on wicked and unrepentant nations. It is still terrifying, but “Aslan is not a tame lion.”

“Aslan is a lion – the Lion, the great Lion.” “Ooh” said Susan. “I’d thought he was a man. Is he quite safe? I shall feel rather nervous about meeting a lion” … “Safe?" said Mr Beaver… “Who said anything about safe? ‘Course he isn’t safe. But he’s good. He’s the King, I tell you.” (C. S. Lewis, The Lion, the Witch and the Wardrobe)