Context is important. If I told you I saw a man running up to an unsuspecting little boy and rugby tackling him, breaking the boy’s arm in the process, you might want to know was the man reported to the police. 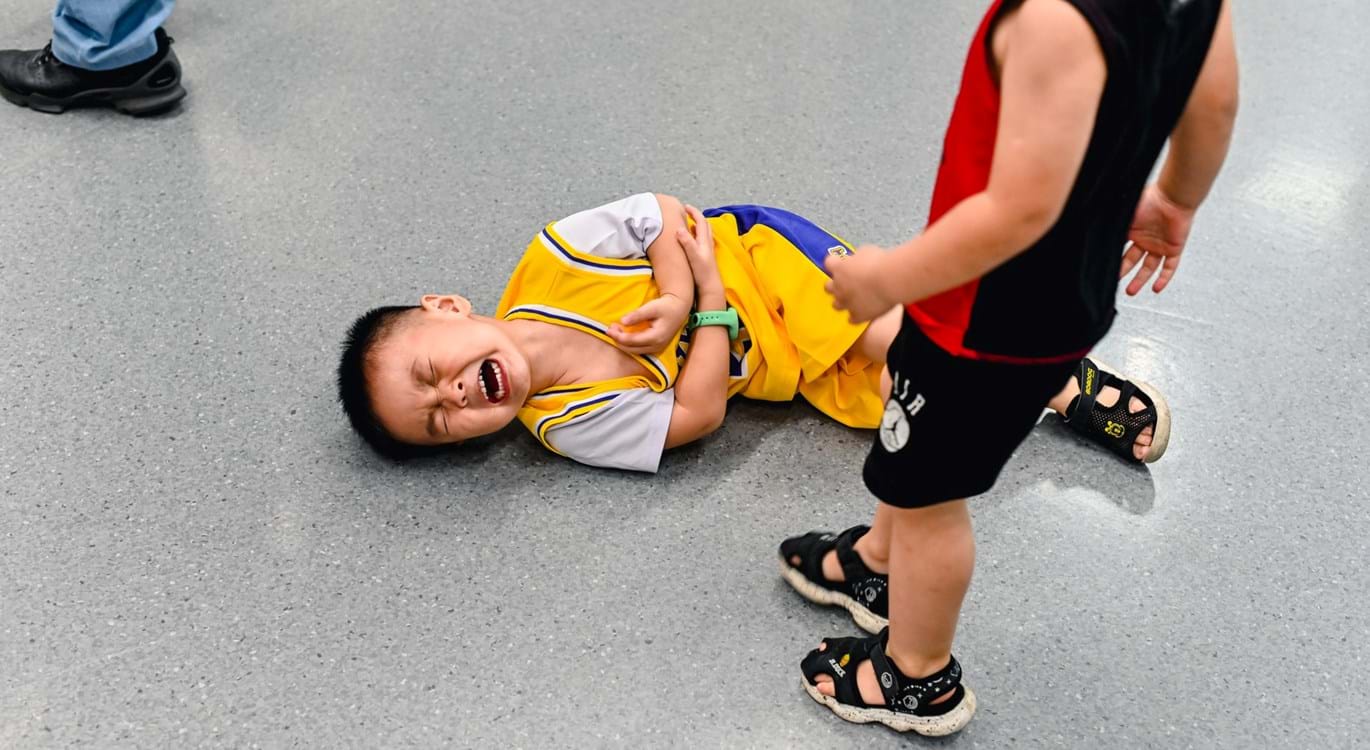 However, a bit of context changes the picture – the boy had wandered into the road and the man saved his life. What seemed cruel is now shown to be noble and good. We need to make sure we have all the facts before we rush to condemnation.

This is especially true when it comes to condemning the Bible. A lot of people are in a hurry to condemn the God revealed in Scripture as cruel based on a shallow understanding of out of context passages.

So, what do we make then of the passages that make us wince? Before diving into the particulars remember three things. First of all, God is the only possible foundation for morality. It makes no sense to talk about God being unjust, because that implies there is a standard of justice outside of God that He has to conform to. God is the standard of goodness. Anything He does is, by definition, right. Secondly, the Bible has proven itself to be God’s word (more resources on this subject here), if therefore we find something in it that seems wrong, then either we are wrong or our interpretation is wrong, what can’t be the case is that God’s word is wrong. Thirdly, God has revealed Himself fully in Christ (John 1:18; Hebrews 1:1-3). If we want to know exactly what God is like, look at Jesus – He tells the full story and gives the complete picture.

Let’s now look at a couple of issues that people think are examples of cruelty on God’s part:

One particularly troubling example of capital punishment being carried out is the execution of Achan and his family in Joshua 7. Against God’s command, Achan took spoil from the city of Jericho. When this came to light, Achan and his family were stoned to death. There are three issues to deal with:

1. Why would God want anyone to be stoned to death?

It seems such a brutal means of execution, why would God not institute something more humane as a death penalty? There are a few things to keep in mind – first, it was a brutal world, life was hard, and people were a lot less squeamish about such things back then. It is the transforming power of the gospel in culture that has resulted in us looking at such things with such horror. In lands where the gospel’s impact has not been widely known or deeply felt, there still is such brutality. As we said in one of our previous articles, there were provisions in the Mosaic law that were included, not because they reflected God’s perfect ideal, but “because of the hardness of your hearts” (Matthew 19:8). Secondly, the penalty was supposed to act as a deterrent, and it clearly did. In the records of Israel’s early history we have a few instances of the penalty being legitimately carried out (Leviticus. 24:10-23; Numbers 15:30-36; Joshua 7), and that is it – the marker had been laid down, God is serious about this, and the people got the message: “all Israel shall hear and fear” (Deuteronomy 21:21). Thirdly, it was a collective form of execution – it was the whole congregation of Israel that was responsible for putting the offender to death. They didn’t have an executioner. This heightened the solemnity of the issue and helped drive the message home.

God knows better than we do what is required in different circumstances. This was the sentence for certain crimes for the nation of Israel living under the Mosaic Covenant. It is not a command for all nations for all time. And let us remember, our society is really in no position to give God advice on just punishments and effective deterrents.

2. Why would God want Achan to be stoned to death?

What had Achan done that was so serious? Well, this was Israel’s first battle after crossing Jordan into the Promised Land; God had given a specific command that nothing was to be taken from Jericho for themselves – it was all devoted to destruction. Achan’s sin was an act of direct rebellion. The nation of Israel was being used by God to purge the land of Canaan of its idolatry and immorality; it would therefore be hypocritical of God to permit an idolatrous and immoral man to inflict judgment on the Canaanites.

3. Why would God want Achan’s family to be stoned to death?

God’s law forbids children from being executed for the crimes of their fathers:

This establishes that Achan’s family were complicit in his crime. After all, if someone buries a robe, 200 pieces of silver and a bar of gold in his tent, it is pretty obvious that the other people who live in the tent will know about it. It is not the case then that his family were innocent parties. They shared in the punishment because they shared in the guilt.

“70 years of sin, eternal punishment?! Talk about an overreaction! The punishment doesn’t fit the crime. 70 years of sin should result in 70 years of punishment – an eye for an eye.” This was the content of a (very understandable) rant from a man I was speaking to. There are two things I think we should bear in mind as we look at this subject.

a) The infinite holiness of God

When we look at it like that it is no surprise that the Bible teaches eternal punishment. God is infinitely holy and sin-hating. Every sin defies His authority and also defaces His image. He has created us in His image, as His representatives, and when we sin we demean Him. “Hell is God’s declaration to the universe that what every sin demeans is of infinite worth.”1 To sin against Him is to commit a crime of infinite seriousness which carries with it an infinite penalty. That is why the punishment lasts forever – as finite creatures we can never pay an infinite penalty.

b) The intrinsic value of man

Believe it or not, everlasting separation from God is morally superior to annihilation…Why would God be morally justified in annihilating somebody? The only way that’s a good thing would be the end result, which would be to keep people from experiencing the conscious separation from God forever. Well, then you’re treating people as a means to an end…What hell does is recognise that people have intrinsic value. If God loves intrinsic value, then He has got to be a sustainer of persons, because that means He is a sustainer of intrinsic value. He refuses to snuff out a creature that was made in His own image. So in the final analysis, hell is the only morally legitimate option.2

If people don’t want God, then they will be exiled from Him, but not extinguished by Him. In the end, they get what they want – separation from God. And even if they could pay the penalty for past crimes (which they can’t), their ongoing rebellion necessitates ongoing punishment.3

Lamentations 3:33 tells us, “For He does not afflict willingly [literally, from His heart], nor grieve the children of men.” God takes no pleasure in human suffering. He only allows it when it is necessary, and, in order to save us from the eternal punishment we deserve, He willingly bore the penalty for us on the cross. Such a God is worthy of our trust – He is good.