Back in 2012, the Church of England voted down legislation to approve women bishops. The Prime Minister, David Cameron, expressed his frustration, saying that the Church needed to “get with the programme”. 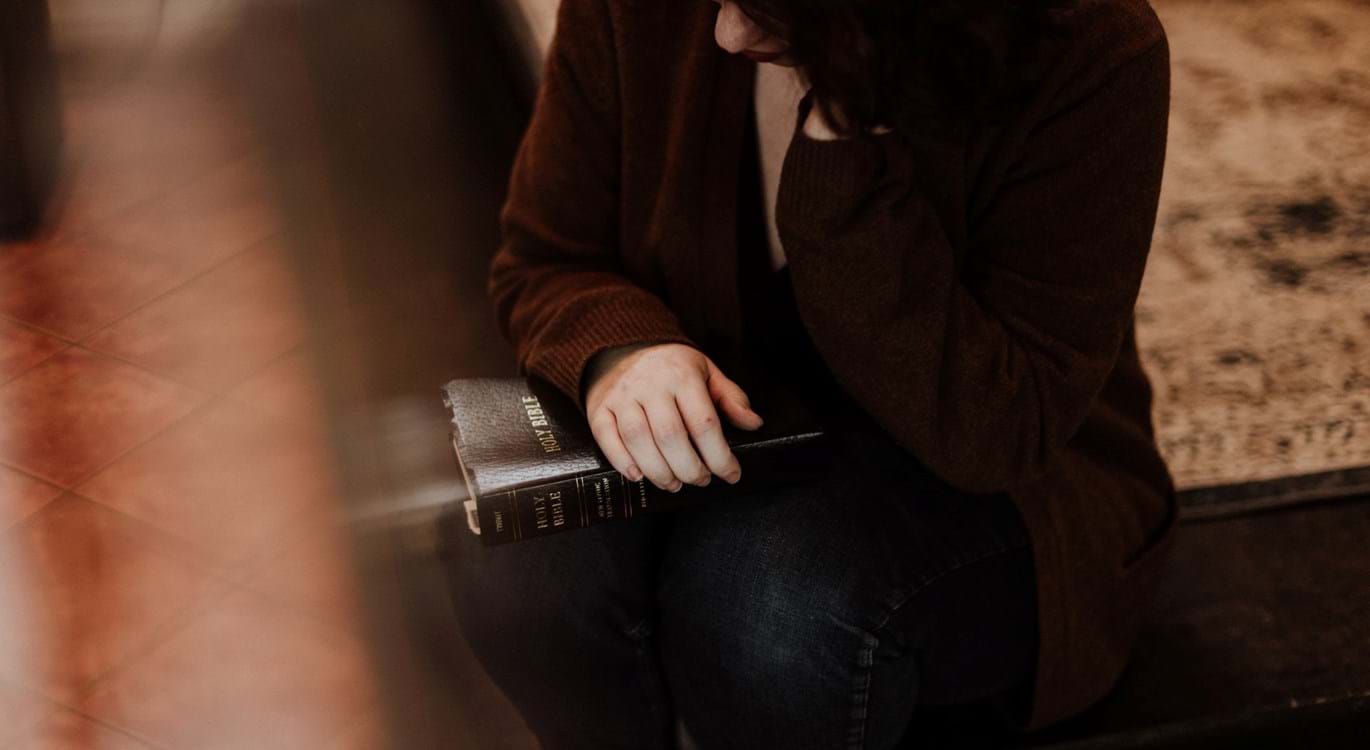 They did, of course, “get with the programme” a couple of years later, and so have many other churches. A few churches here and there still haven’t got on board. Why is that? Well, they recognise that the job of a local church is not to get with the programme set by politicians or society. There is another programme that Christians are called to follow, and it is laid out in Scripture. Because of this, they, and the Bible, have been charged with misogyny, i.e., “dislike of, contempt for, or ingrained prejudice against women”. This is a serious charge. Is the Bible guilty? Hardly. Let’s look at the facts.

The Bible asserts that men and women are equal in value but different in role.

Genesis 1:26-27 emphasises that men and women are both created in the image of God:

Then God said, “Let Us make man in Our image, according to Our likeness; let them have dominion over the fish of the sea, over the birds of the air, and over the cattle, over all the earth and over every creeping thing that creeps on the earth.” So God created man in His own image in the image of God He created him; male and female He created them.

The very first chapter of the Bible establishes that women are equal in worth to men.

Genesis 2 teaches that God made one woman for one man – the relationship was to be committed and exclusive. Polygamy was not God’s will, and the Bible’s recording of it is only intended to show how harmful it is. Everywhere it is found it is shown to be bad.

“From Lamech’s wives to those of Abraham, Esau, Jacob, David, and Solomon, wherever we see God’s ideal of monogamy ignored, we witness strife, competition, and disharmony. The Old Testament presents polygamy as not only undesirable but also a violation of God’s standards. Old Testament narratives subtly critique this marital arrangement.”1

When we look at the New Testament, we see that the Lord Jesus was counter cultural in His interactions with women. For example, He had women amongst His band of followers (Matthew 12:49-50; Luke 8:1-3) and He let Mary of Bethany sit at His feet with the men and be instructed by Him, rather than send her to help Martha with the cooking (Luke 10:38-42). Eliezer, a first century rabbi, said that if anyone who teaches his daughter the Law (of Moses) it is as if he taught her promiscuity, and it would be better to burn the Law than teach it to a woman. Christ did not share that view. We find Christian women had valuable roles in the life of the early church (e.g., Acts 18:26; Romans 16; Philippians 4:2-3). The gospel teaches that there is no distinction between the standing of men and women before God in Christ. In fact, Paul says all Christians (male and female) are sons of God. Some take that to be sexist, but the very opposite is the case. In that time, the sons, not the daughters, shared in the family business and got the inheritance. Paul is saying that every Christian has that position before God.

That all sounds good, but there are some passages that certainly appear to demean women. Let’s have a look.

This passage teaches that woman is ceremonially unclean for 40 days after giving birth to a boy, but 80 days after giving birth to a girl. So, are girls twice as unclean as boys? Given what we have already looked at, this is a very weak basis to argue for the Bible being misogynistic. There are various explanations for this law. The period of ceremonial uncleanness meant the mother couldn’t come to the temple, and the fact that this was twice as long for the mother of a girl rather than a boy is taken by some to communicate a message of special protection for girls rather than boys – the mum was given twice as long off before she was expected to get back into normal life. Others suggest this law communicated that, in contrast to the nations around with their fertility cults and temple prostitutes, the temple wasn’t the sphere of women’s operation in Israel.

“Another plausible explanation focuses on a natural source of uncleanness – namely, the flow of blood. Verse 5 refers to the reason: it’s because of ‘the blood of her purification.’ The mother experiences vaginal bleeding at birth. Yet such vaginal bleeding is common in newborn girls as well, due to the withdrawal of the mother’s estrogen when the infant girl exits the mother’s womb. So we have two sources of ritual uncleanness with a girl’s birth but only one with a boy’s.”2

And once the time of purification is over, an identical purification offering is to be made whether it is for a son or a daughter, showing that females aren’t viewed as being more defiled than males.

In this section we learn how people could show their willingness to serve Him, even though they couldn’t actively serve in and for the tabernacle (because they weren’t Levites). In lieu of their service they could give an equivalent value. But males are valued at more than females – does this not mean women are less valuable than men? This is to do with work connected to the tabernacle, and, generally speaking, men have higher economic marketability than women for manual labour. Clearly it isn’t a statement on one’s value as a person because a female aged between twenty and sixty has a higher price than a male in the older age bracket, and that obviously does not mean that the ancient Israelites thought older men had less worth than younger women. This was a society that extolled the value of the elderly, but it recognised that when it came to manual labour, there was more output from younger women than older men. Similarly (and this shouldn’t be controversial), there is more output from men than from women of similar ages (generally). Some footballers are worth more than others, but this isn’t a statement of their worth as people but as footballers. Similarly, this isn’t a statement on the worth of men and women as people but as workers in the tabernacle.

The tenth commandment forbids coveting what belongs to someone else. It says you aren’t to covet your neighbour’s house, wife, servant, ox, donkey or anything that belongs to him. The implication is that a wife is lumped in the same category as house, servant, ox and donkey, as being the property of the man. But a woman does belong to her husband in the very same way a husband is said to belong to his wife (e.g., Genesis 3:6; Song of Solomon 6:3). Wives, unlike houses, oxen and donkeys, could not be sold. The fifth commandment commands that mothers are to be honoured as well as fathers, but in other cultures in the ancient Near East mothers were under the control of the son. Mothers are certainly not viewed as chattels. The teaching throughout the Bible (see especially the book of Proverbs) is that mothers are to be revered and listened to.

Then finally, there was a patriarchal reason for this – the priests were the leaders and teachers in Israel, and, like it or not, God’s will is that the man functions as the leader. This brings us to our next major subject. Although men and women are equal in value, they are different in role.

The Bible teaches that men and women have different God-given roles and spheres of responsibility. The man is placed by God in a position of leadership. This was reflected in Old Testament Israel, and it is to be reflected in the New Testament church. The Bible teaches that the head of the woman is the man. This does not imply inferiority because the head of Christ is God, yet the Bible teaches Christ is equal with God. The headship of man is to be demonstrated in leadership and teaching in the church (1 Timothy 2:11-12), and the woman observing the symbol of head covering (1 Corinthians 11:1-16).

This is offensive to many, but there are many things the Bible teaches that people find offensive – the fault isn’t with the Bible, it is with our arrogant assumption that our culture is right. Throughout history every culture has had problems with the Bible, including the culture in which the Bible was written. This is because, although the Bible was written within a culture, it was not sourced in that culture. The things that our culture struggles with are not the things other cultures have had difficulties with. For example, the average person in Britain today would approve of the Bible’s teaching on loving and forgiving your enemies, but would have big issues with the Bible’s teaching on hell, but in the Britain of 1000 years ago the opposite was the case. The idea of loving and forgiving one’s enemy didn’t fit well within an honour and shame culture, but the idea of hell fitted quite comfortably. It is what C. S. Lewis called “chronological snobbery” to give “uncritical acceptance of the intellectual climate common to our own age and the assumption that whatever has gone out of date is on that account discredited.”3

Up until the very recent past, everyone recognised that women are better fitted for some roles and men for others. This is not oppression but reality. And it shows up when we aren’t thinking about it. For example, when the husband hears a clatter downstairs during the night, he doesn’t say to his wife, “It’s your turn to go down and check; I did it the last time.” That’s an “equality” that no one insists on or wants. It is the role of the man to put himself in danger for his wife and family. Likewise, God has given the man the responsibility of leadership.

The real misogyny is not from those who recognise the unique glory women have, but from those who say that women have to suppress their God-given instincts, despise their uniqueness, and try to behave like men.

A lot of churches have heeded David Cameron’s call to “get with the programme.” However, God has another programme. The roles of men and women reflect the love story of Christ and His church. So, rather than being stuck in the past, biblical gender roles portray the eternal future.