5 of 7Series: Living in the Media Age

Although the word ‘icon’ has been around for centuries, it has taken on a new lease of life with the advance of visual communications, especially as the range of media platforms has expanded. Derived from the Greek word eikon, meaning likeness or image, it has long been used to describe ‘a person or thing regarded as a representative symbol or as worthy of veneration’ (Oxford Dictionary). As singers, movie stars and fashion models have been awarded this status, it has become, according to the Collins English Dictionary, one of the 10,000 most commonly used words in the language. 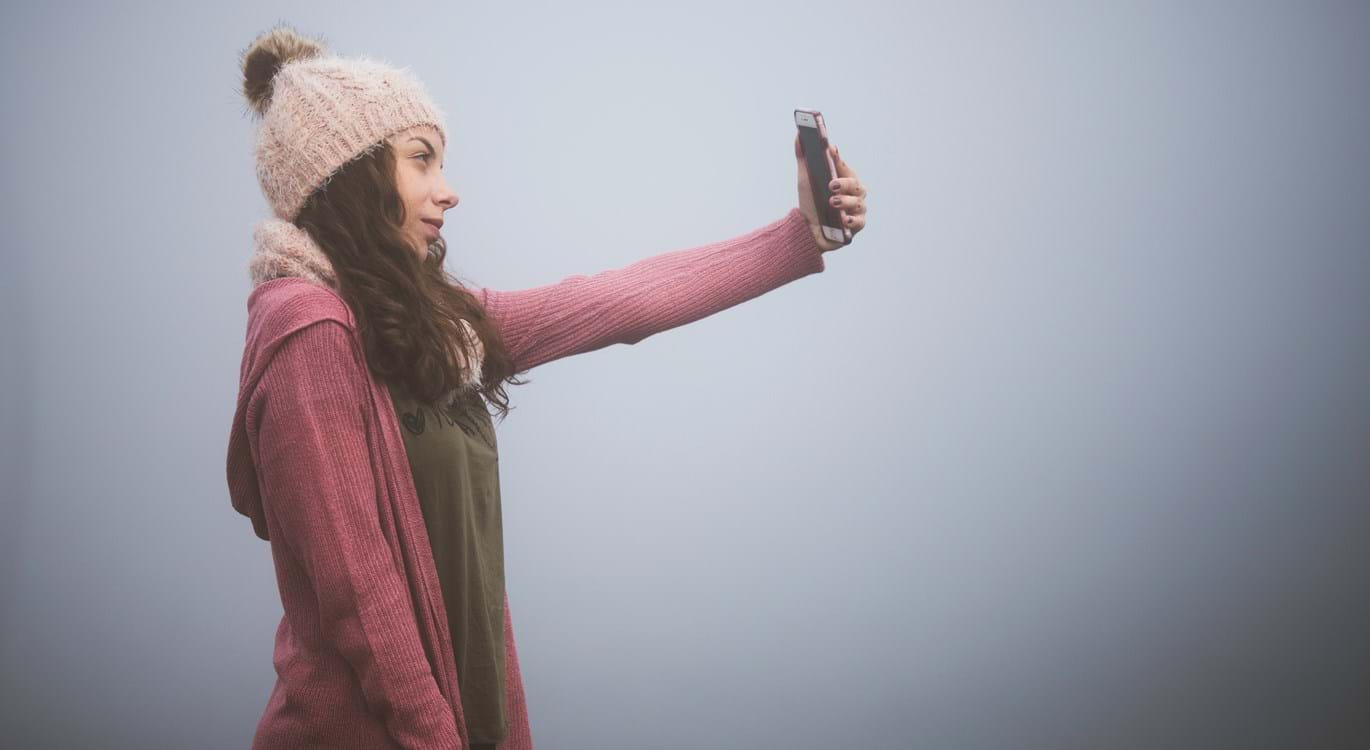 Conscious that their photographs will be displayed across the media, many of these celebrities enhance their appearances, sometimes almost beyond recognition, with make-up and designer clothing which draws attention to certain parts of their bodies. Some go even further and embark on cosmetic or plastic surgery – in 2016 the American Society of Plastic Surgeons reported more than $16 billion spent on ‘cosmetic plastic surgery and minimally-invasive procedures’. Many viewers covet the constructed images which celebrities portray as desirable, both to build self-confidence and to attract the interest of others. Selfie filters pander to this passion to appear stunningly beautiful or handsome. The Guardian noted on 9th August 2018: ‘Plastic surgeons are reporting that patients are coming to them with selfies of themselves edited using the filters on Snapchat or Instagram and asking to look more like the retouched photo’. How I look – my image – has got to be perfect.

Image has thus come to mean ‘the general impression that a person, organisation or product presents to the public’ (Oxford Dictionary), whereas its original meaning, according to the same source, was ‘the external form of a person or thing in art’ and was very closely connected with the simple word ‘likeness’.

This link is interesting. The Bible tells us, in a record made by Moses some 3,500 years ago, that on the sixth day of creation, ‘God said: “let us make man in our image, after our likeness”’ (Genesis 1:26), and in the following verse: ‘so God created man in His own image, in the image of God He created him’.

Whilst the full import of this is perhaps impossible to grasp, at the very least it signals that among God’s creatures we humans have the unique capacity to relate to Him. We were created to have a personal relationship with Him. As the first statement of the Westminster Catechism expresses it: ‘Man’s chief and highest end is to glorify God and fully to enjoy Him forever’.

Why, then, is the current trend so far removed from this biblical truth? The clue lies only a short distance further on in the text of the Bible, when the first man, Adam, chose willingly to rebel against the God who had made him and go his own way. Genesis 3:1-7 tells us that Adam’s wife, Eve, was tempted by the devil, who came in the form of a snake, to eat of the fruit of the one tree God had forbidden. She was deceived and ate, then offered the fruit to Adam, who also ate.

There is a strong correlation between the description of how the fruit appeared to Eve and the drivers behind today’s obsession with image. In Genesis 3:6 the fruit was ‘good for food [appealing to her inner appetite], a delight to the eyes [appealing to her eyes], and ‘to be desired to make one wise [appealing to her pride]’. Although image is about what is outwardly pleasing to the eyes, it is inextricably bound up with our inner desires and pride. The New Testament writer John tells us that these three things, namely ‘the desires of the flesh and the desires of the eyes and pride of life’, together encompass ‘all that is in the world’ (1 John 2:16).

The action of Adam and Eve brought disastrous consequences not only for themselves but for the whole human race. This is evident in Genesis 5:3: ‘[Adam] fathered a son in his own likeness, after his image’ (italics mine); the image of God in man had been marred and it was in this fallen image that Adam’s son was generated. Thus generation after generation has been marked by the same characteristics which brought about the fall of Adam and Eve: on one hand insatiable cravings – the Bible calls them ‘sinful desires’ – for prohibited things, and on the other hand selfish pride which projects super-attractive but unreal images to draw the eyes.

Even the secular world has expressed concerns about this. In August 2018 the tabloids quoted journalist Fiona Phillips saying that Love Island star Megan Barton Hanson’s £25k cosmetic surgery ‘won’t make her happy’. Few will disagree with that.

But is there any alternative? If having the right image is no guarantee of happiness and fulfilment, will these goals always elude us?

The Bible certainly offers hope, hope which is centred in a different kind of man, one who came to earth just 2,000 years ago. Jesus Christ is described as ‘the image of the invisible God’ (Colossians 1:15).

His perfect life revealed His uniqueness as the Son of God, but His purpose in coming to earth from heaven was to deal with that root problem of sin that is in us. It was in His death on a cross outside Jerusalem that He paid the price God’s holiness demands for sin, making it possible for sinners to be cleared from their guilt. Those who repent of their sinful ways and take Christ as their Saviour and Lord receive the gift of eternal life, which is ‘to know God’ (John 17:3). The marred image is restored, the relationship with God that Adam lost is regained, and true joy and satisfaction are experienced. Furthermore, there is the certain prospect of ultimately ‘being conformed to the image of [God’s] Son’ (Romans 8:29). That is true perfection.

(Bible quotations from the ESV)

5 of 7Series: Living in the Media Age