"He has made everything beautiful in its time. He has also set eternity in the human heart; yet no one can fathom what God has done from beginning to end" (Ecclesiastes 3:11) 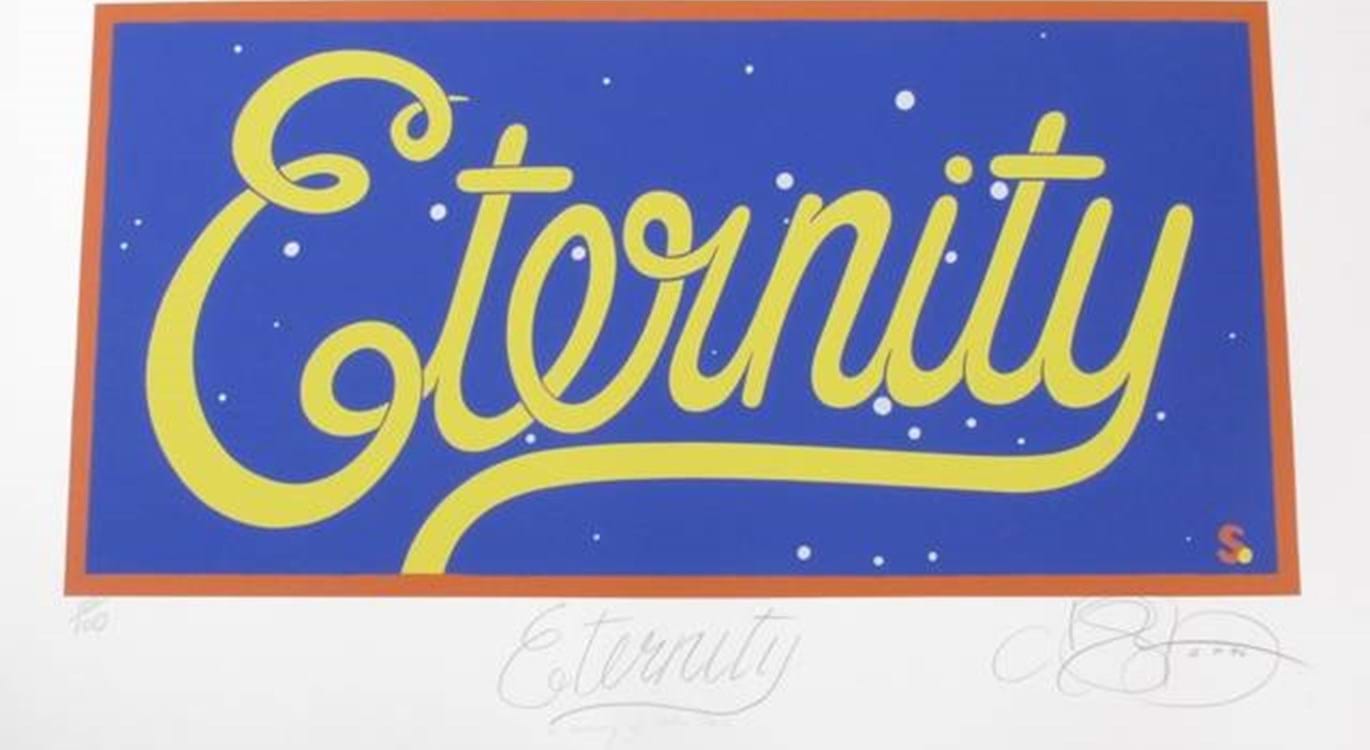 Although the name ‘Banksy’ has been given to a famous graffiti artist, his true identity is not widely known. He remains an anonymous figure whose work is usually undertaken during the hours of darkness.

Likewise, for over 25 years (between 1930-1956) the citizens of Sydney awoke to find a yellow chalk word, written on pavements, railway station platforms and walls. It was always in a distinctive writing style – a single word sermon, ‘Eternity’. Initially it upset the city council but, after a period, it became iconic and celebrated. It became a focus of media attention and the search was on to find the elusive character who was the source of this phenomenon.

In 1956, the Telegraph revealed that ‘Mr Eternity’ was Arthur Stace. Arthur, the son of alcoholic parents, had experienced a very difficult and troubled childhood. As a teenager, he himself became an alcoholic which led into crime and a chaotic lifestyle. When he was about 47, he heard a sermon by a preacher called John Ridley. Ridley had declared: ‘Eternity, Eternity, I wish that I could sound or shout that word to everyone in the streets of Sydney. You've got to meet it, where will you spend Eternity?’ Arthur’s life was immediately impacted.

Although illiterate and barely able to write his own name, Arthur was able to scroll ‘Eternity’ in copperplate font. After the discovery of his identity, the police turned a blind eye to his ongoing work. Indeed, it is estimated that the word was written more than 500,000 times over a period of 35 years. On New Year’s Eve 2000, the start of the new millennium and the Sydney Olympic year, global attention centred on the Sydney Harbour firework celebration. The word ‘Eternity’ in the style of Arthur Stace was emblazoned in fireworks across the bridge.

In old age, King Solomon looked back on his earlier attitude to life: ‘I commended enjoyment, because a man has nothing better under the sun than to eat, drink, and be merry’ (Ecclesiastes 8:15). Of course, when he applied his heart to wisdom, he reflected that such pleasures bring no lasting satisfaction. As Blaise Pascal observed, ‘There is a God-shaped vacuum in the heart of each man which cannot be satisfied by any created thing but only by God the Creator, made known through Jesus Christ.’

Simply living cannot satisfy the human heart.  Augustine put it like this: ‘You have made us for Yourself, O Lord, and our heart is restless until it rests in You.’